The official rollout of Android 7.0 to the S7 and S7 edge has started outside of Canada

The long wait for Android Nougat to arrive on Samsung devices is coming to a close.

SamMobile reports this morning that Samsung has started pushing out an official build of Android Nougat to European Galaxy S7 and S7 edge models.

Coming in at 215MB, the update, SM-G935F, includes Android 7.0, not the slightly improved and more feature rich 7.1, as well as this month’s security patch. 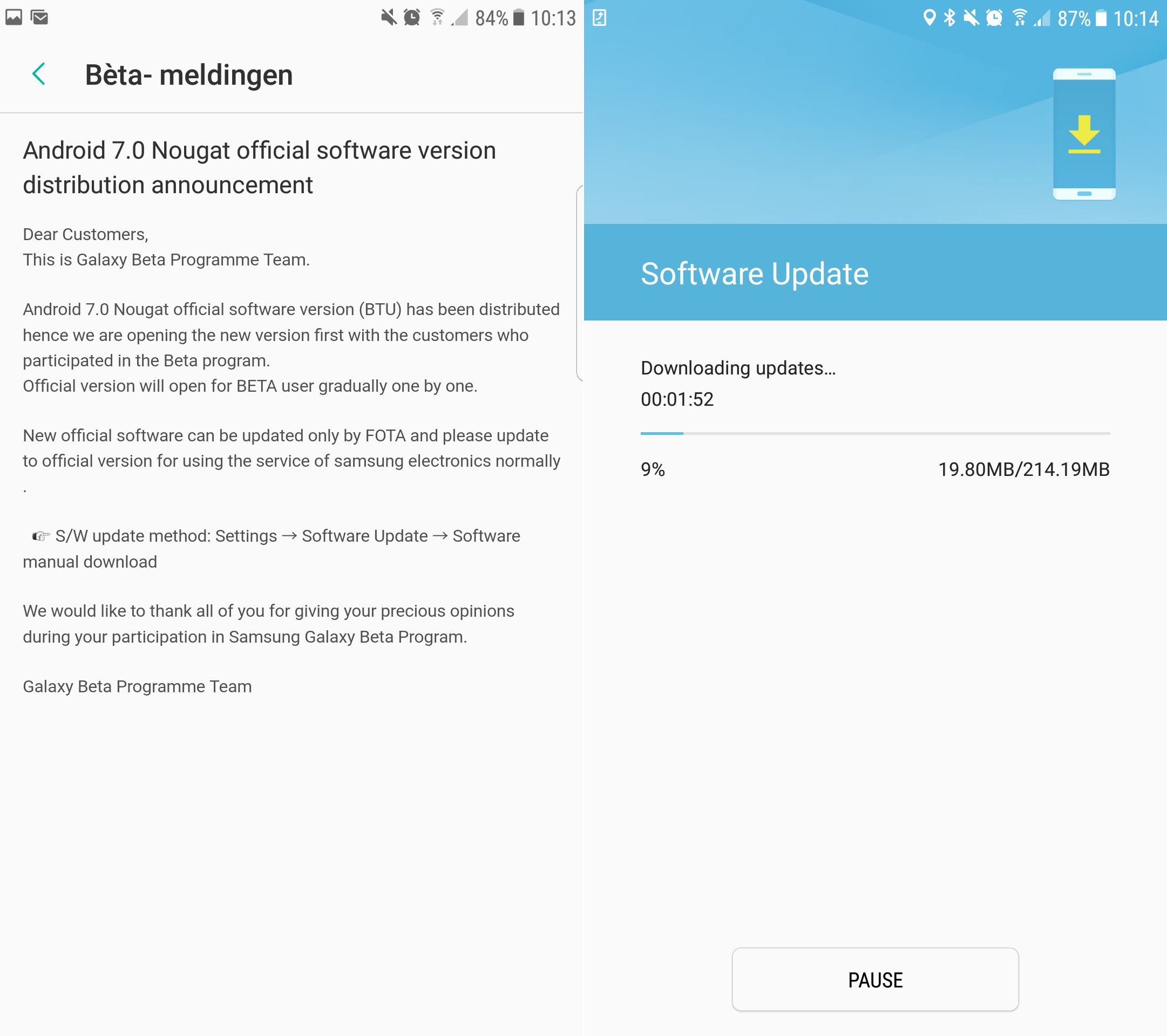 Neither Rogers nor Telus lists the update as pending on their websites, so it’s safe to say Canadian S7 owners on the big three networks will have to wait a bit longer to get their hands on the latest and greatest version of Google’s mobile operating system. When Samsung concluded its beta test of 7.0, the company said its goal was to start the official rollout of the update in January.

If you own an unlocked S7, have you received an notification prompting you to update to Nougat? If so, tell us in the comment section.