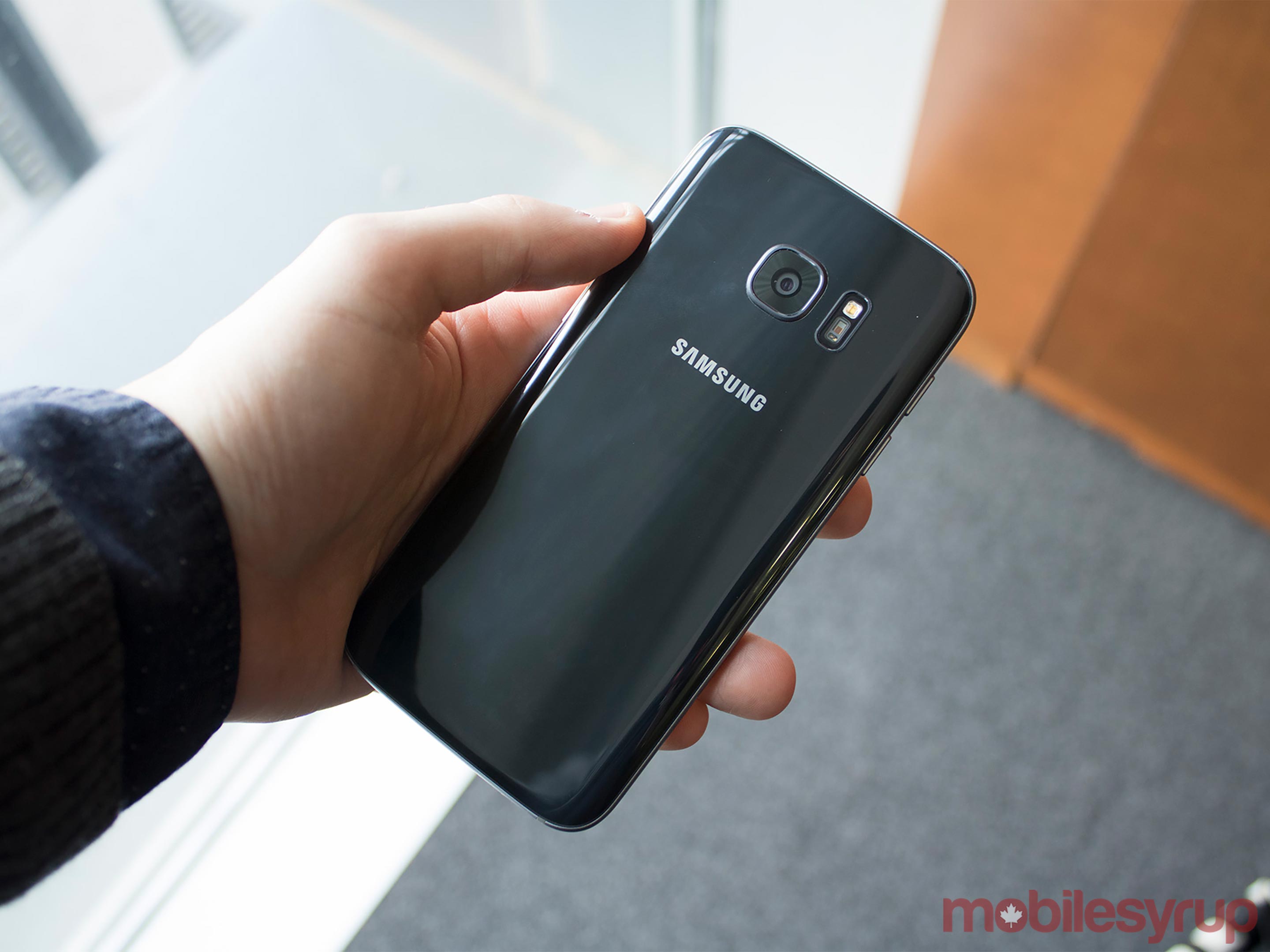 In a notice sent to users, Samsung announced that its Nougat beta program is coming to an end today.

“We would like to thank you for your interest and affection shown during this time,” says the notice. “We will try to apply most of the useful opinions shared by all of you in [the] official Nougat OS version.” 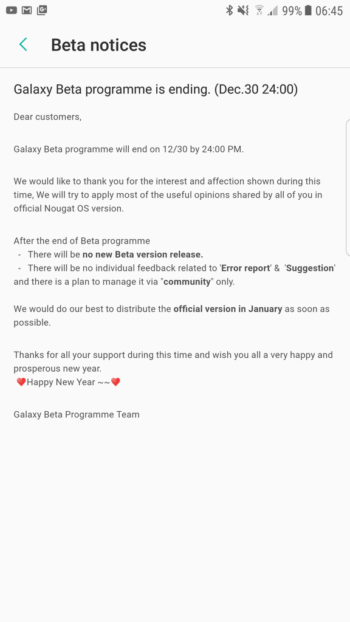 The company goes on to state that it plans to release the final version of its Nougat skin sometime in January. This past year, Marshmallow first came to the S7 before making its way to older devices like the S6 series.

While the beta never came to Canada (it was only available to S7 and S7 edge users in the U.S., U.K., South Korea and China), Canadian Samsung users did get a chance to see the skin thanks to screenshots shared by beta participants.

Besides adding the standard set of Nougat-related features, Samsung’s Nougat skin also adds a number of enhancements related to the company’s specific of Android, including a new always on display mode and a new blue light filter, among other features.