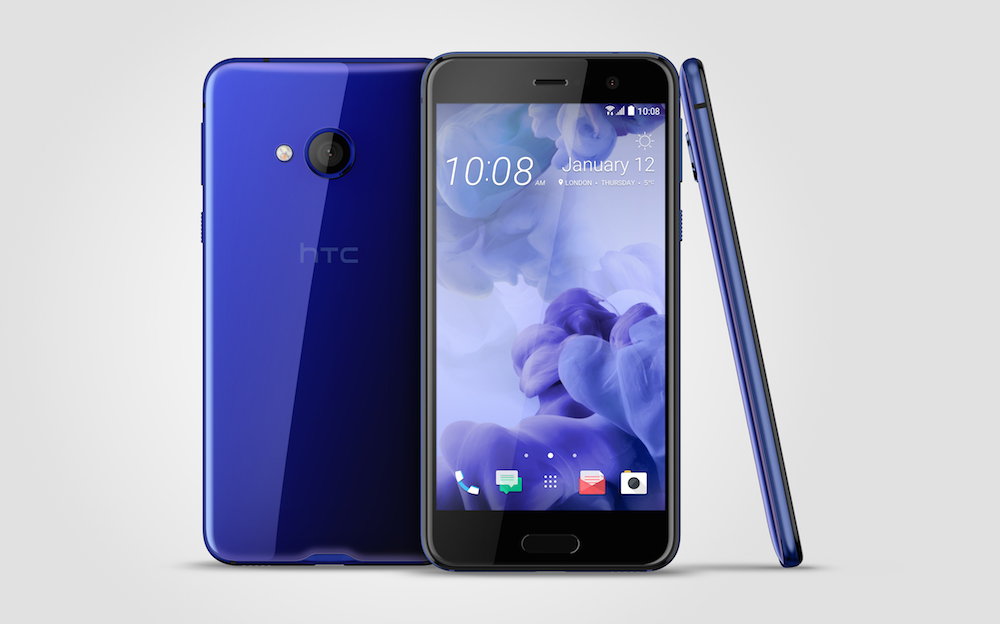 Alongside its new 2017 flagship, the U Ultra, HTC announced today the U Play.

A more modest take on the U Ultra, the U Play trades in that phone’s high-end specs while retaining its premium casing, adding in some minor aesthetic flourishes that make it more reminiscent of the HTC 10. It features a MediaTek Helio P10 processor; 3GB or 4GB of RAM, depending on the model; 32GB or 64GB of expandable storage; a front-facing fingerprint sensor and a modest 2,500 mAh battery. It also doesn’t include the U Ultra’s second horizontal display, and trades instead features a Full HD display rather than a QHD one.

Due to support issues related to its MediaTek processor, the U Play will come with Android Marshmallow, not Nougat. On the bright side, the phone ships with HTC’s new Sense Companion personal assistant and USonic software. The latter creates a unique sound profile for listening to music while wearing headphones that’s tailored to each ear. Neither the U Ultra nor the U Play features a 3.5mm headphone jack.

Like the U Ultra, the U Play does not support Band 66, which is to say it won’t work on Freedom Mobile’s recently launched LTE network. It also includes a less capable Cat 6 modem, with LTE speeds maxing out a theoretical limit of 300Mbps.

In terms of camera package, the U Play will ship with a 16-megapixel sensor with f/2.0 aperture lens that comes with phase autodetection and optical image stabilization. No low-light UltraPixel technology to be found here. However, the 16-megapixel front-facing camera does ship with the company’s UltraPixel technology, which should make it quite capable of shooting selfies in less than ideal lighting conditions.

HTC has not announced Canadian pricing and availability. We’ve reached out to the company to find out if it plans to bring the U Play, as well as the U Ultra, here. We’ll update this article when we learn more. Stay tuned.

Update 01/25/17: We were told the following by HTC regarding Canadian availability of the phone:

“For the HTC U launch, we’re currently focused on the US market in North America and will have an update on Canada at a later date.”