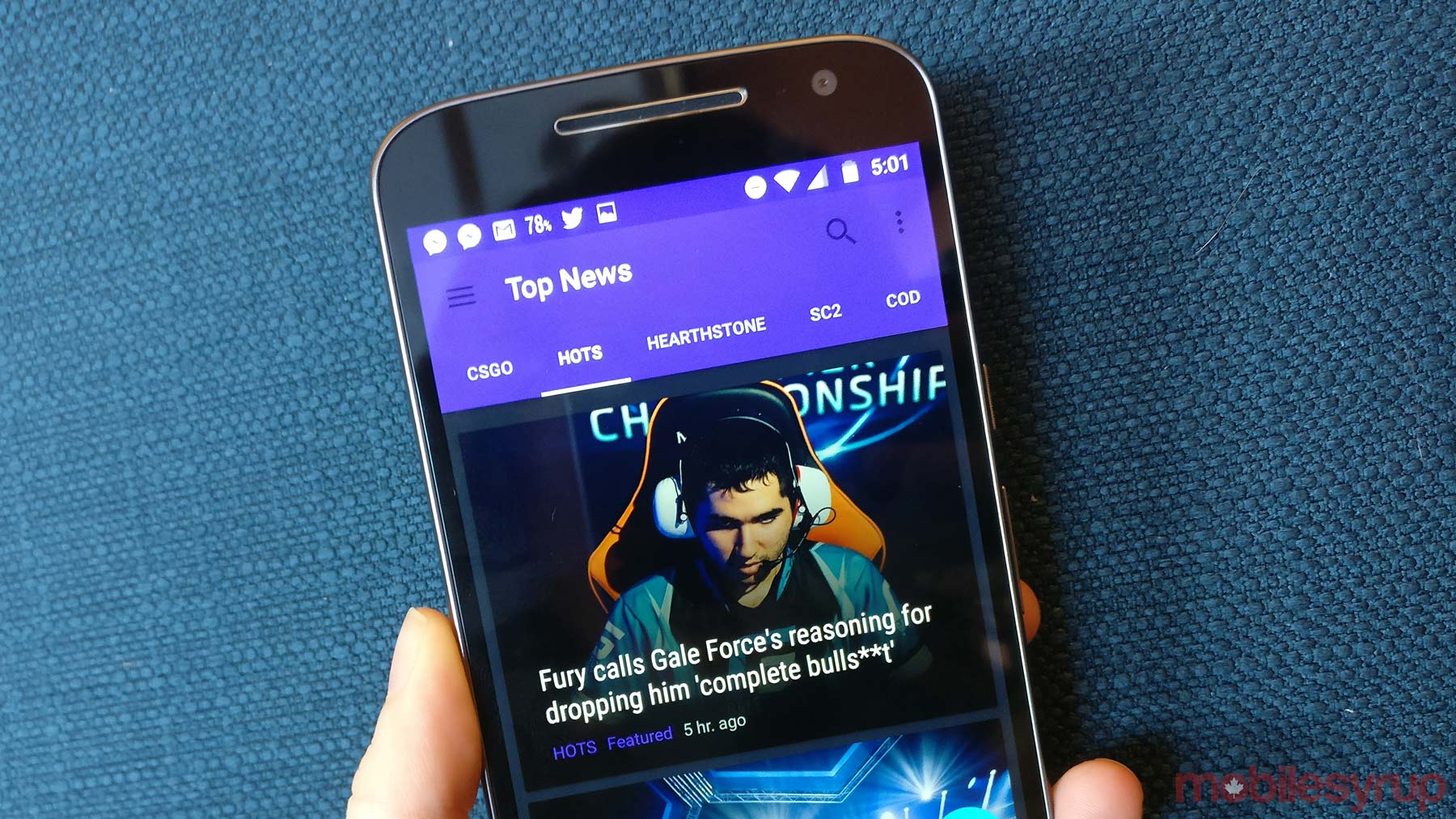 Canadian-based sports news app The Score recently released its earnings for the first fiscal quarter of 2017.

According to documents sent to MobileSyrup, the sports app achieved a quarterly revenue of $8.5 million CAD compared to a recorded $7 million at the same time last year.

EBITDA (Earnings before interest, tax, depreciation and amortization ) loss for the period, which concluded on November 30th, 2016, was $0.4 million, compared to a loss of $2.3 million during Q1 2016. Net loss for the first fiscal quarter of 2017 was $0.8 million compared to a recorded net loss of $3.1 million year over year.

Expenses on the other hand, totalled $9.4 million for the quarter, which in turn produced an overall operating loss of $941 thousand and a net loss of $753 thousand.

“Our priority now is focusing on audience growth, something we’ve been actively working on through an exciting new feature roadmap for our flagship app, while continuing to explore opportunities and strengthen our early foothold in new and exciting areas with high growth potential, like bots and esports,” said aid John Levy, founder and CEO of The Score, in a statement.

It’s important to state that while the company did not generate a profit this quarter, the gap between its expenses and revenue is consistently closing. These numbers continue The Score’s trend towards profitability compared to the final quarter of 2015, during which time the company generated $7 million in revenue and spent $10 million on expenses.

It’s also important to state that The Score’s net loss has dropped significantly compared to the same period a year prior from $3.1 million to $753 thousand. In addition, the company reported $36 million in total assets compared to $37 million a quarter prior.

In regards to audience engagement, The Score increased its average monthly sessions for its mobile apps to 459 million from 414 million a year prior. Its users open The Score apps 98 times per month on average, though its monthly active users took a slight hit from 4.8 million this time last year to 4.7 million.

The Score to dominate iPhone with NBA deal