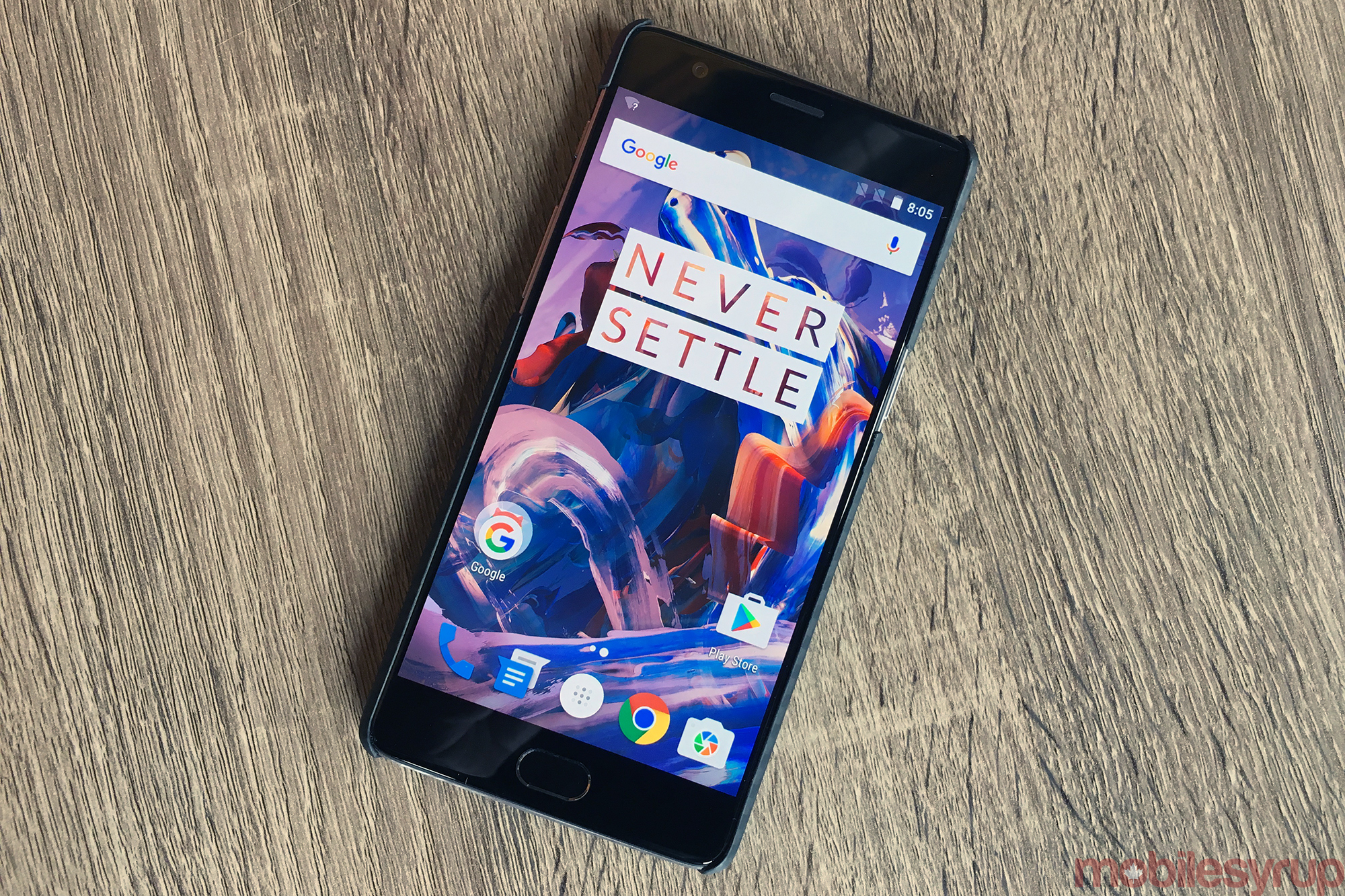 Will the OnePlus 3 further its company’s well-known ambition to slay flagships?

MobileSyrup is currently investigating that question, along with other queries, when it comes to the latest OnePlus device, and will have an in-depth review shortly. In the meantime, we wanted to give you a look at what is undoubtedly one of the best looking, strongly specced phones under $600 available to Canadians.

The OnePlus 3 features a super-sleek aluminium unibody design and 5.5-inch AMOLED 1080p display. It runs on 6GB of RAM, 64GB of ROM and a Snapdragon 820 processor. Also under the hood is a 3,000mAh battery, which includes the company’s new “Dash Charge” technology which can purportedly charge the phone to 60 percent in 30 minutes.

Its primary shooter is a 16MP camera with a ƒ/2.0 lens and optical image stabilization (OIS), while on the front the phone features a 8MP shooter with a ƒ/1.4 lens.

The OnePlus 3 is currently available to purchase unlocked straight from the company’s website for $519 Canadian. Below you’ll find a collection of photos from the review kit sent to the MobileSyrup office, which came along with the OnePlus Loop VR headset. 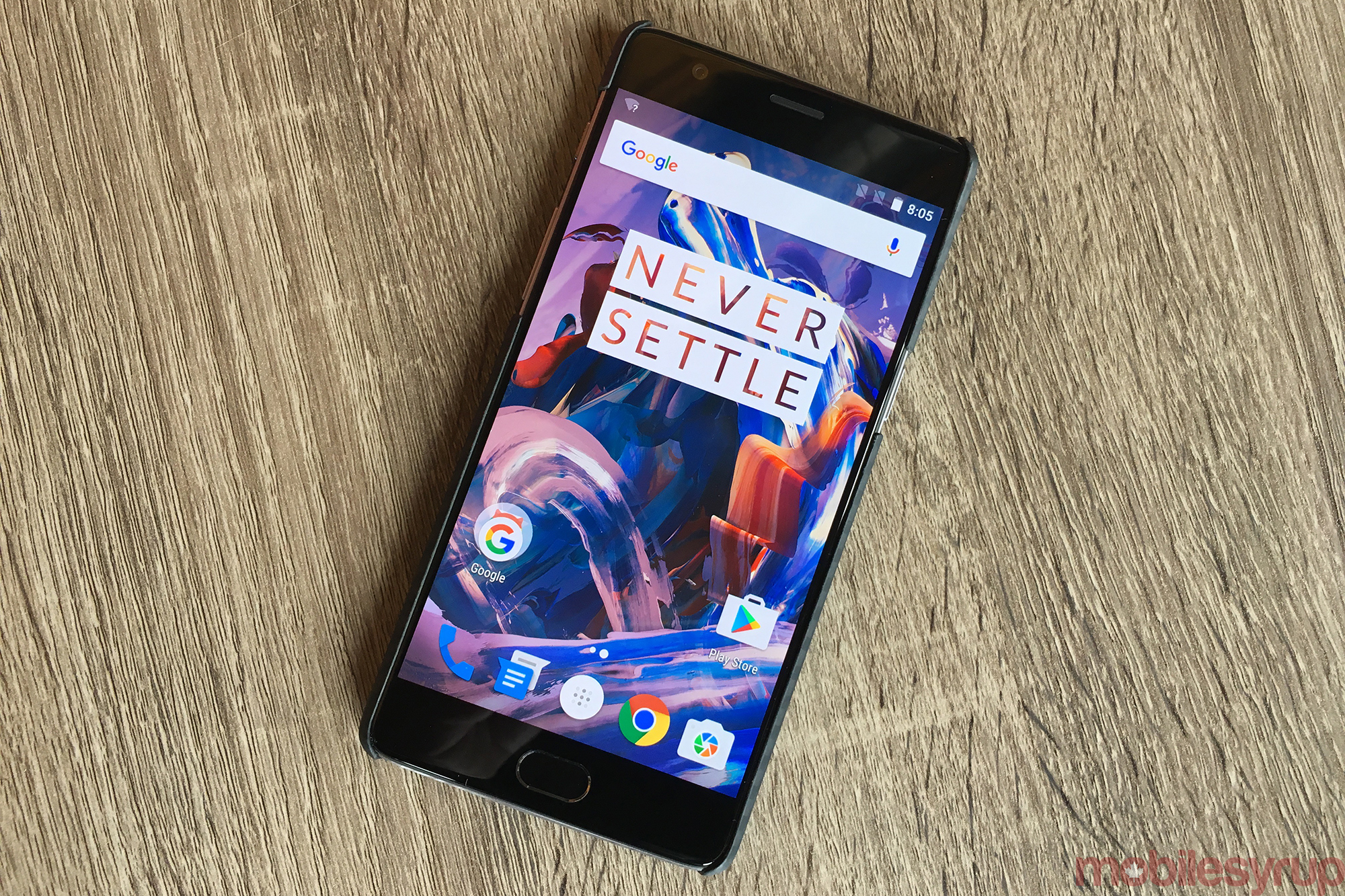 The OnePlus 3 in its full glory, with its 401 ppi display. 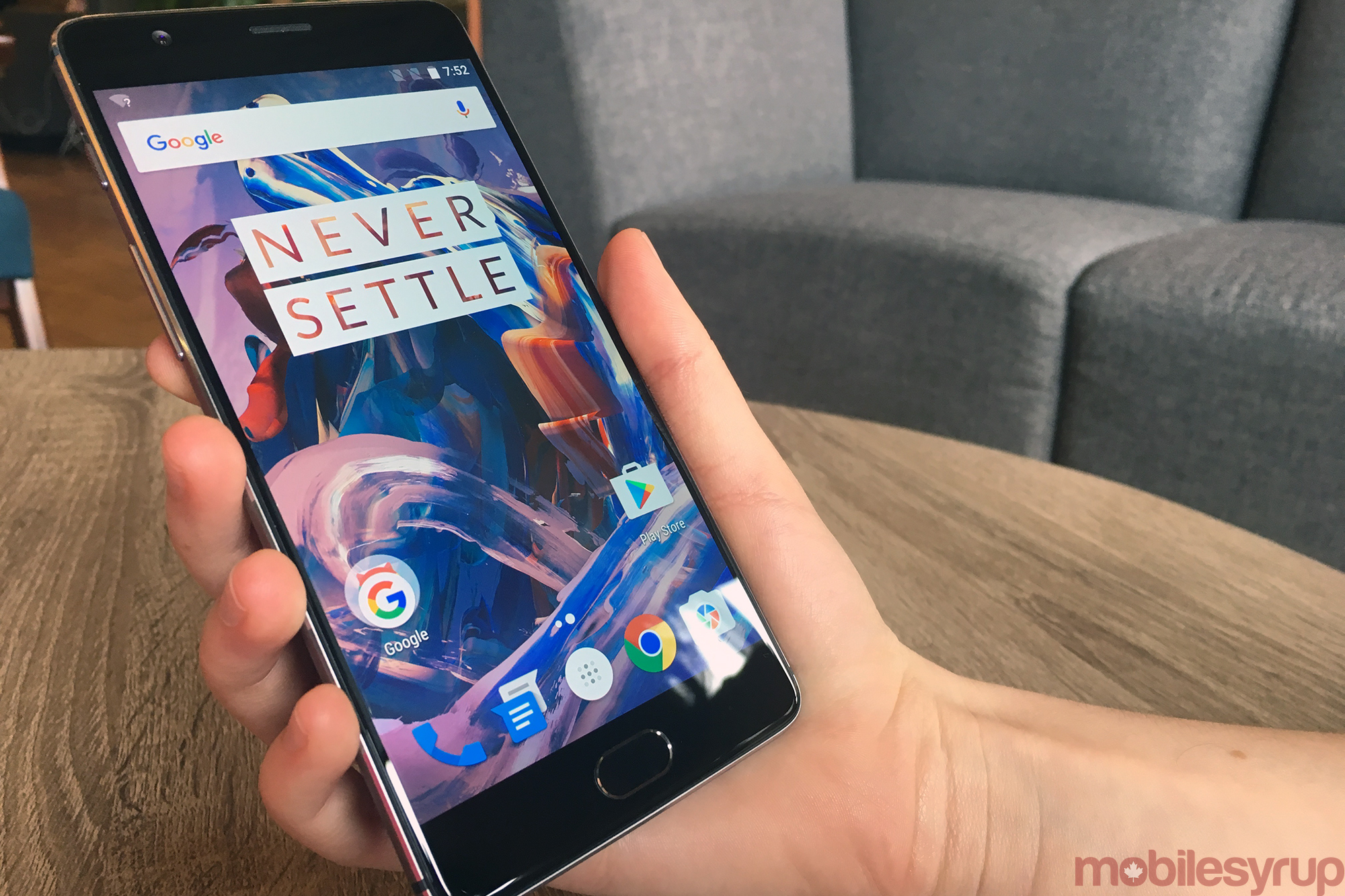 The phone runs Marshmallow, Android 6.0.1, with its own Oxygen OS skin overtop. 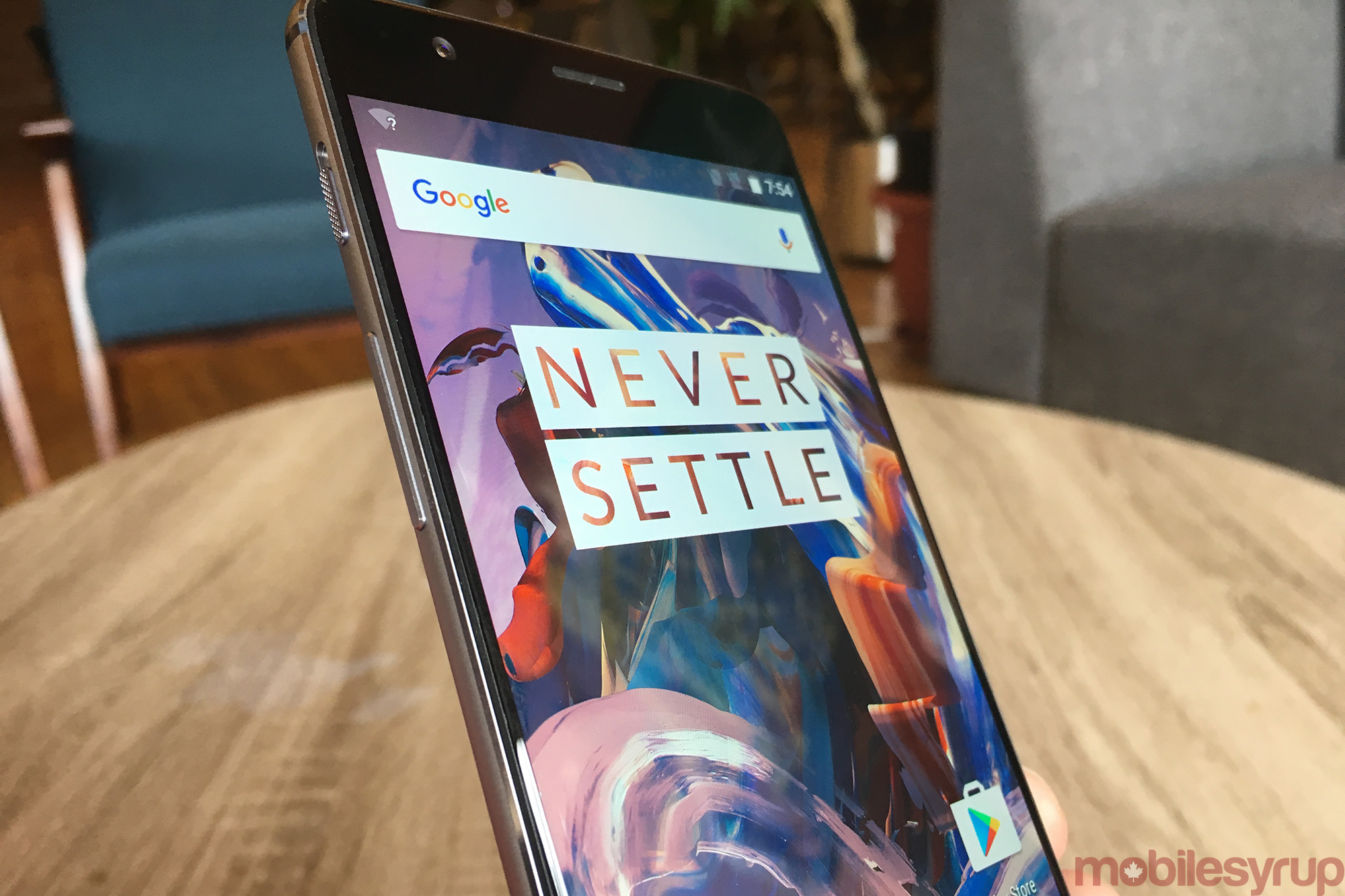 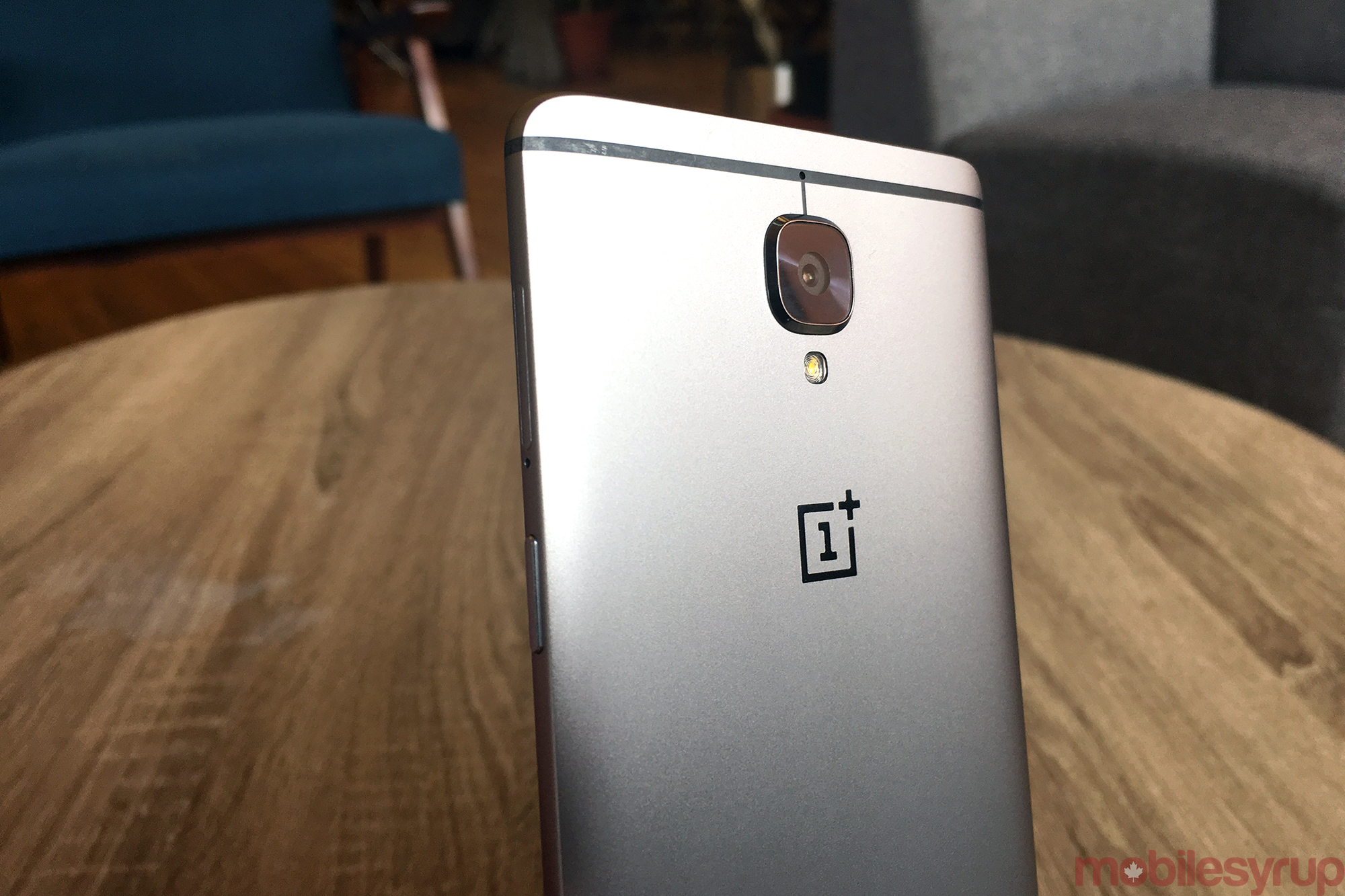 The OnePlus 3 has an anodized aluminium unibody back with antenna lines. It comes in two colours: “graphite” (which is displayed) and “soft gold.” It has a smooth feel, unlike the sandpaper-type finish of the OnePlus 2. Users who still desire that texture can grab one of the “Sandstone” cases below, however. 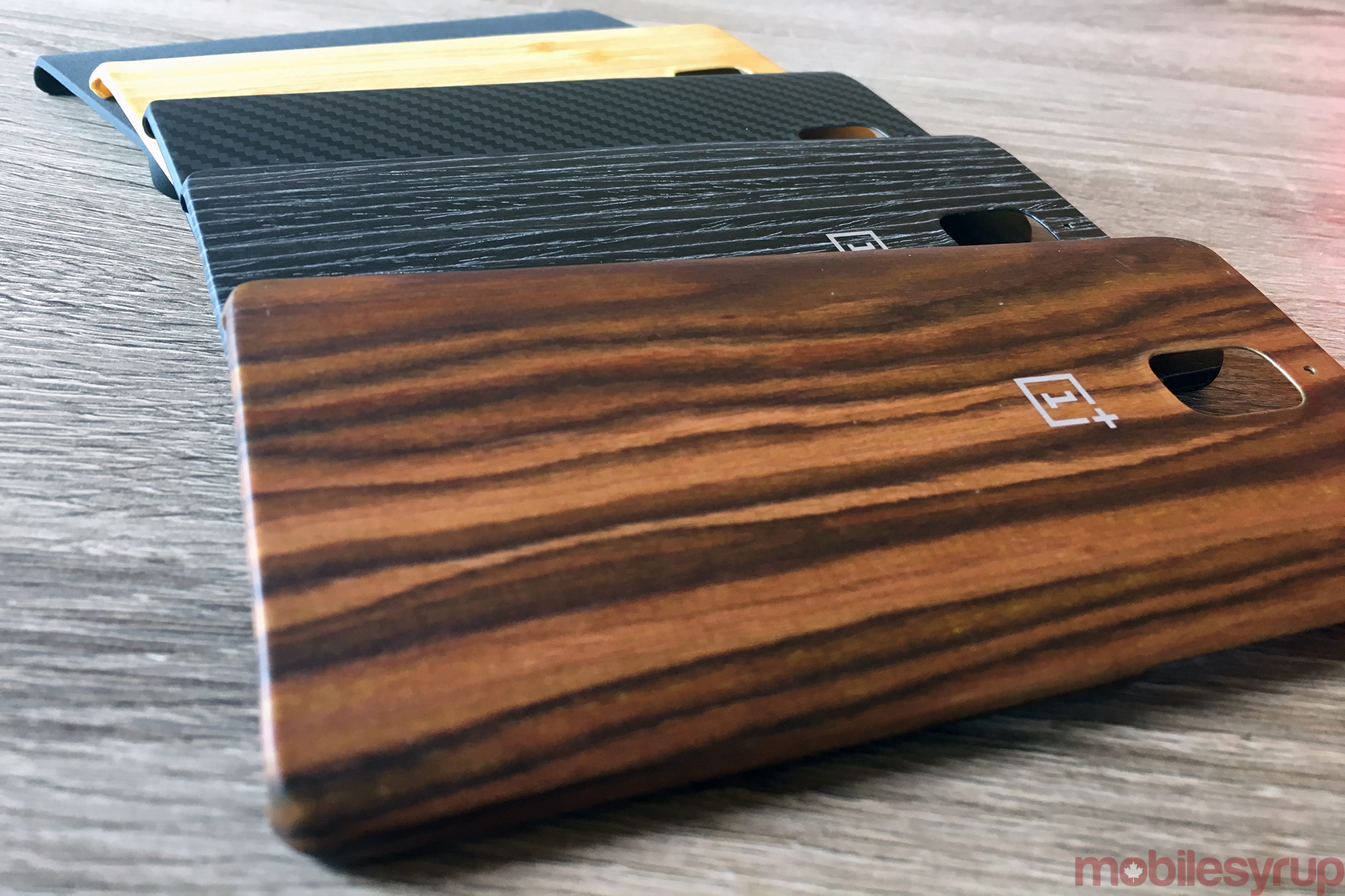 The five OnePlus x Evutec cases MobileSyrup received, each priced at $33.95 Canadian, apart from the “Sandstone” case, which is $26.95. 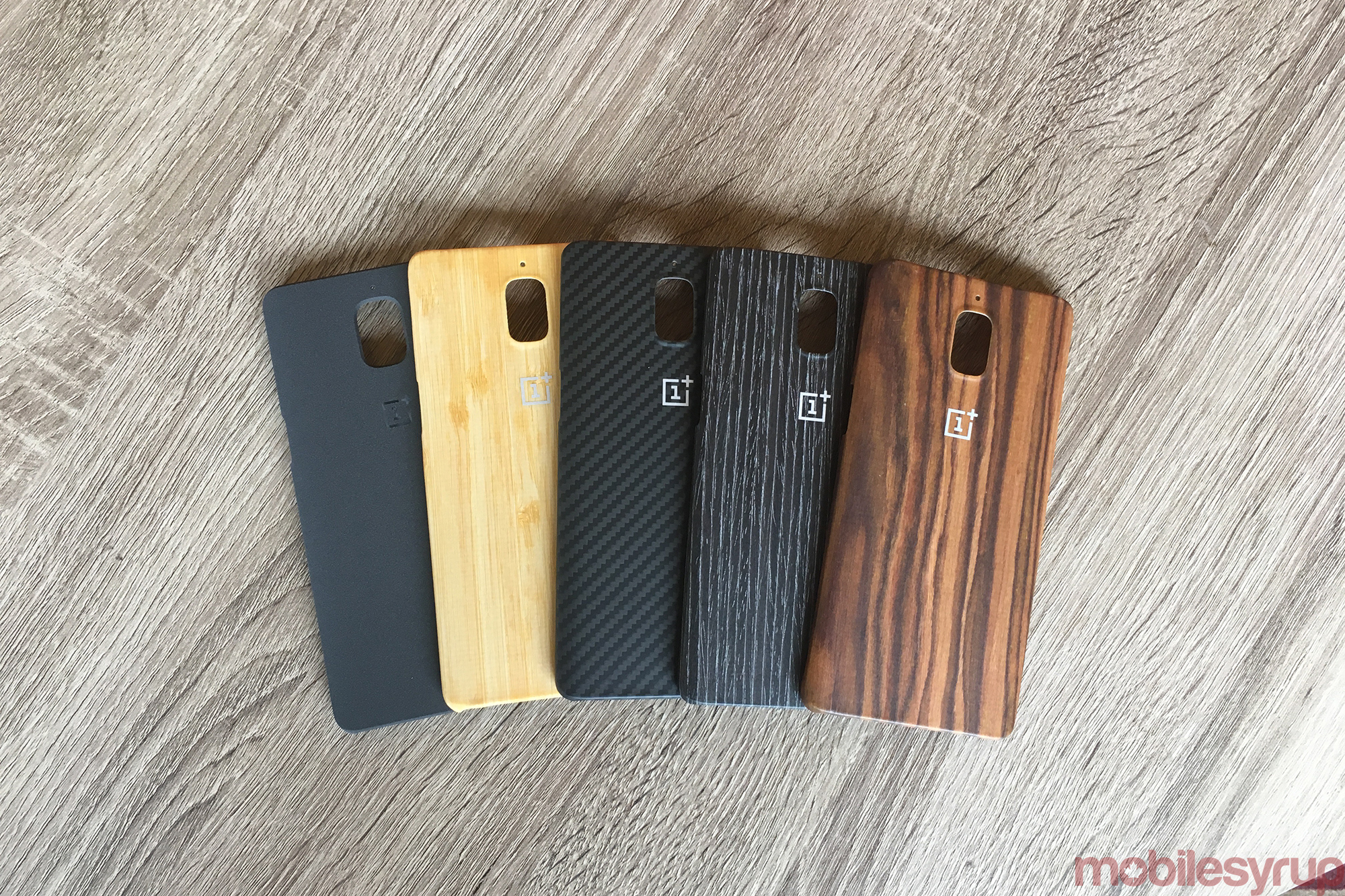 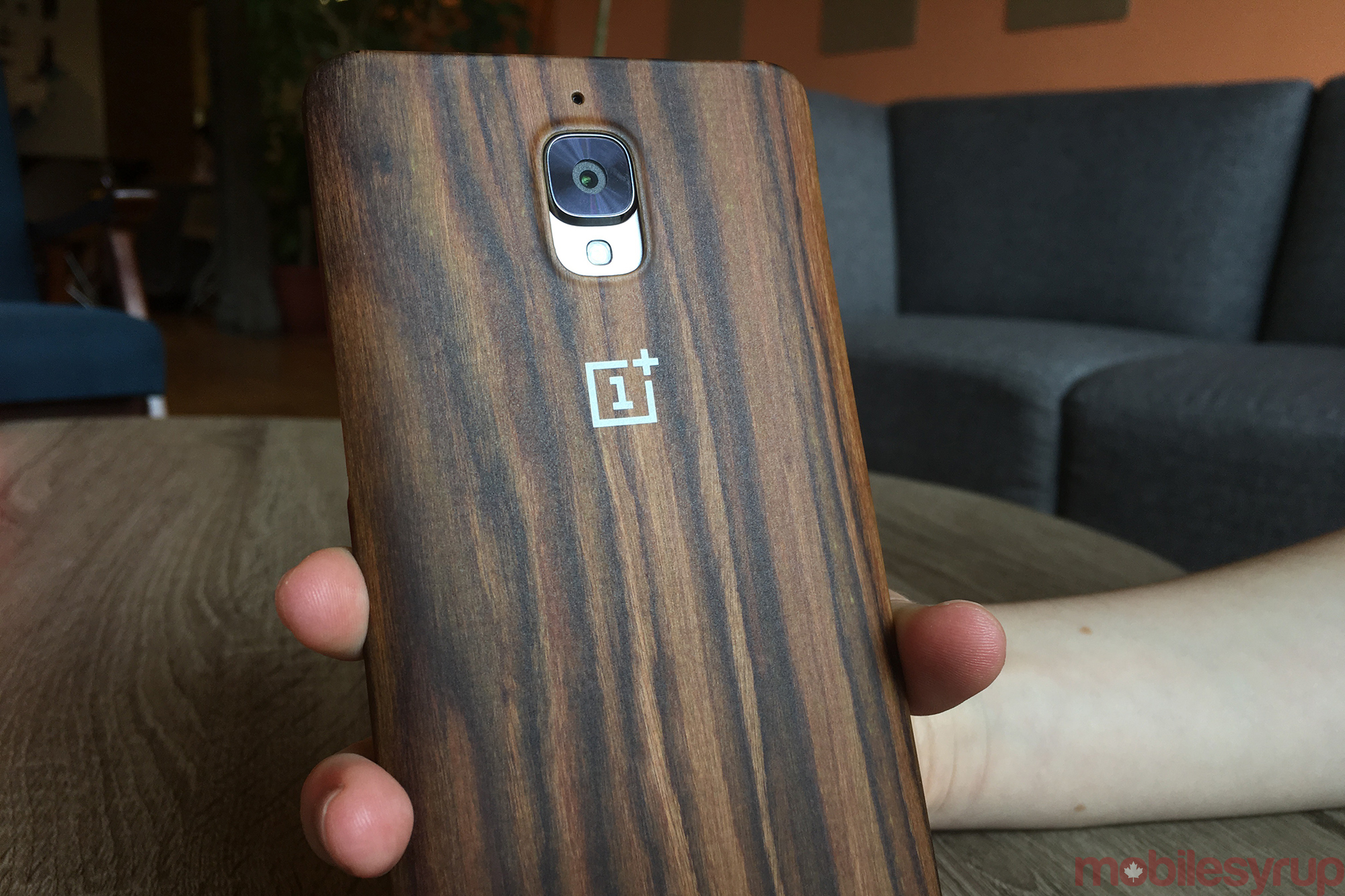 Here’s the OnePlus 3 all dressed up in its dark wood-grain “Rosewood” case. 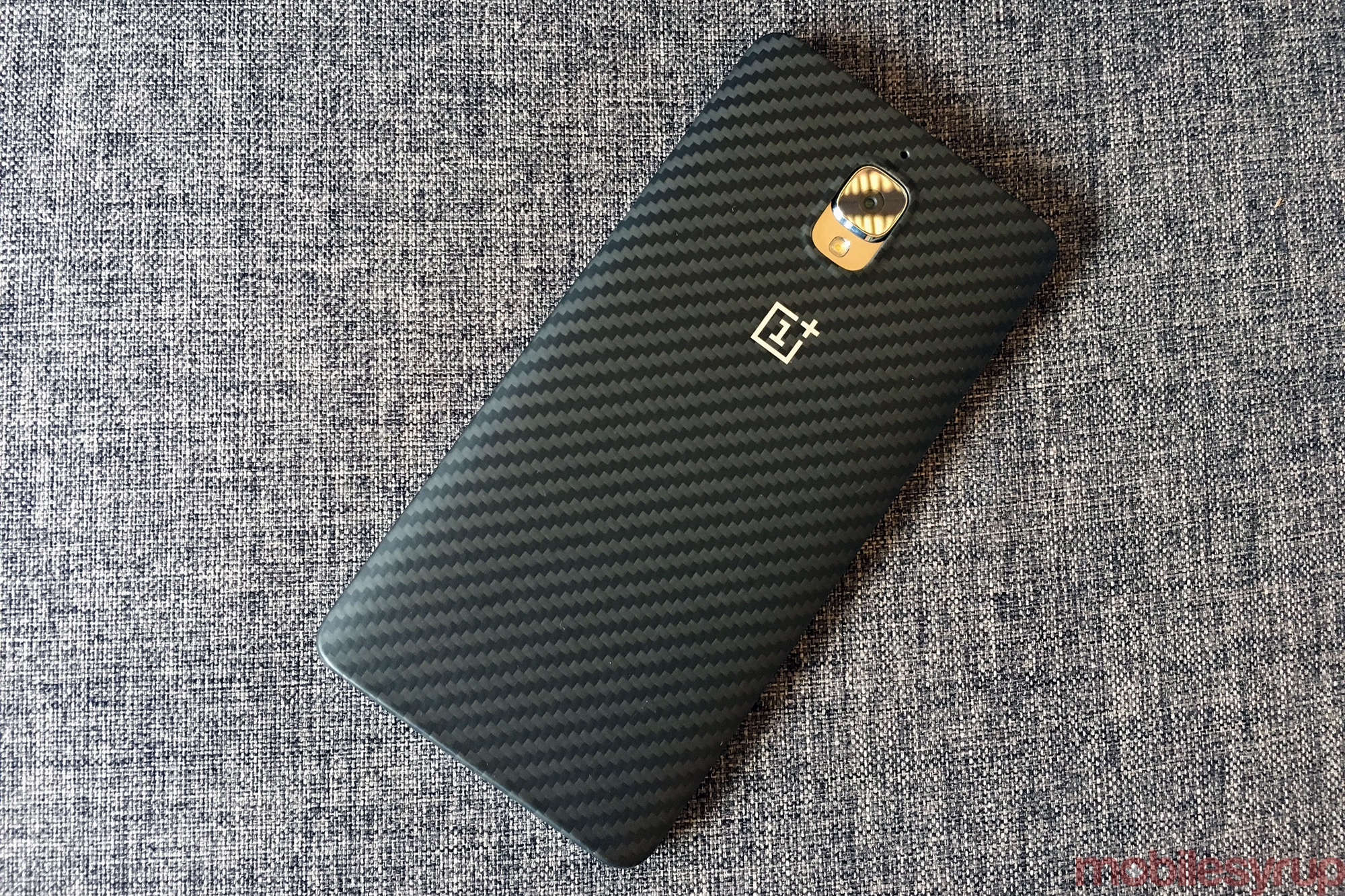 The carbon fiber “Karbon” case is also a stunner. 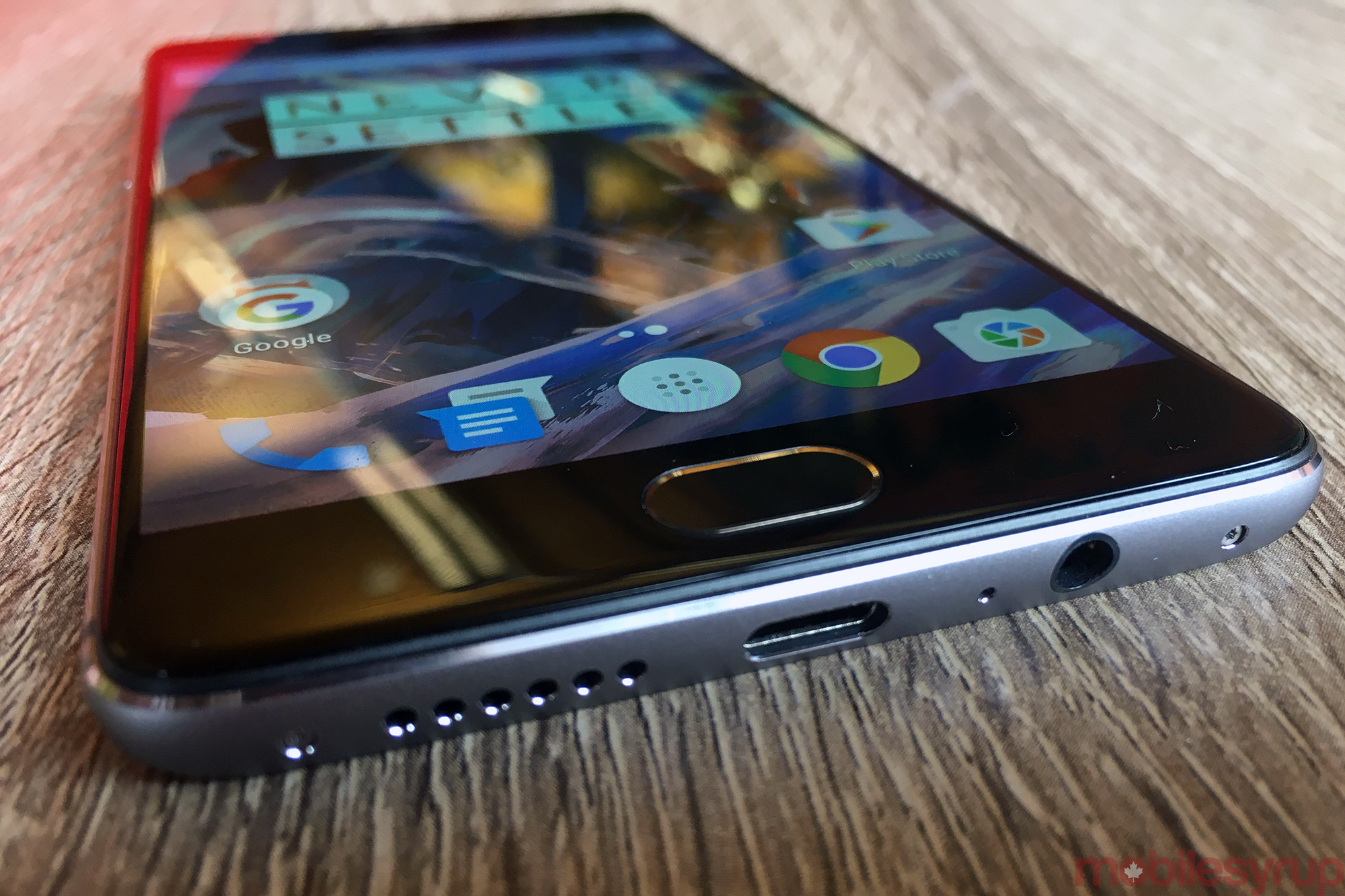 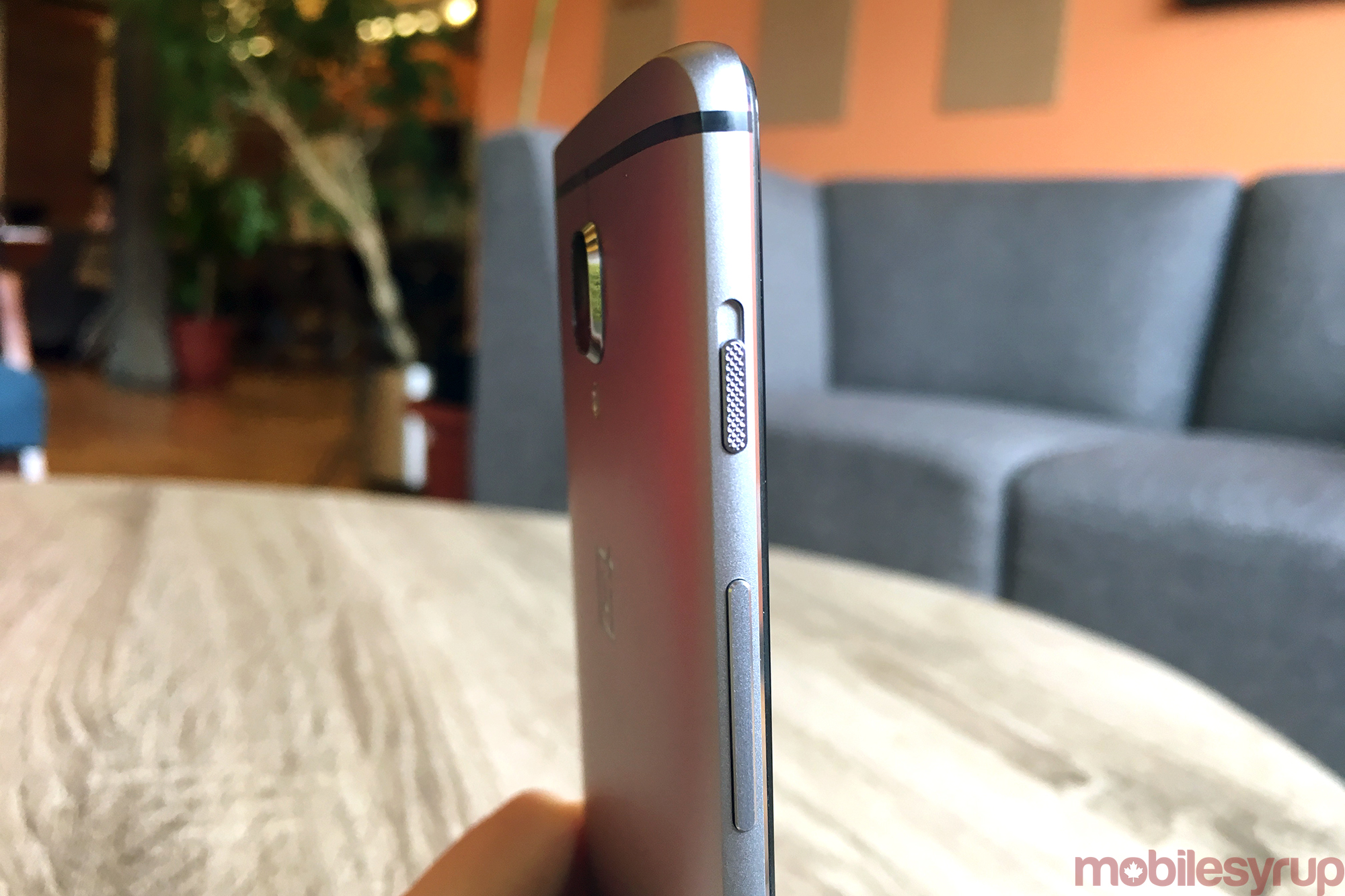 A side view of the OnePlus 3 gives a sense of its dimensions: 152.7 x 74.7 x 7.35mm. Despite feeling fairly light, it weighs in at 158 grams, outweighing prominent flagships like the Samsung S7 Galaxy and iPhone 6S by six and 15 grams, respectively. 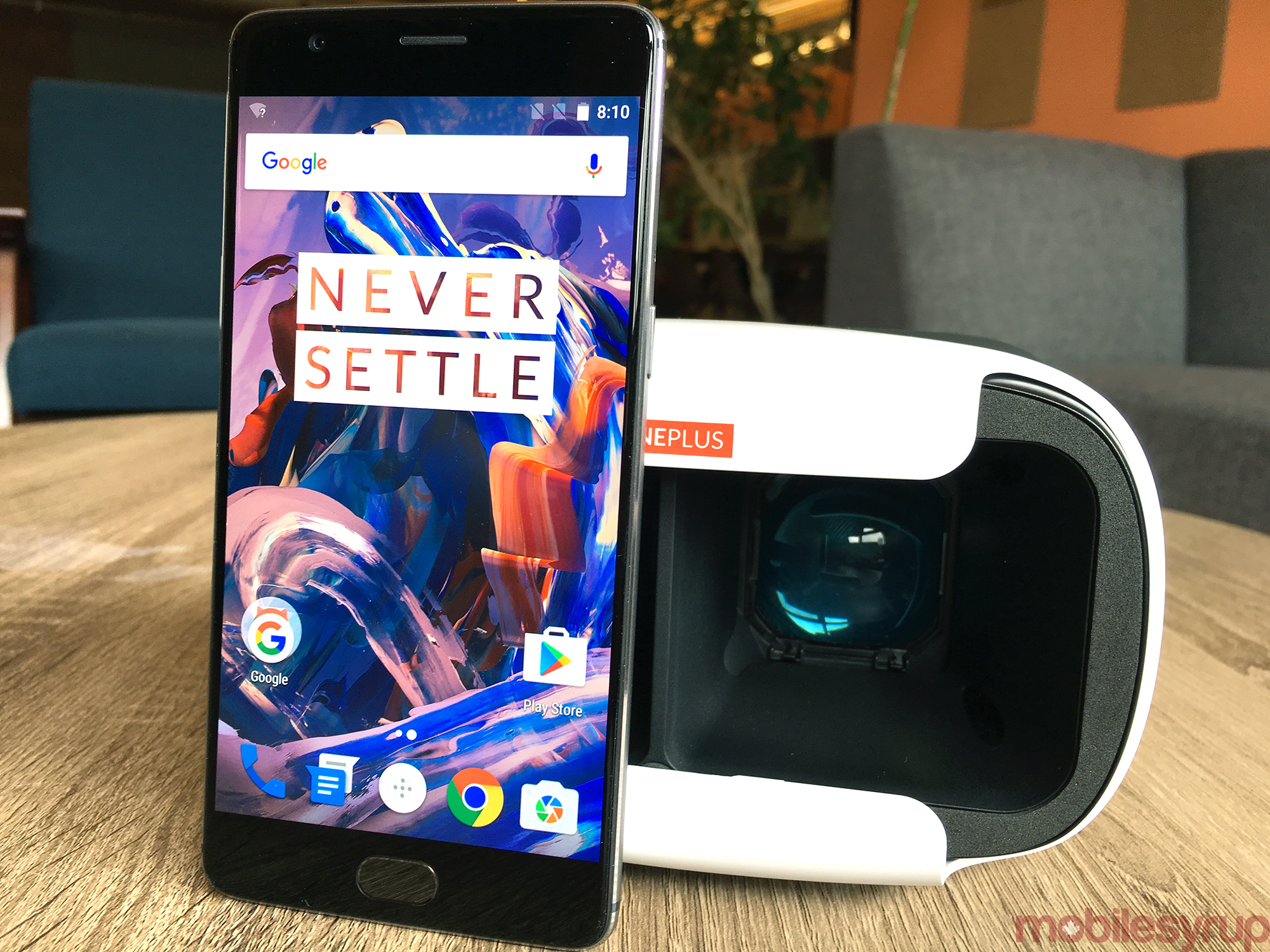 Like last year, the latest OnePlus device was revealed in a VR event this month, but with one essential difference: this year the company ditched Google Cardboard for its own VR headset, the Loop VR headset, produced with AntVR. It’s not much more than a glamourized Cardboard, however, with no external buttons for control. 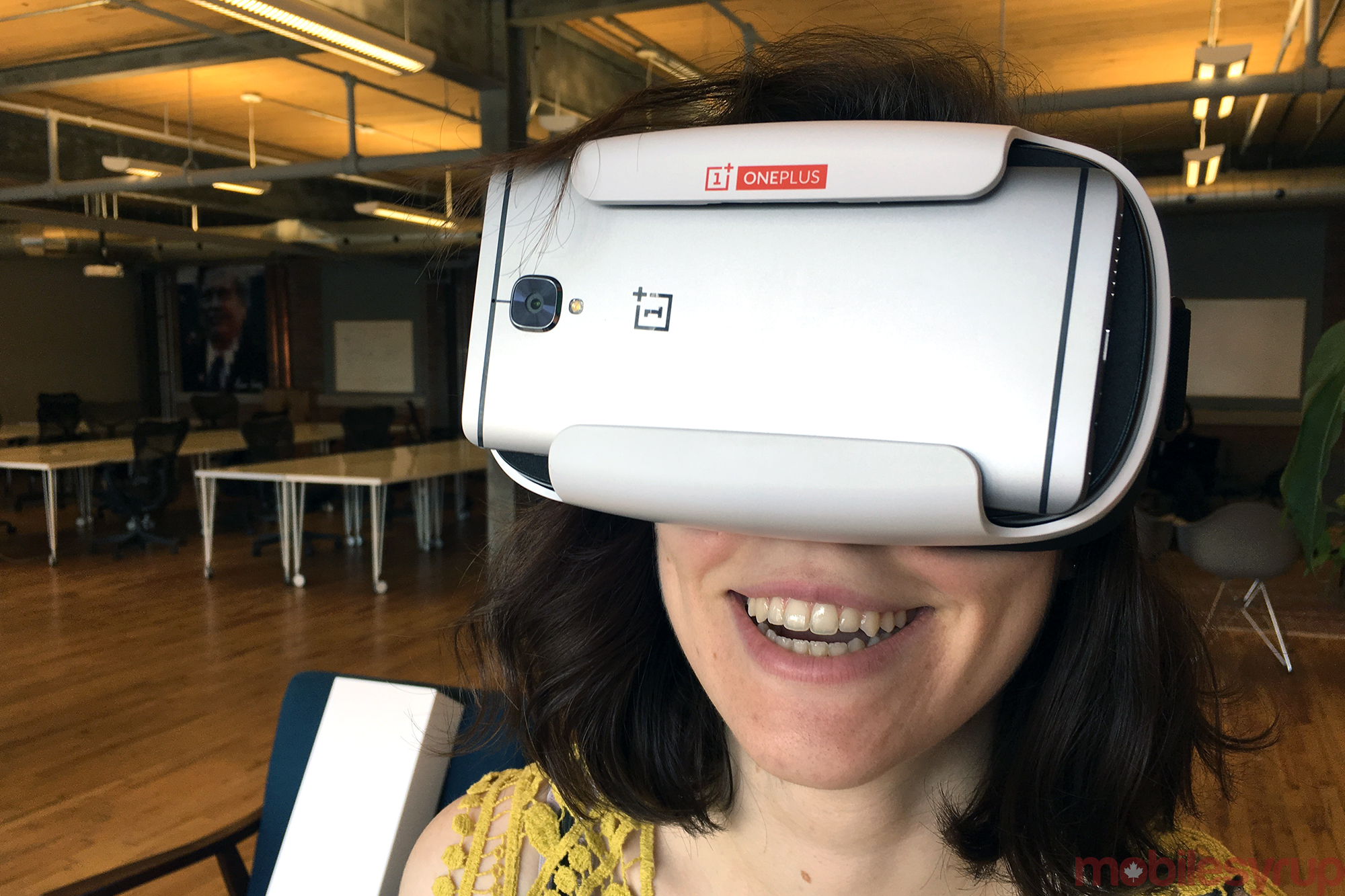 A breathtakingly attractive picture of the author wearing the headset and smiling in pain. Turns out it’s not ideal for those well-endowed in the nose area, cutting across the bridge in an uncomfortable manner.

The headset was produced as a limited run and were shipped out for free prior to the phone’s release. 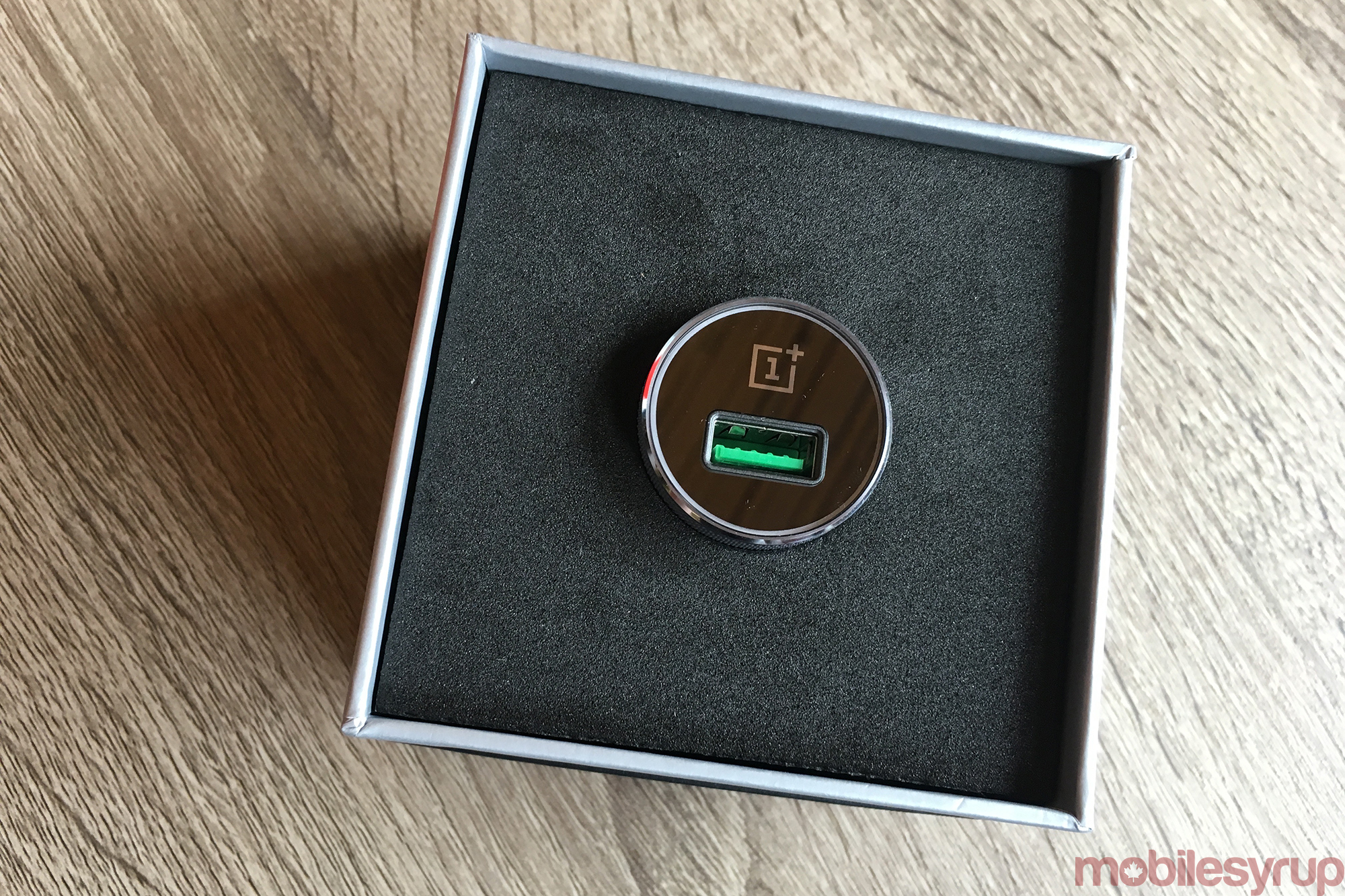 Pictured is a Dash Charge car charger from OnePlus. Because Dash Charge is a proprietary technology for the company, users will only be able to get the optimal charge from OnePlus branded cables, chargers and adapters. 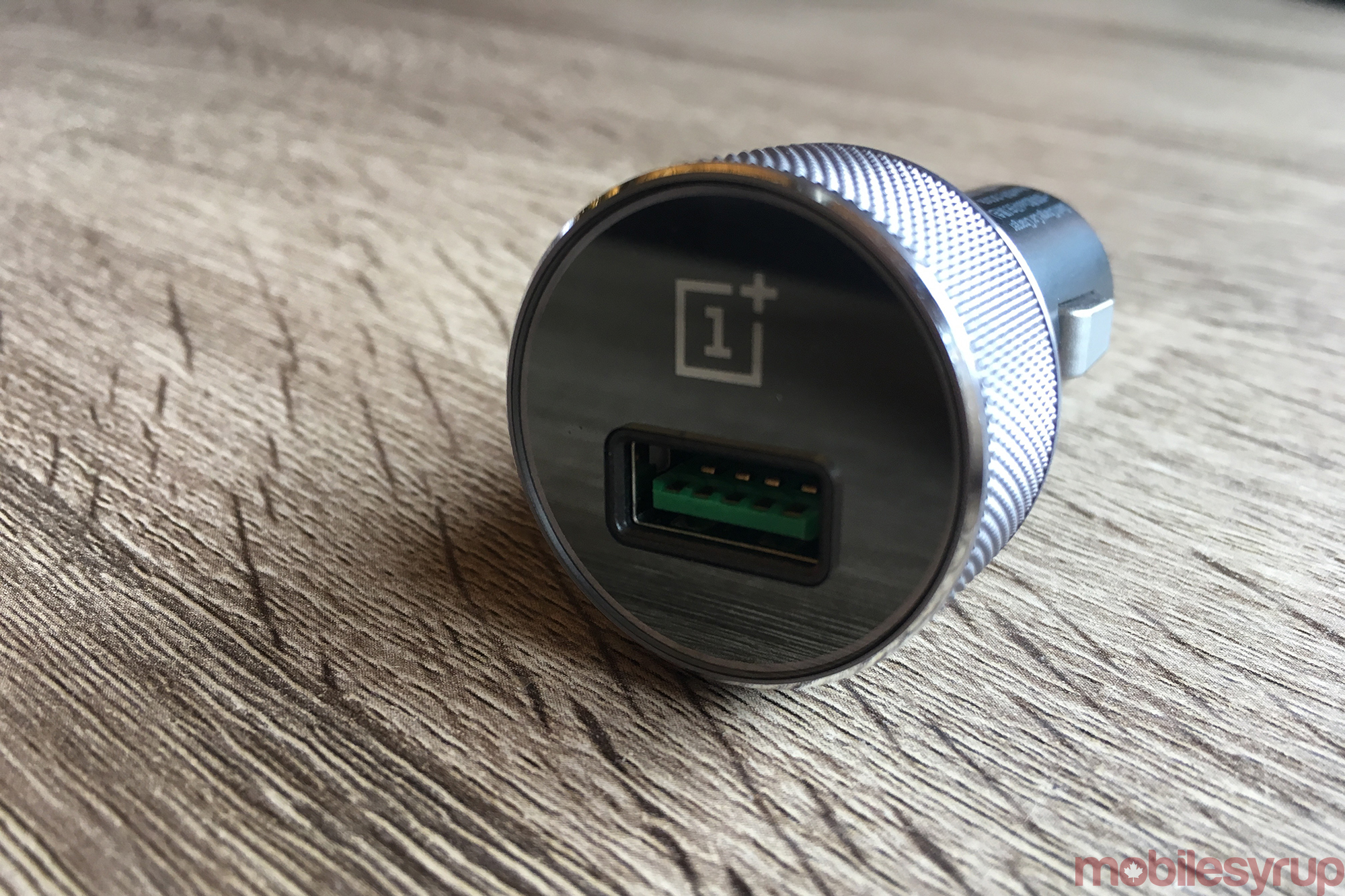 Related reading: The OnePlus 3 is here and it’s available in Canada for $519 without an invite