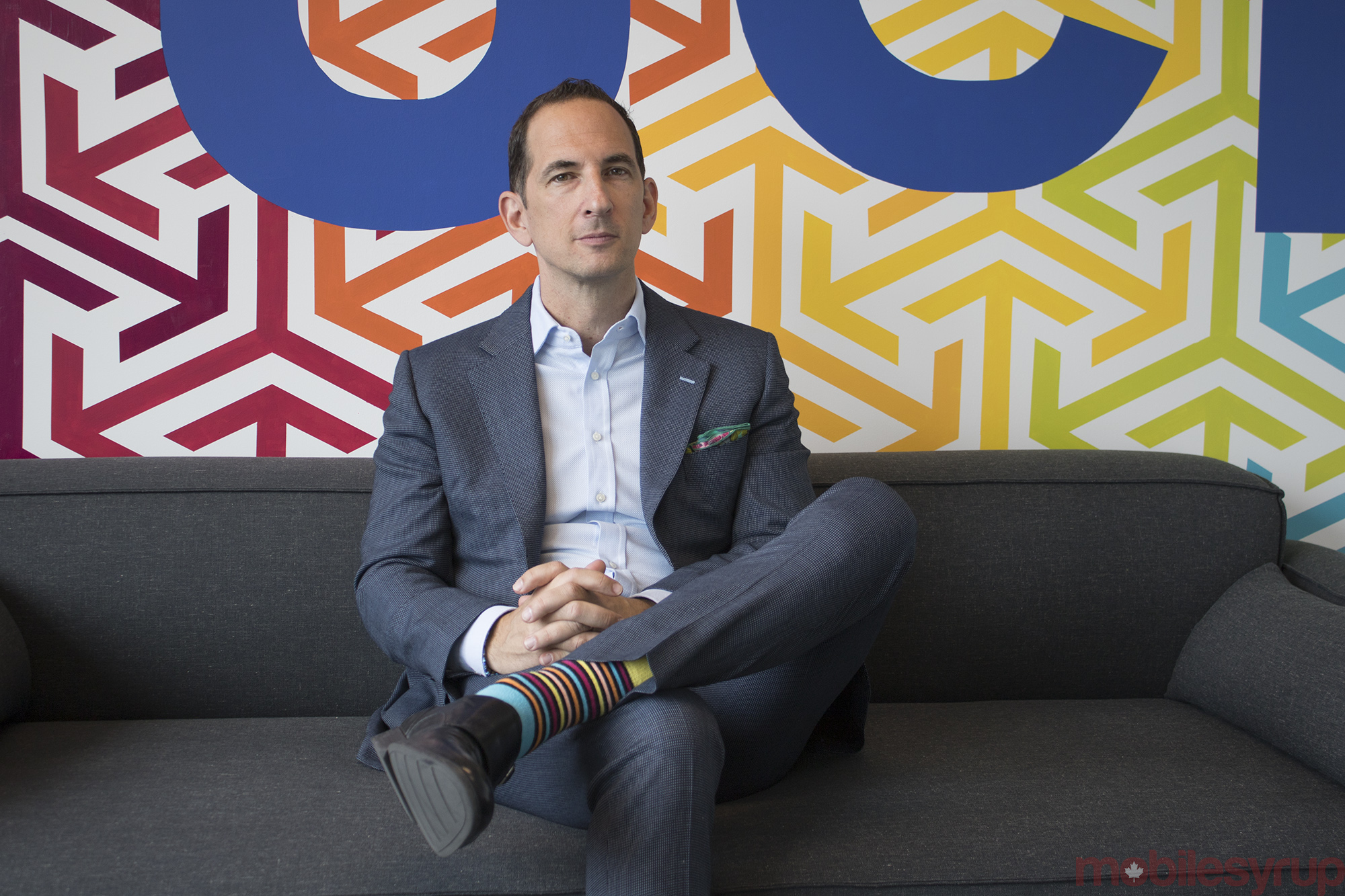 Facebook, a company that started only 12-years ago, has swelled to become the one of the world’s most powerful brands.

The massive social network recently announced its quarterly earning and reported 5.38 billion in revenue with its monthly active users topping 1.65 billion. This number does not count the billion Messenger users or the billion active Instagram users the company also has.

Jordan Banks, managing director of Facebook and Instagram Canada, officially opened up the new Canadian headquarters yesterday. The office is located within MaRS Discovery District that occupies 20,000 square feet and welcomes a great deal of Canadian companies within its space.

No surprise that when you saw our earnings that 82 percent of Facebook’s global revenue is generated on a mobile device. That is 75 percent year-over-year growth. So it’s just really a proxy for how important mobile is in our business, but more broadly, just how important mobile is as a mini computer in the pockets of 3.5 billion people around the world. I get a chuckle because one of the things that people love to talk about is the emerging trend of mobile but, as you guys know it’s emerged. This little mini computer will have influence over everything you do in every waking hour of your life. 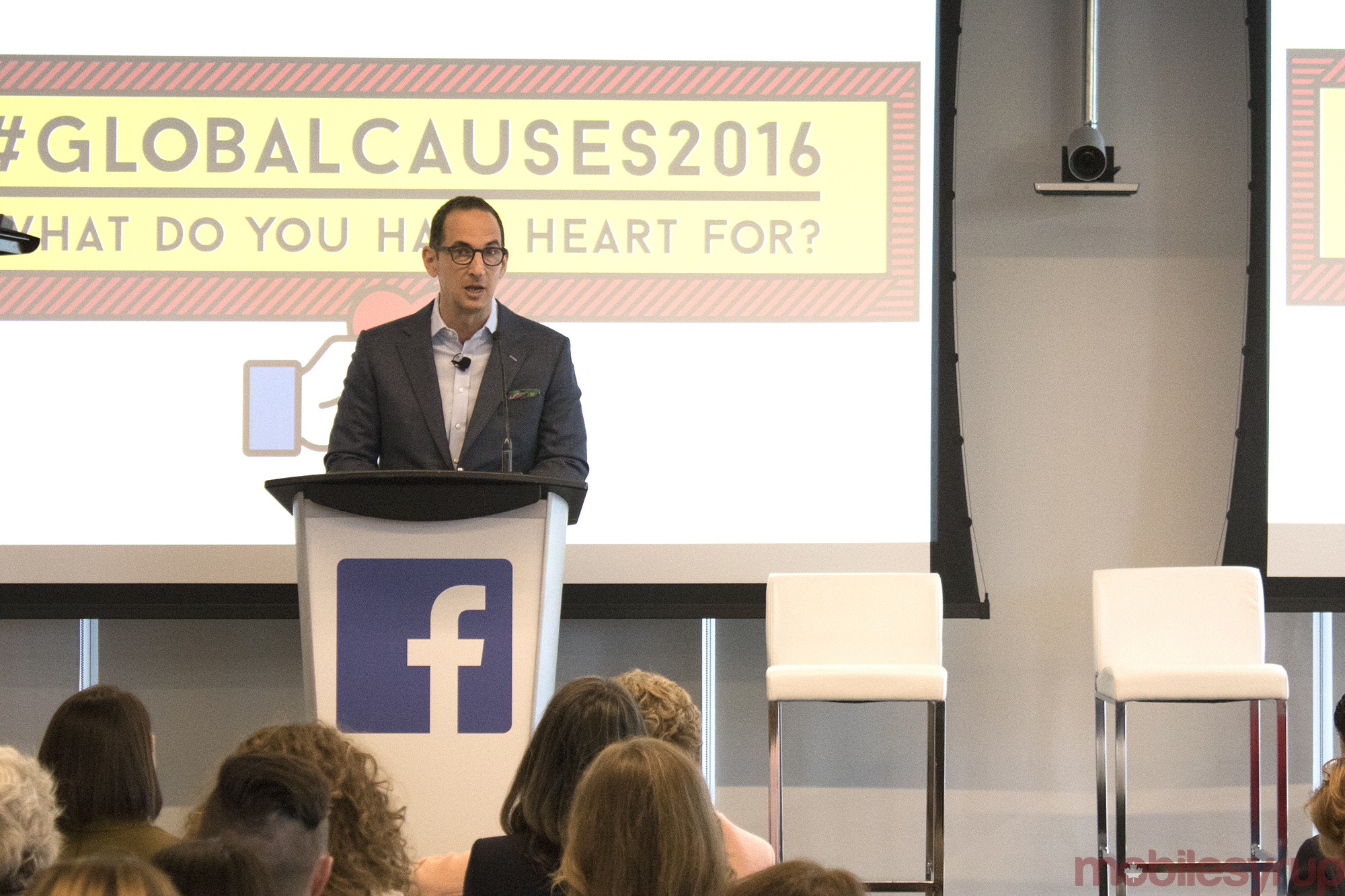 Facebook and Instagram together now account for 1 in every 4 mobile minutes spent in Canada, which does not include talk time. We continue to be a very important part of the mix.

Q: How many Instagram users are located in Canada?

Jordan Banks: We have 7 million Instagram users in Canada. We’ve developed a very passionate and dedicated Instagram community in Canada.

Q: What about Messenger users? How many are in Canada?

Jordan Banks: We don’t break our Messenger users by country but there are 900 million Messenger users around the world. Messenger is playing a very important role, not only in the way people communicate but if you look at Rogers for example, who was one of the early adopters of Messenger for business, the company had over 70,000 interactions with their customers using Facebook Messenger.

Over that period of time, they saw a 65 percent increase in customer satisfaction and a 65 percent decrease in complaints. So, you want to be where the people are and you want to make it seamless for them to communicate – Facebook Messenger is a good place to do that.

Jordan Banks: When you have 21 million Canadians anywhere, regardless if you own a single dry cleaner or the largest retailer in Canada, you want to have the ability to talk to customers and potential customers in a way that is highly relevant and personalized to them. 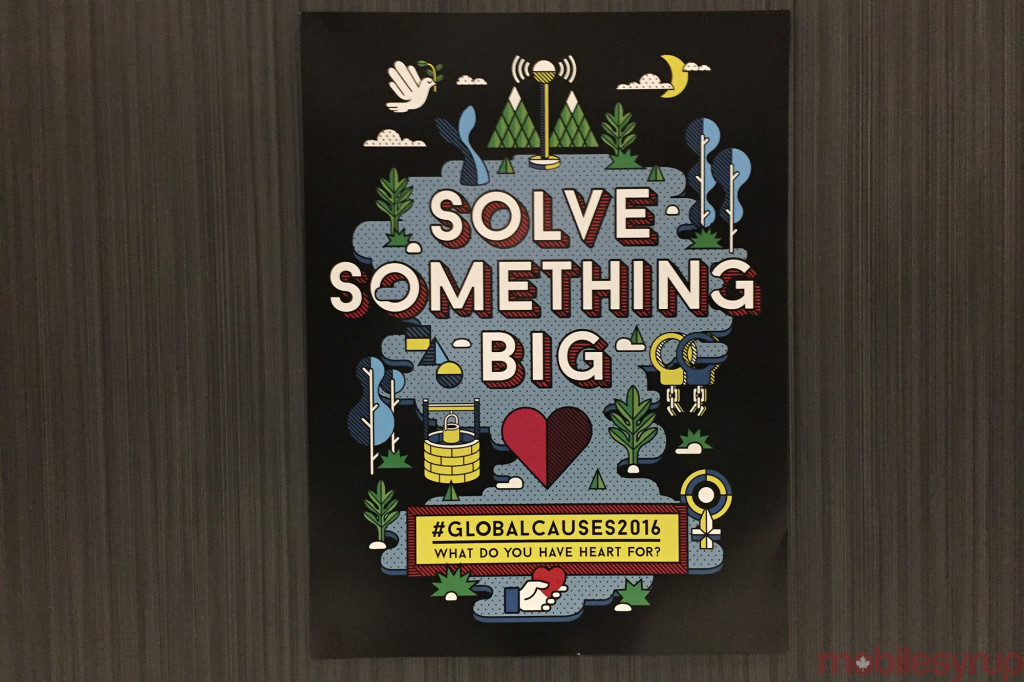 Q: And what about charity work?

Jordan Banks: Charity work has been one of the most fascinating things we’ve seen. I would say over the last two years we’ve seen non-profits go from fairly rudimentary and basic in the way they’ve thought about using Facebook and Instagram, to being very sophisticated.

You see the CMO of the Heart and Stroke Foundation talking his fuel and currency is really getting email addresses. So using Facebook and Instagram… they will see a 65 percent increase in the number of email solicitations that they are able to procure.

In an era where currencies are not only monetary – things like intellectual capability, goods, time–Facebook does give you the opportunity to avail all those options to people that are interested in what you do. What we are also seeing is big businesses learn from non-profits. 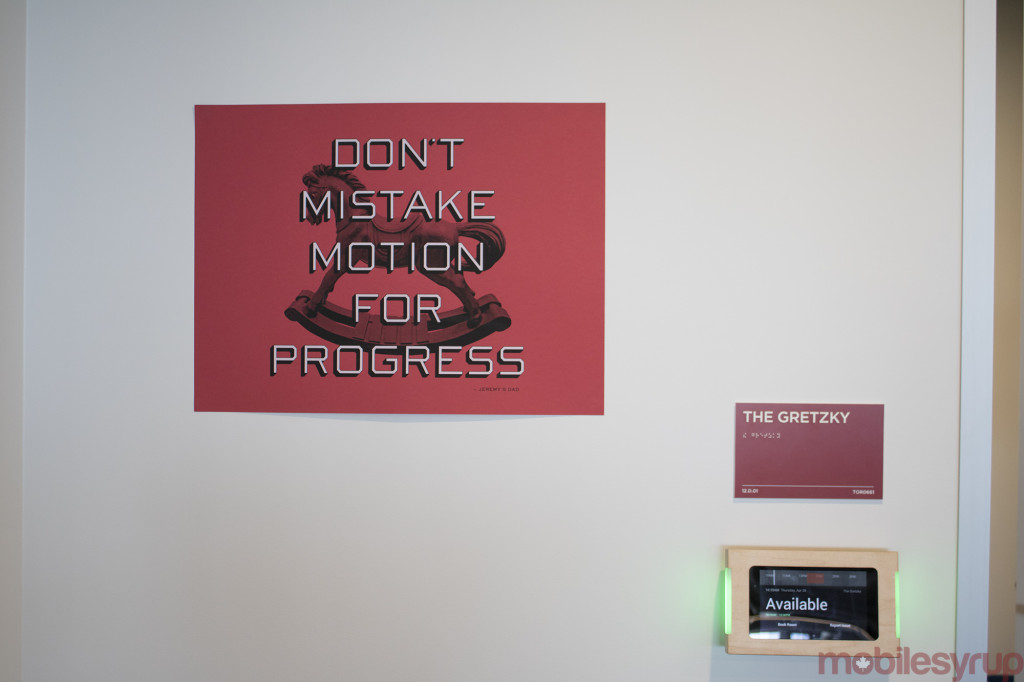 Q: So Facebook is having a significant impact globally?

Jordan Banks: One of the posters in our office says, “Don’t confuse motion for impact.” What we try to do is ensure that we use every unit of our time to drive and produce the largest amount of impact. We are fairly judicious in how we spend our time, how we allocate our time and what types of business and non-profits we work with. I think what we’ve done a really job of, with it telling people, especially in this country, is ensuring that our presence here is creating an impact across the scale of opportunities in these organizations.

Jordan Banks: There are 75 people in this office. We also have smaller offices in Ottawa, Vancouver, and Montreal. So we have a true coast-to-coast presence.

Q: In terms of this office, what happens here?

Jordan Banks: It’s everything but product development. So it’s business development, creative excellence, marketing, PR and communications, community, sales, and measurement. Seven years ago we launched in Canada and we were just a sales and marketing office and by virtue of the size of the Canadian community, and the interest from Canadian businesses and non-profits, we’ve had to scale across all those other disciplines. 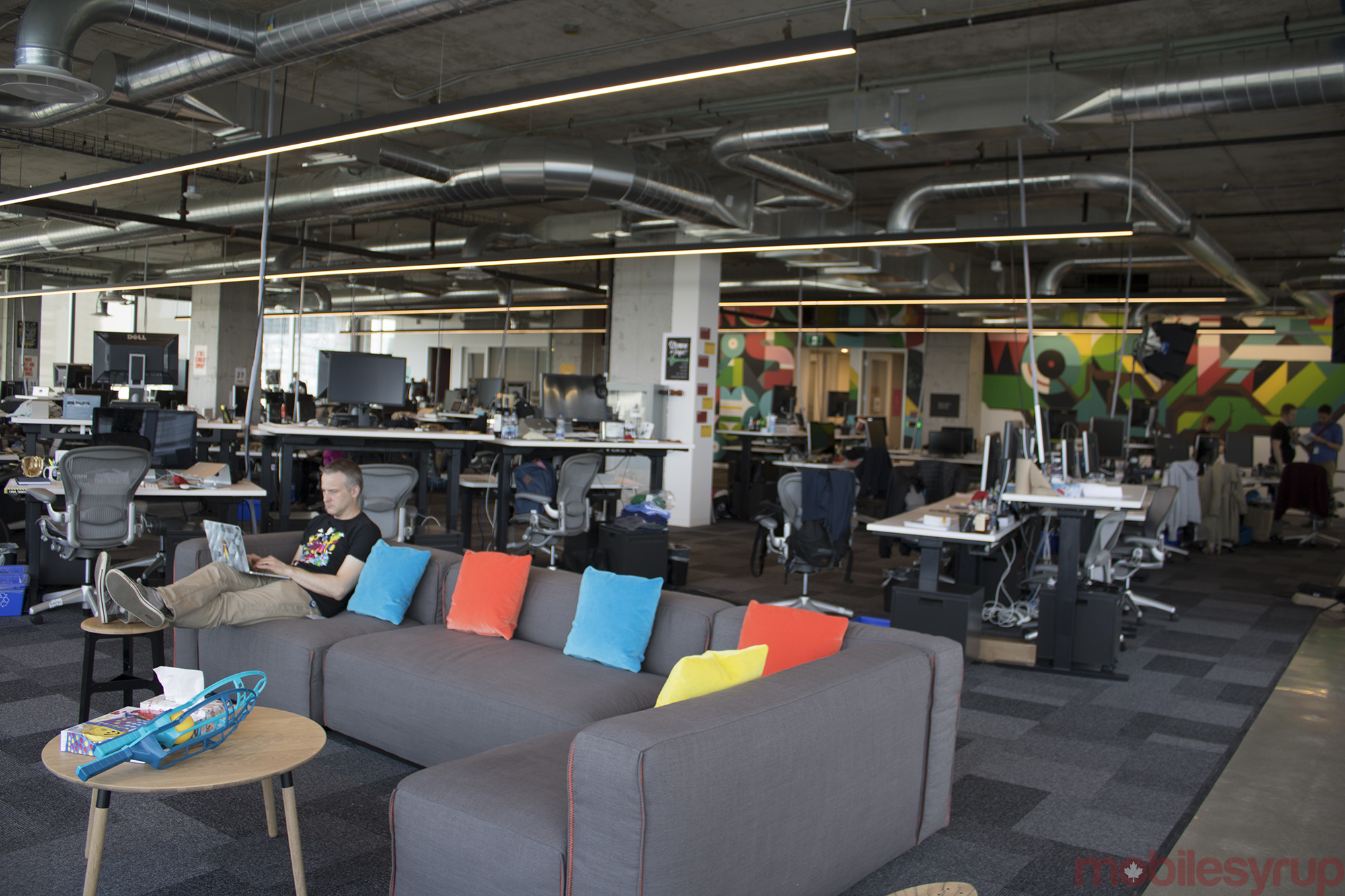 Jordan Banks: Broadly we think about a 10-year time horizon as a business and we divide it into three-year chunks. Over the next three years what we are really focussed on is the Facebook app and the Facebook platform. If you expand it to the next 5-years, we are going to focus a great deal of time and money on building eco-systems around all of our products and services. If you expand it even more over the course of the next decade, I think what you’d hear from Mark is that we are laser focussed on connecting the unconnected world, which right now is about 4 billion plus people who have no internet activity.

It all stems from having a leader, who is 31 years old, and is the most mission driven and visionary leader that I would argue who has every existed on the planet. He doesn’t think about incremental mentality at all. He starts thinking about billions and then thinks about connecting 7.5 billion. When you have a leader that is driven, passionate and smart, it really is no surprise that Facebook, Instagram and all our other family of apps and services have become so ubiquitous and powerful in relatively a short period of time.

Q: You mentioned virtual. Why is VR important to Facebook’s future?

Jordan Banks: It’s an interesting question. There are two answers. The first is that if you look at the evolution of content production, especially on the internet, we started with text, then added some photos, now we see video, more live video, and 360-degree video. So it begs the question “what’s next?” We fundamentally believe that virtual reality is the next way to truly immerse yourself in engaging and compelling content.

The second thing that we think a lot about is, “what is the next true computing platform where we will help build and facilitate an ecosystem?” In talking to very smart, young people at universities and startups, they all fundamentally believe that VR is the next big thing. The next big computing platform. So you put those two things together and it was a natural bet for us to place… we are just getting started.

Patrick O’Rourke contributed to this interview