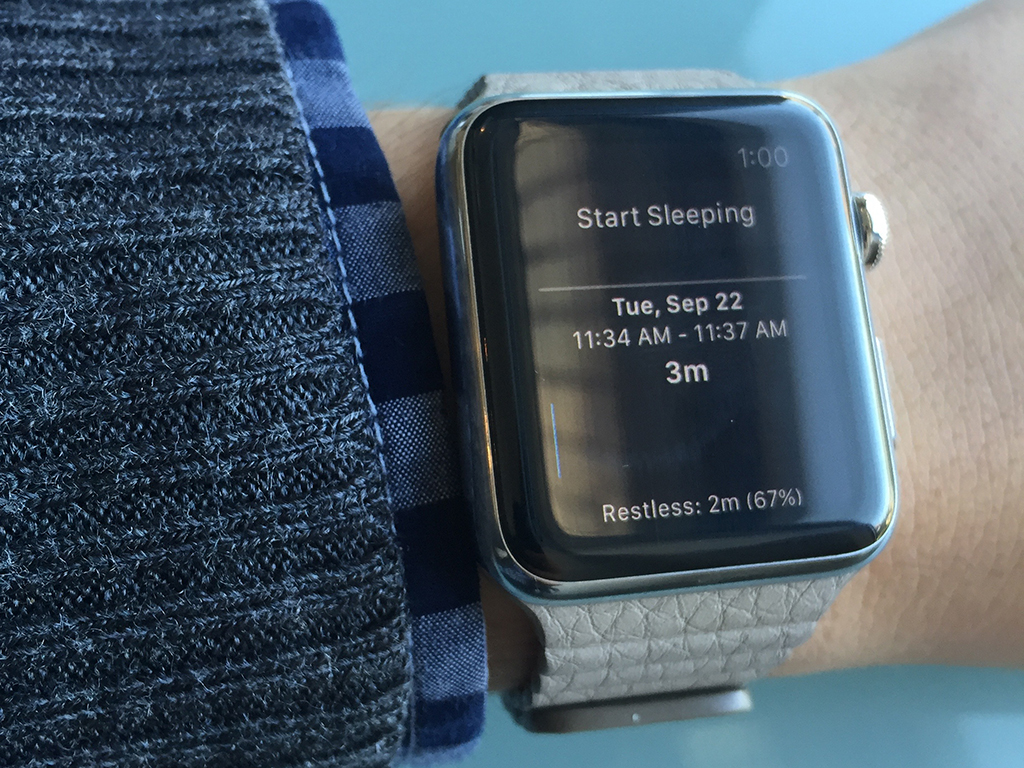 Now that WatchOS 2 has finally launched and Apple Watch is now more open to developers, basic sleep tracking apps are beginning to crop up on the device. Sleep++ is the first in what is surely set to be a barrage of rest-focused Apple Watch apps.

The app analyzes your sleep patterns and breaks down how well you’ve slept, as well as how restless you were over the course of the night. Sleep++ also features HealthKit integration, giving users a simple and secure way to share sleep data with other iOS health and fitness apps.

In order to preserve battery, Sleep++’s description on the iTunes App Store recommends switching the Apple Watch to airplane mode at night to ensure the device’s battery last longer.

While the app sounds promising and brings frequently requested Fitbit-like features to Apple’s wearable, its first two user reviews award Sleep++ only one star and complain about lengthly load times. In our brief tests Sleep++ opened up quickly when using it with both the Apple Watch as well as iPhone.

Sleep++ is available on the iOS App Store for free — though there are in-app purchases.