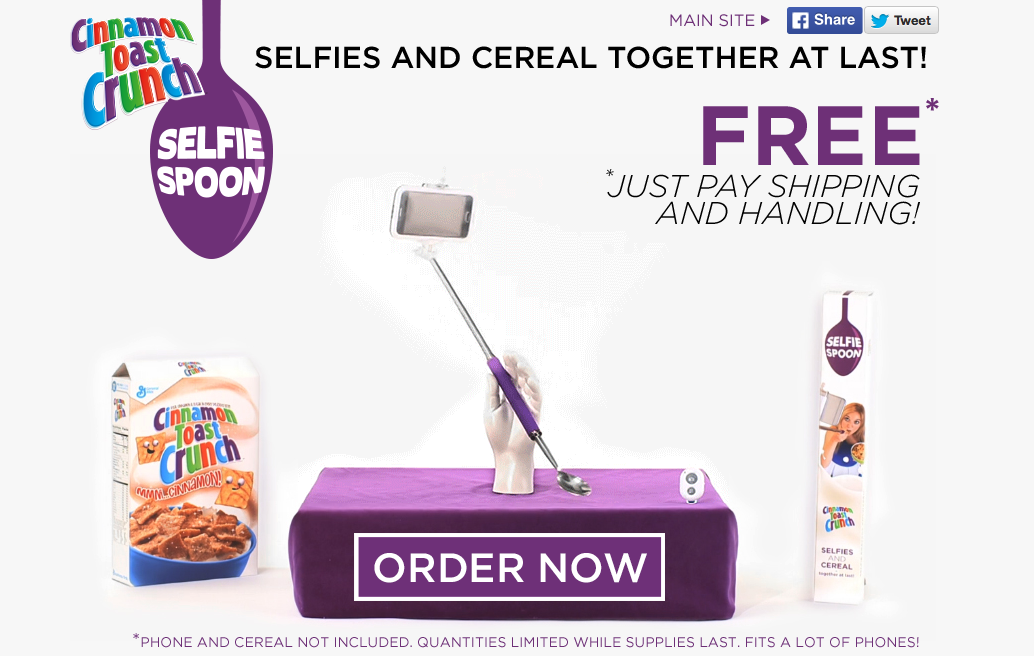 We here at MobileSyrup have seen some wacky stuff get turned into reality. Who could forget the wonderful KFC bucket that doubles as a portable Bluetooth printer? But I dare say that when it comes to companies releasing fun one-offs to promote their individual brands, General Mills may have just taken the crown.

For the cost of shipping and handling, the company will send you its patented Cinnamon Toast Crunch #SelfieSpoon, a utensil that doubles as a selfie stick. With then spoon in hand, you’ll never again have to make the choice between eating the most important meal of the day and sharing a handsome new picture of yourself with all the besties.

At its best, technology is about not having to make compromises. General Mills gets technology.

The Cinnamon Toast Crunch spoon is currently out of stock, but its Tumblr page devoted to it says more stock is coming tomorrow morning. Just don’t forget about breakfast while furiously refreshing the page.