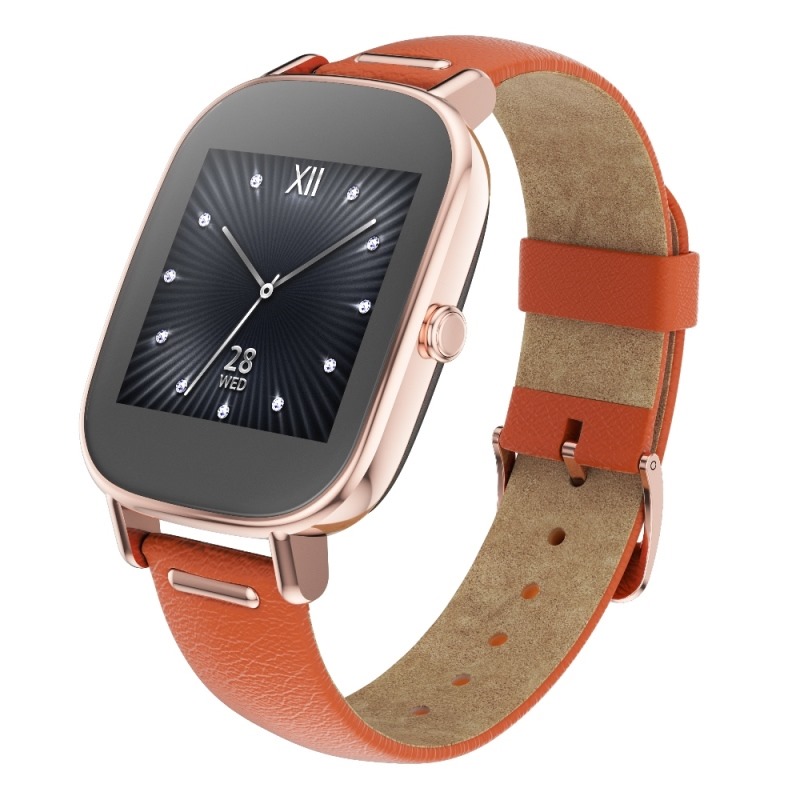 The ZenWatch 2 will arrive in Canada sometime this October, Asus announced today at its IFA keynote in Berlin, Germany.

Unveiled last June at Computex, this Android Wear-powered smartwatch will come in two sizes. For those that prefer a slightly larger device, there’s the 49mm model with 1.6-inch display; on the smaller side is the 45mm variant with 1.45-inch display.

Additionally, consumers will be able to choose between three different case colours—silver, gunmetal and rose gold—as well as a variety of straps. The smaller model will fit 18mm straps, while its larger brother will be able to accommodate 22mm ones.

Aside from the difference display size, both devices will feature a Snapdragon 400 processor, 512GB of RAM, 4GB of onboard storage and Bluetooth 4.1 and WiFi connectivity. Moreover, the ZenWatch 2 is rate IP67 in terms of its water and dust resistance, and it will come with a new magnetic charging cable.

In terms of battery life, Asus promises two days worth of juice if users keep the watch on its Ambient Operating Mode, a feature that suspends many of the ZenWatch’s smart features in favouring of conserving battery life.

It doesn’t look like Asus plans to make too many alterations to the ZenWatch’s Android Wear base. Each ZenWatch will include a couple of Asus specific watch faces and an app that will allow users to create their own ones.

Lastly, while Asus has yet to reveal North American pricing, it did say in a strange turn of events that the 49mm model will cost less (€149) than the smaller model (€169). The company will reveal Canadian pricing at a later date.