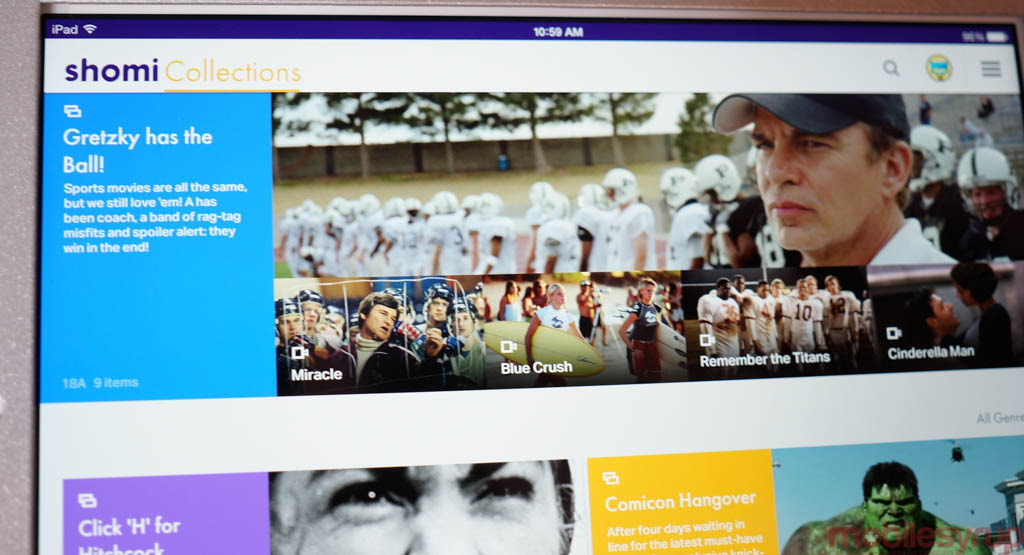 Shomi is “moving in,” according to the company. In reality, the Rogers and Shaw co-owned streaming content venture is expanding its scope, allowing anyone with an internet connection to subscribe to the service.

While the move comes after the CRTC all but forced them to do it, Shomi is framing the initial nine month-long period, where it was limited to Rogers and Shaw customers, as a beta. Now, bugs squashed and exclusive programming in order, Shomi is a fully-fledged Canadian-owned Netflix competitor.

So what do you get for your $8.99 per month? There is some crossover with Netflix Canada, but for the most part you’ll find content that’s high-quality and available nowhere else. Well-received TV series like Sons of Anarchy, iZombie, Transparent, Jane the Virgin, Empire and Vikings can’t be streamed anywhere else in Canada, and Shomi has a decent collection of movies, too.

The app itself, available on iOS and Android, in addition to the web, Apple TV, Chromecast and Xbox 360, is well-designed and fast – pretty much the opposite of most telco-built app in the past – and has curated sections built around particular themes.

Of course, Shomi is not going to replace Netflix for most people. More than 20% of Canadians subscribe to the over-the-top streaming service, and that number is growing. And then there’s CraveTV, Bell’s streaming offering, which is currently limited to television subscribers (and TV content) on a small number of Canadian providers. While it is also expanding to all Canadians with an internet connection on January 1st of next year, it’s unclear whether it will have to raise its $4/month rate to do so.

Last year, David Purdy, Rogers’ now-SVP of Content, said that there is plenty of room for Netflix and Shomi to live side by side, predicting that a number of Canadians will choose to subscribe to both. With the service expanding to anyone with an internet connection, that prediction will for the first time be put to the test.