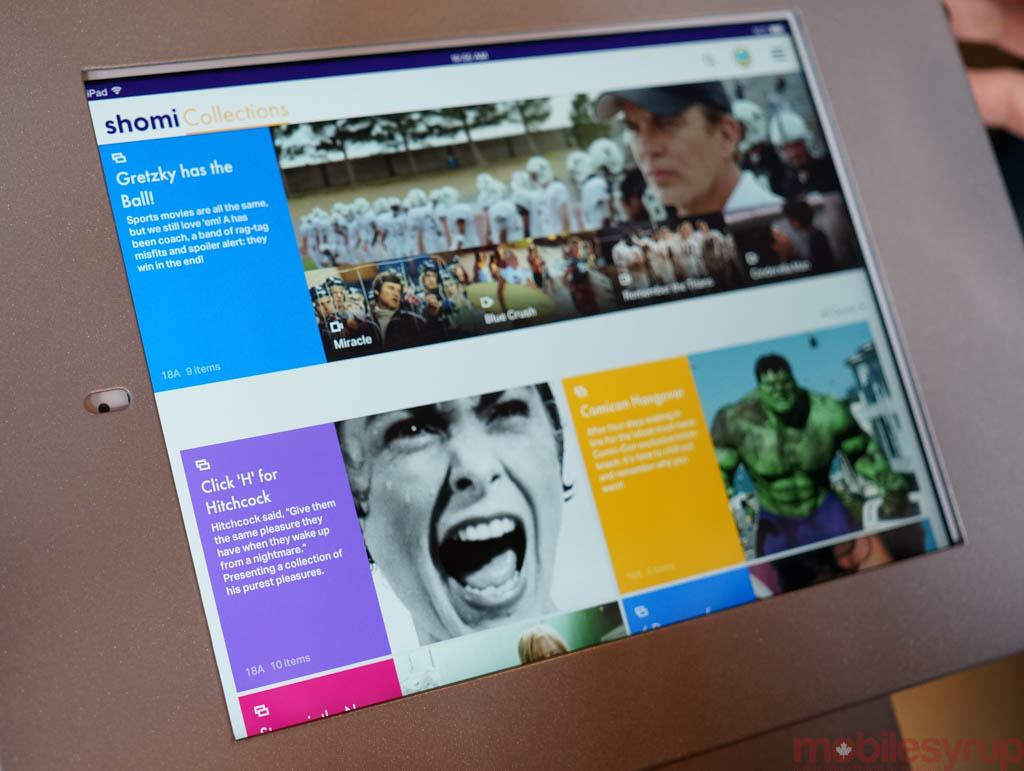 Rogers and Shaw have announced that their new streaming service, Shomi, will launch tomorrow, November 4th.

Announced last month as a Canada-only streaming service, Shomi is part of Rogers partnership with Shaw and will be available to Rogers and Shaw customers exclusively. The service offers on-demand access to more than 12,000 hours of content and is launching in beta. It will offer past season of popular TV shows in addition to movies from 20th Century Fox, ABC and Universal Pictures and more via tablets, smartphone, the web, and set top boxes.

To celebrate the launch, Rogers has announced that its customers will have free access to Shomi for 30 days after the launch. After that, Shomi will cost $8.99 per month. If you’re a Fibre 50 and 60 or Extreme Internet customer or higher, your free Shomi ride will continue until March 31st, 2015. Rogers also announced today that Shomi will soon arrive on Xbox 360 and Chromecast, though the company offered no indication as to when that might be.

Update: Shaw cable customers will also get a free one-month trial of Shomi, and Shaw Internet customers will get two additional months (so three months altogether) through the app and website.

Update #2: Shomi is now live for your viewing pleasure. Check it here.