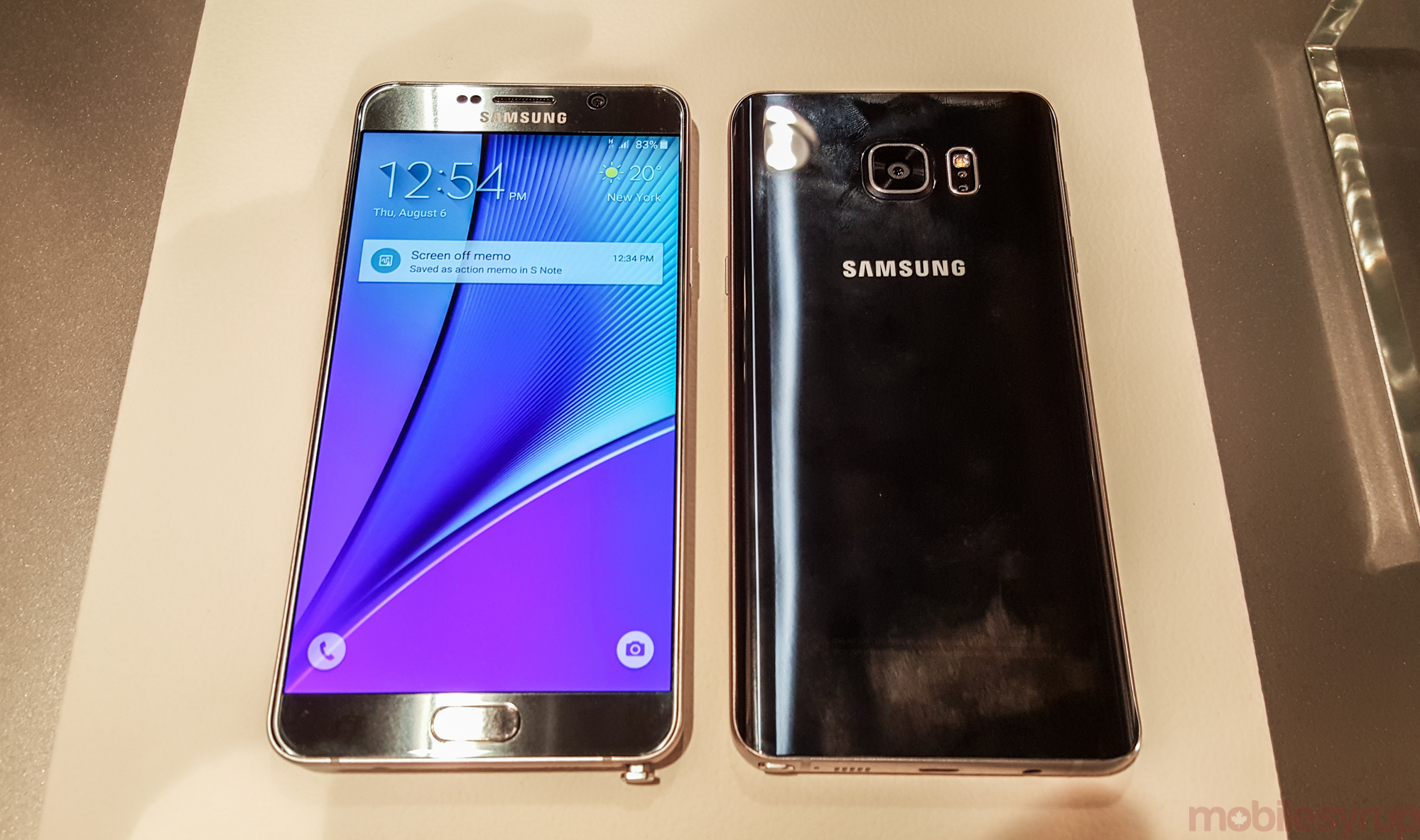 Samsung has announced the fifth iteration of its Galaxy Note device, and though by now its a well-worn refrain, like the sixth Galaxy S device the new Note is one of consolidation and simplification.

At first glance, the Note 5 resembles a larger, slightly squarer Galaxy S6, with an aluminum frame and glass on either side. The underside of the Note 5 curves upwards towards the bezel, like a reverse edge display, which makes it appear slimmer than it is.

But make no mistake: this is still a very big phone, with a massive 5.7-inch display. The QHD resolution has been maintained from the Note 4, but the internals are all new: an octa-core Exynos 7420 chip, 4GB of LPDDR4 RAM, 32GB of internal storage (no microSD card), a 3,000mAh non-removable battery cell, and the same 16MP rear camera sensor with optical image stabilization as the Galaxy S6. Up front, the front-facing sensor has been boosted from 3.7MP to 5MP, and the wide-angle selfie shooter promises to be better in low light. Like the Galaxy S6, the device also ships with Qi and PMA wireless charging support and ultra-fast charging, which is said to be even speedier than that of the S6. There’s also a fingerprint sensor on the home button.

Also new is the spring-loaded S Pen, which works with a brand new Air Command interface to allow users to take notes immediately upon release. Air Command’s main features, like Action Memo, Smart Select and Screen Write, are still present, but the interface has been overhauled with customizable shortcuts and a cleaner, more user-friendly design.

The Galaxy Note 5 will be coming to Canada on August 21st, and we’ll have more information about pricing and availability in the coming days.