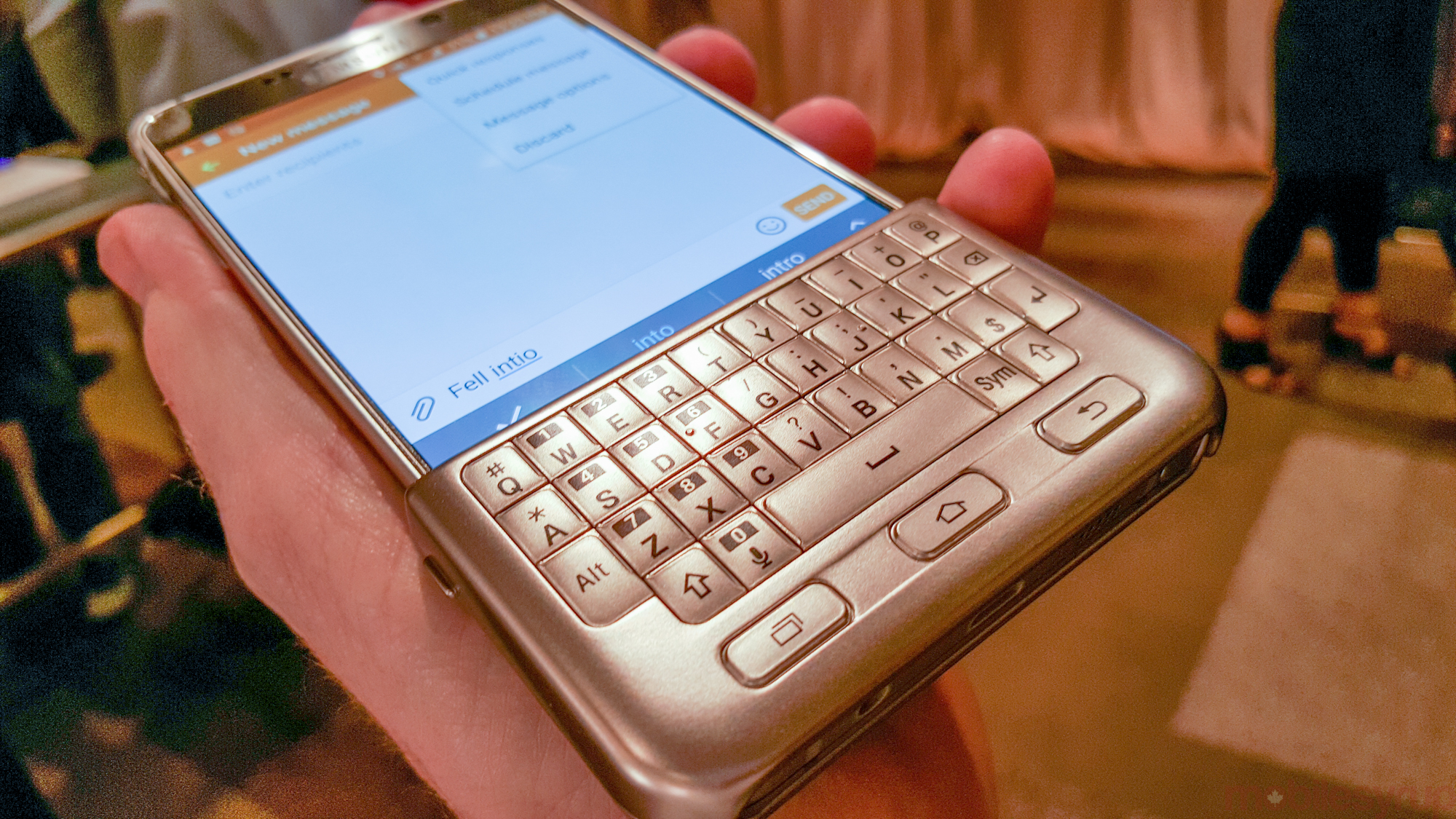 I’m going to go out on a limb and say that Samsung is more than a little desperate to eke every ounce of goodwill it can from the business community, driving IT administrators towards its Knox solution, while promoting the Galaxy Note as the ultimate productivity device.

Today, alongside the Note 5, Samsung has unveiled one more thing to drive adoption amongst that vital demographic: a keyboard case that slips over the front of the 5.7-inch display that, you guessed it, mimics a hardware QWERTY keyboard. 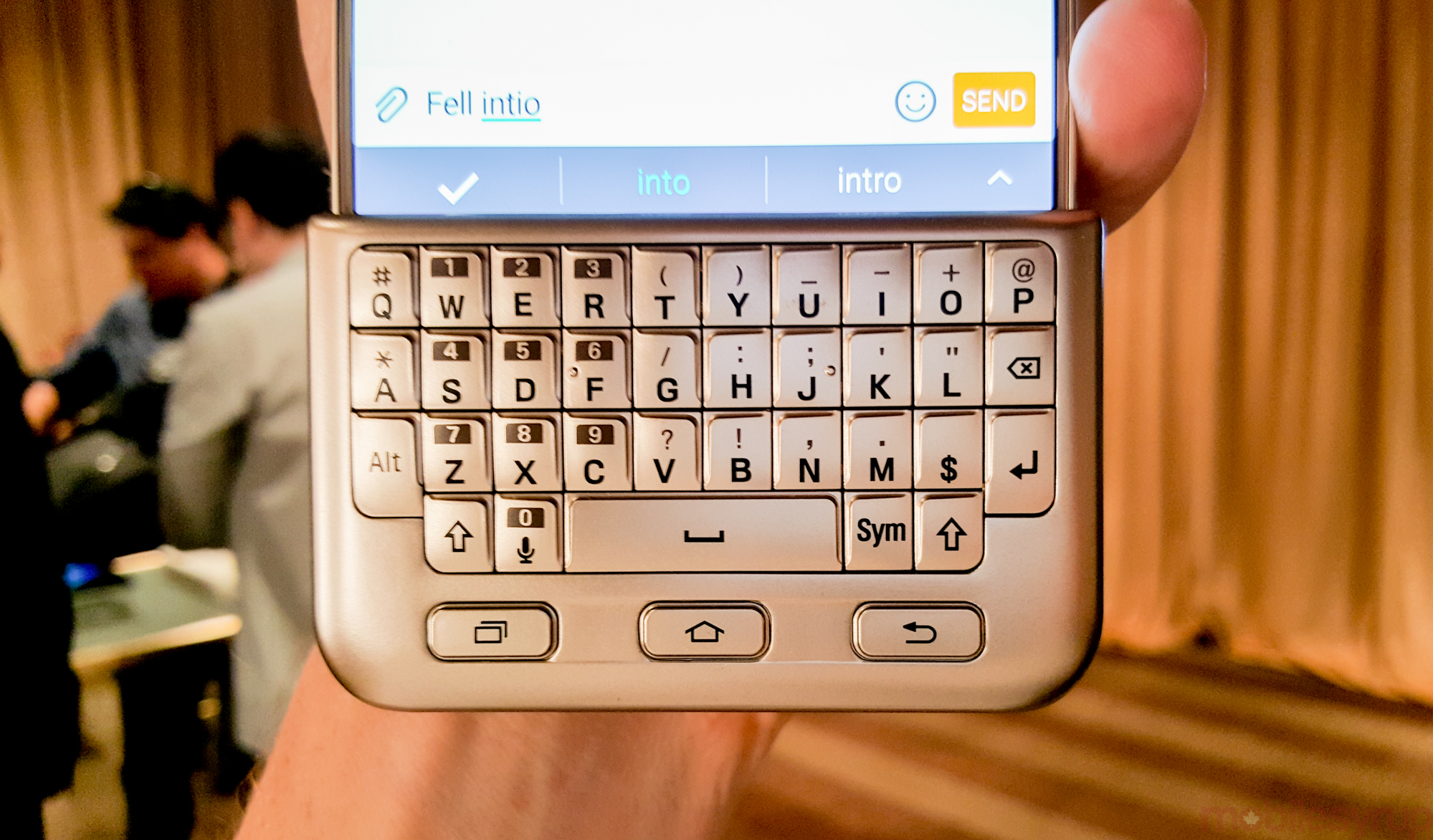 Think BlackBerry or Typo, or some ungodly amalgam of the two, but this unit is neither powered nor particularly complicated.

The template, which features clicky keys that don’t quite match the complex and satisfying feedback of a BlackBerry, fits over the screen, interacting with the Note’s virtual keyboard using a capacitive layer on the underside of the unit. Each time a key is pressed, it sends the equivalent input onto the screen, imitating a hardware keyboard. 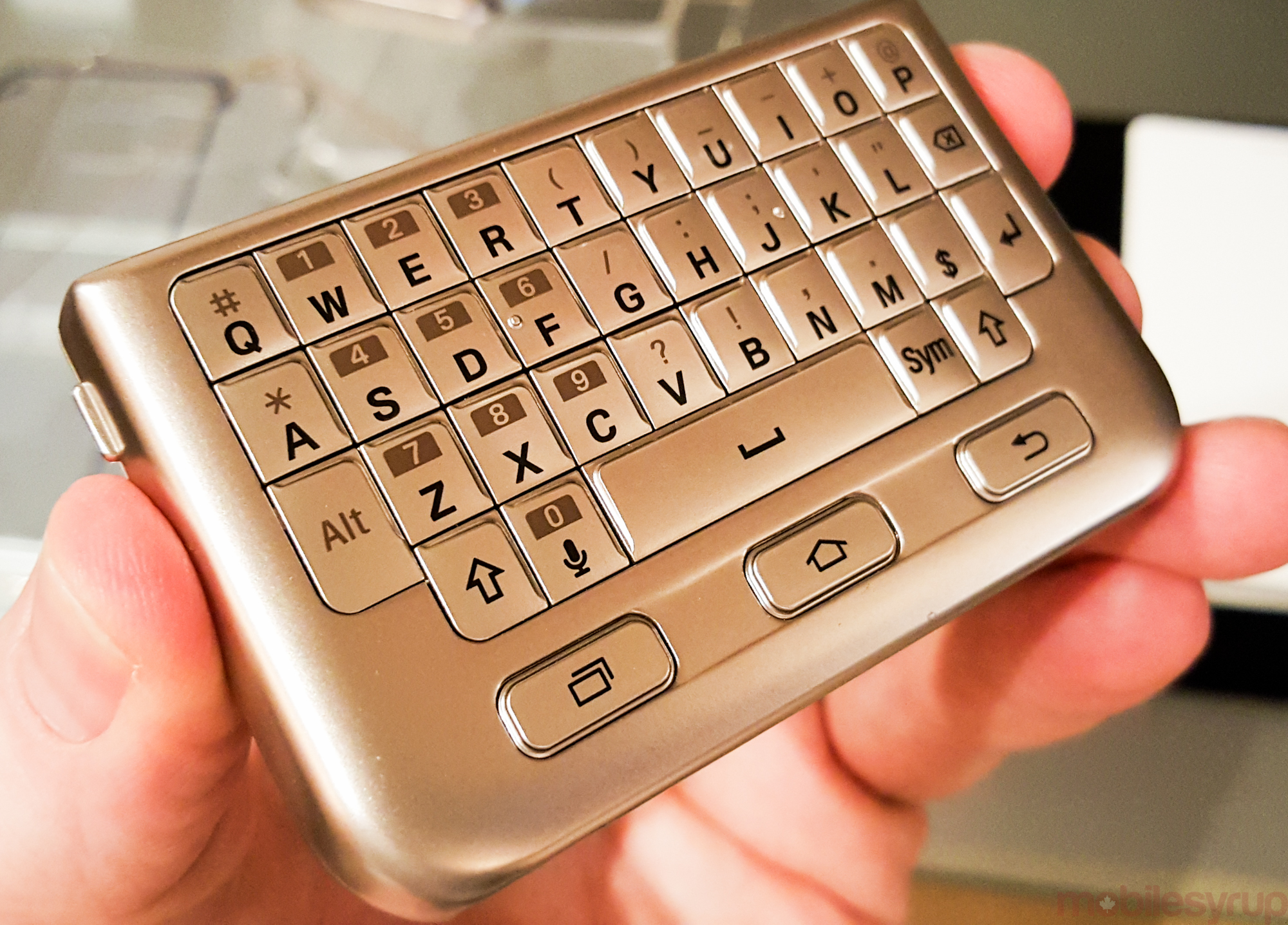 When not in use, the keyboard snaps onto the back side of the phone, ready to jump to attention at the first sign of an input box.

We got to play with the gold version of the case, though other colours are likely (Samsung didn’t have any additional colours to demo). Interestingly, the case interacts with the capacitive back and menu buttons, and physical home button, in much the same way as it does the screen: by force. You lose the ability to unlock the phone with your finger while the case is on, too.

It’s even possible to keep the case on all the time, if you’re into that. The Note 5’s software detects its presence and adjusts the UI accordingly; everything is merely resized to fit in the square-ish area above the keyboard. In fact, the resemblance to a tall BlackBerry device is pretty uncanny. 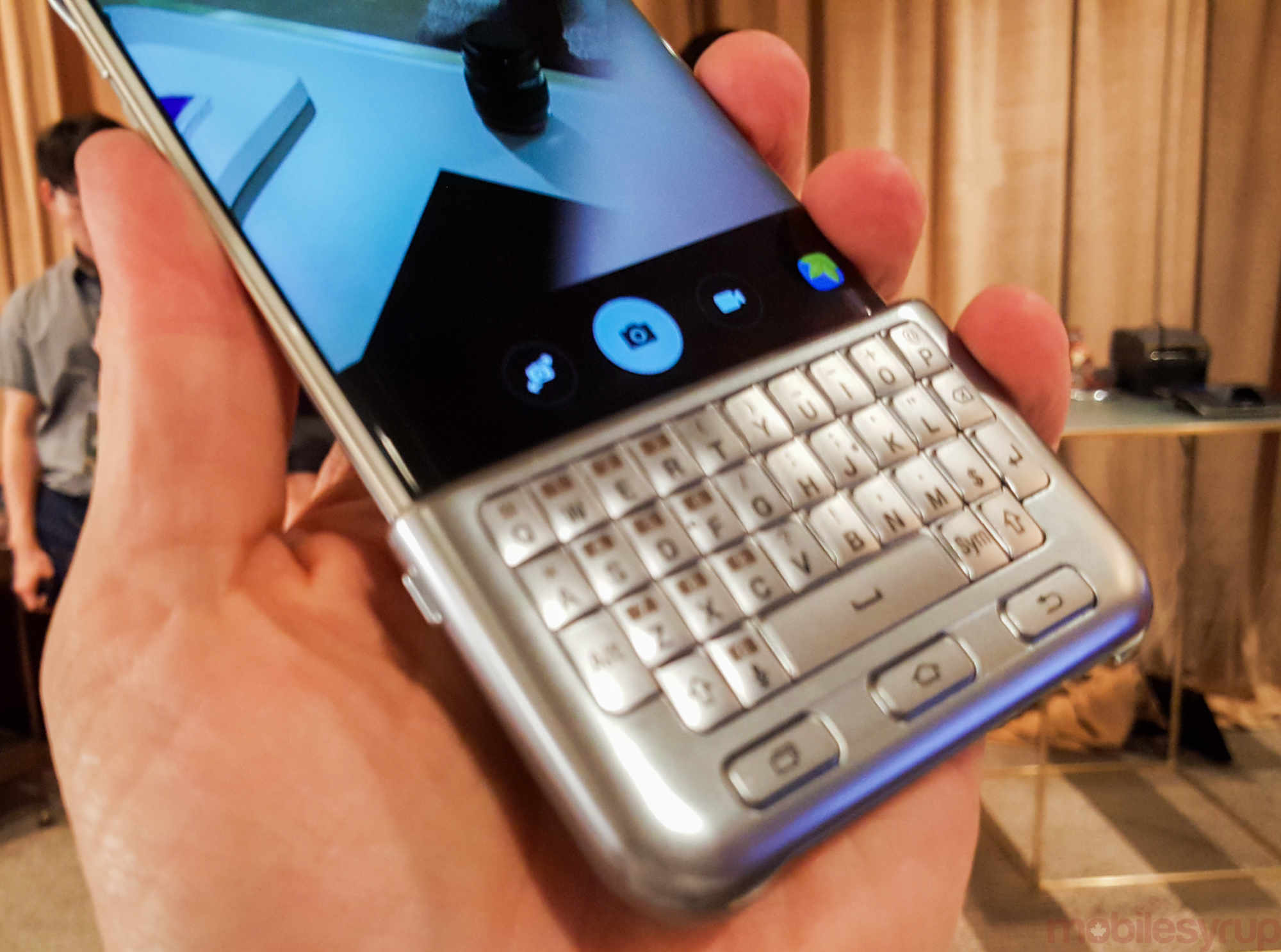 Sure, it’s a gimmick, and it’s not practical for most people, but you know there’s someone in your friend group who misses his BlackBerry that much to go out and buy this thing. I know I’ll be trying it as soon as I can.