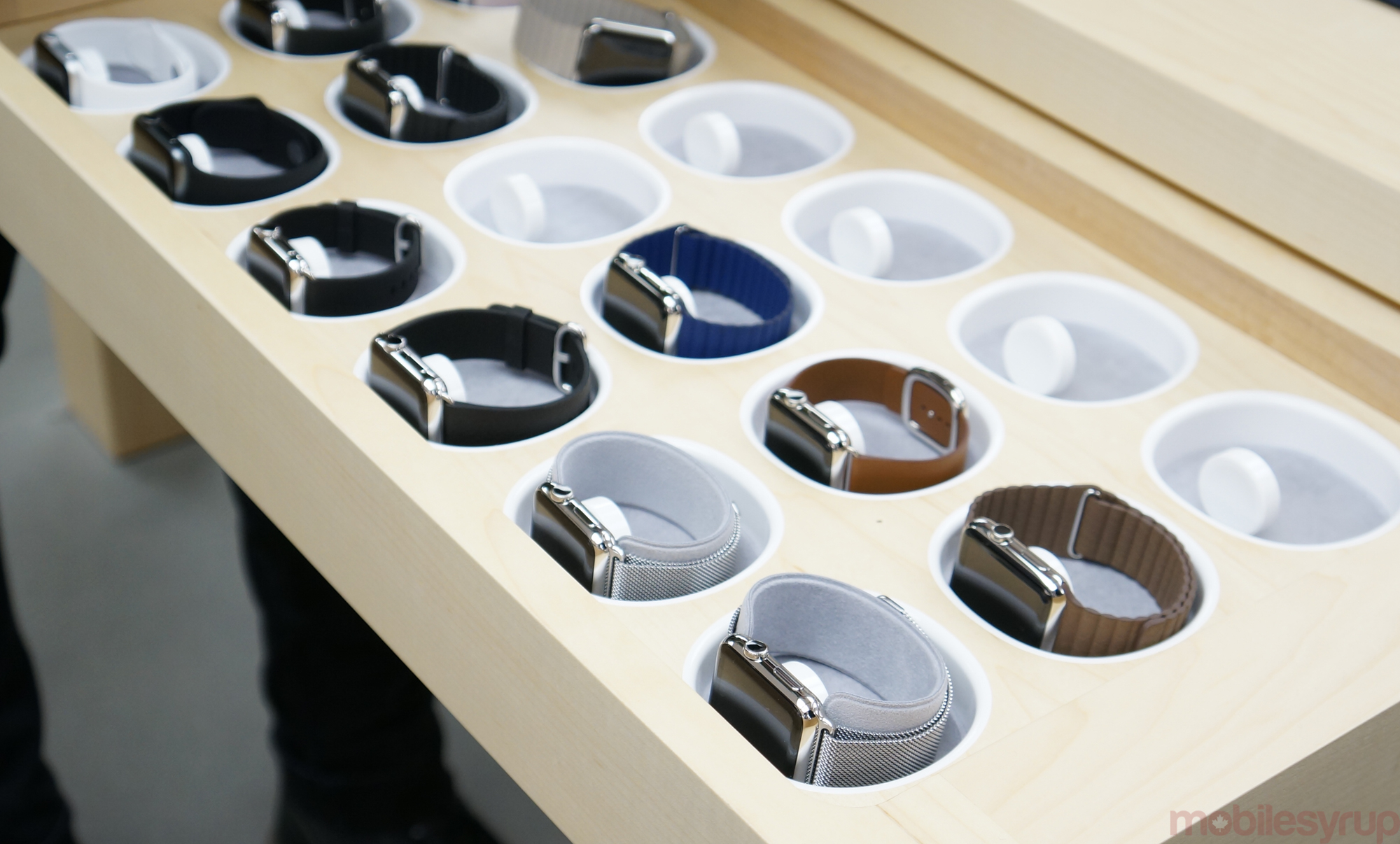 Those who had planned to mosey up to an Apple Store to purchase themselves an Apple Watch on April 24th are in for a disappointment.

According to a leaked memo penned by Angela Ahrendts, Apple’s senior vice president of retail and online sales, the company won’t have any Apple Watch stock to sell at its retail locations until the start of June.

“Many of you have been getting questions asking if we will have the watch available in stores on April 24 for walk-in purchases,” says Ahrendts in the leaked memo. “As we announced last week, due to high global interest combined with our initial supply, we are only taking orders online right now.”

The former Burberry CEO goes on to say, “I’ll have more updates as we get closer to in-store availability, but we expect this to continue through the month of May.”

Adrendts then explains the rationale behind the decision, saying:

“It’s important to remember that Apple Watch is not just a new product but an entirely new category for us. There’s never been anything quite like it. To deliver the kind of service our customers have come to expect—and that we expect from ourselves—we designed a completely new approach. That’s why, for the first time, we are previewing a new product in our stores before it has started shipping.

“I know this is a different experience for our customers, and a change for you as well. Are we going to launch every product this way from now on? No. We all love those blockbuster Apple product launch days—and there will be many more to come. They’re the moments where you, our teams, shine.”

That last paragraph is an interesting one. Based on a previous leaked memo, it looked like Adrendts wanted to move Apple away from the frantic launch days that had characterized so much of its past history. Judging from this statement, though, it looks like this isn’t the case.

For those that preordered the Apple Watch, Adrendts promises the company they’ll be delivered on time and without issue.