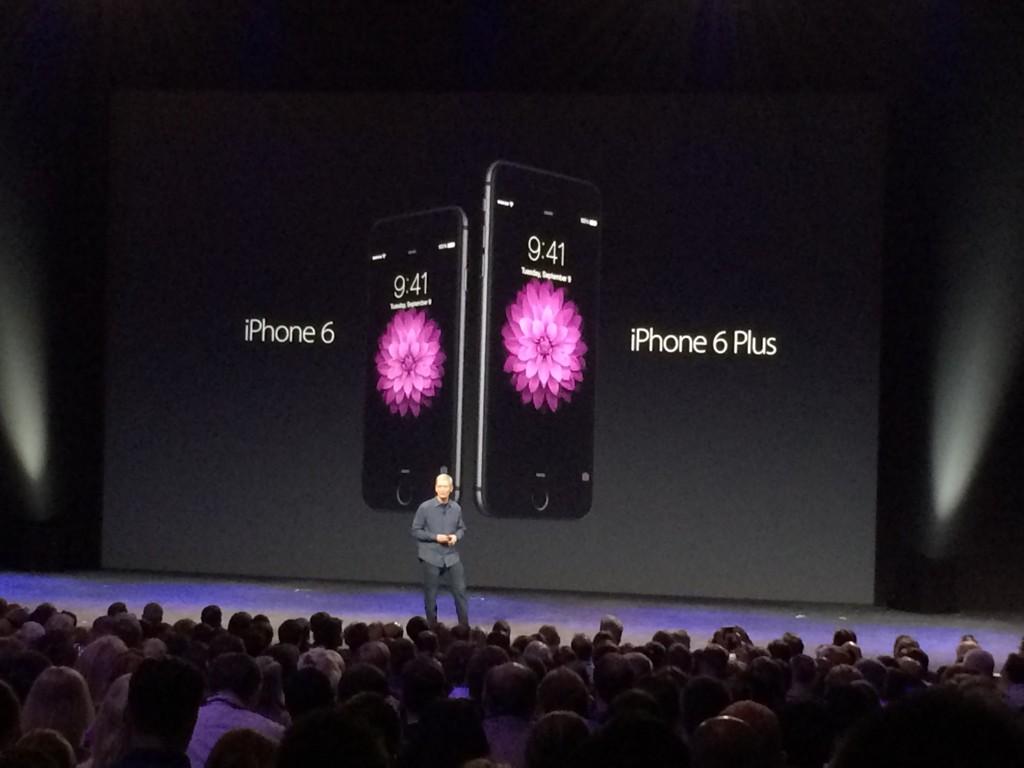 After months of speculation, Apple took to the stage today to announce the latest model of its iPhone 6. As per the rumours, Apple has announced two models of iPhone in two different sizes. There’s the 4.7-inch iPhone 6 as well as a larger 5.5-inch iPhone 6 Plus. 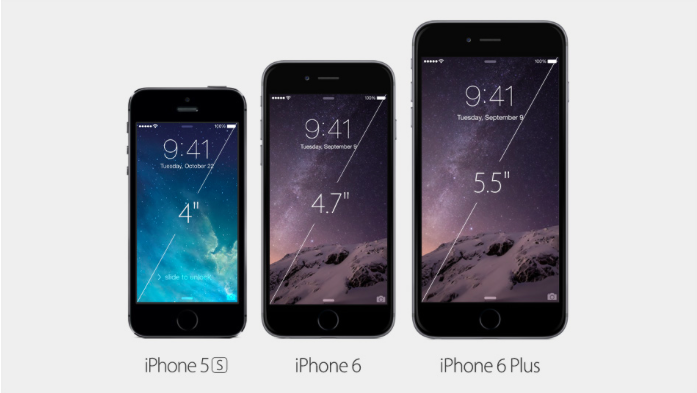 Apple CEO Tim Cook took to the stage today and skipped the usual updates about numbers of iPhones sold and iOS and app downloads. Instead he jumped right into the launch of ‘the biggest advancement in the history of iPhone.’ If you’ve seen any of the leaks up until this point, the aesthetic of this year’s iPhone won’t be at all surprising: it looks exactly like the photos and video we’ve seen up until now.

Both devices have Apple’s next generation Retina HD IPS display with full sRGB colour stripe. The iPhone 6 Plus also has a special landscape mode as well as a one-handed mode, so apps conform better to the larger real estate.

Interestingly, Apple made no mention of the rumoured sapphire display. Presumably, they still have a tough material, like Gorilla Glass 3, protecting the device from scratches, though we don’t have confirmation on that just yet. However, the new all metal construction does mean that these are the thinnest iPhones yet, measuring just 6.9mm and 7.1 mm thick, compared to 7.6 mm on the iPhone 5s. 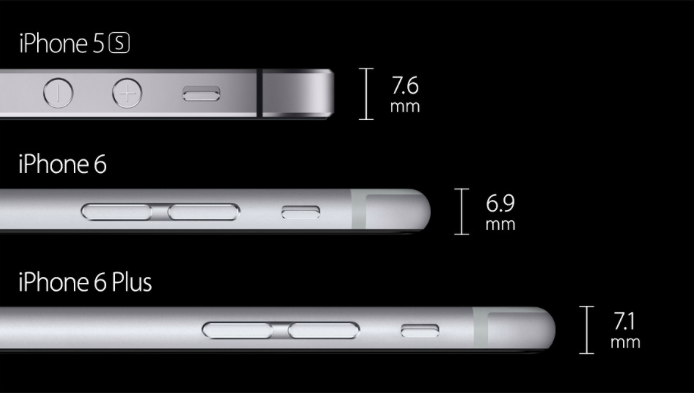 Both devices are based on Apple’s new A8 chip, which is a 64-bit chip with 2 billion transistors based on the 20nm process. It’s 13 percent smaller than the A7 and Apple’s Phill Schiller told attendees today that it boasts a 20 percent faster CPU with 50 percent faster graphics.

Apple claims the processor performance is 50 times faster than the first generation iPhone and the graphics graphics performance is as much as 84 times faster. Apple’s updating the motion co0processor too, introducing the M8. This is designed for fitness apps and measures distance as well as cycling running, and elevation with a new barometer built into the iPhone 6 and 6 Plus. 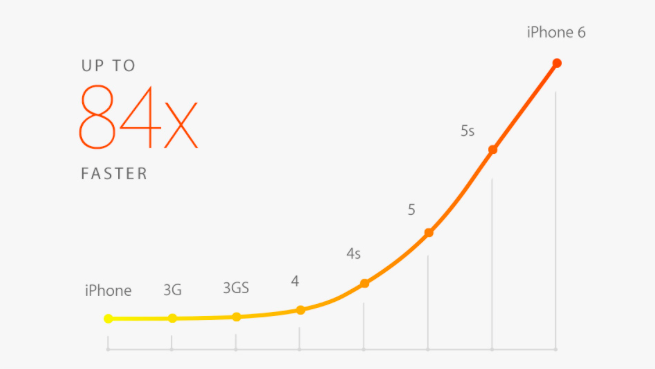 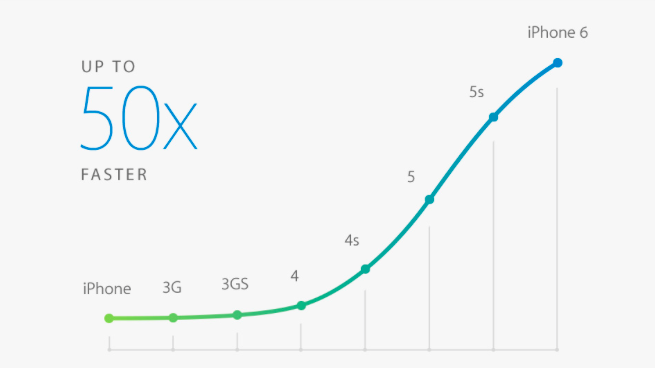 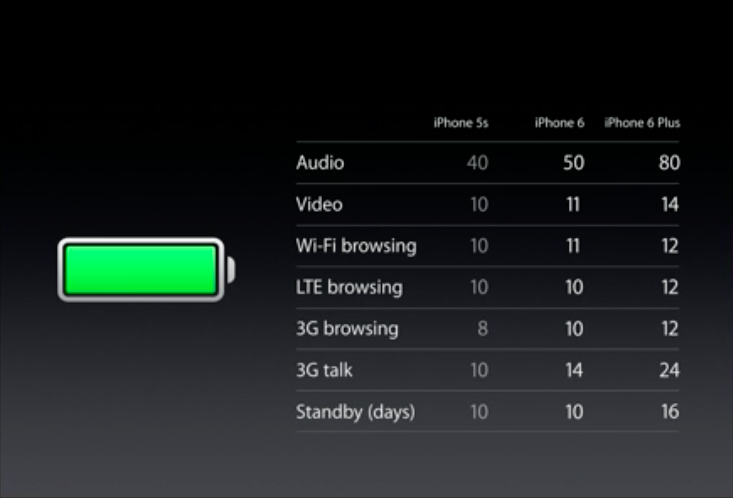 The iPhone 6 and 6 Plus support up to 20 LTE bands, more than any other smartphone, as well as VoLTE or Voice Over LTE. Apple is also adding WiFi 802.11ac and support for WiFi calling along with it. The company is partnering with T-Mobile in the USA and EE in the UK for this functionality.

This camera also packs something for the selfie fanatics with a new feature called ‘burst selfies.’ Apple hasn’t forgotten HDR either, and it’s adding a new single-shot HDR feature, too. For video, there’s continuous autofocus while capturing video, cinematic video stabilization, capture at 1080p at 30 or 60 frames per second, and support for slow motion capture at 120 or 240 fps. 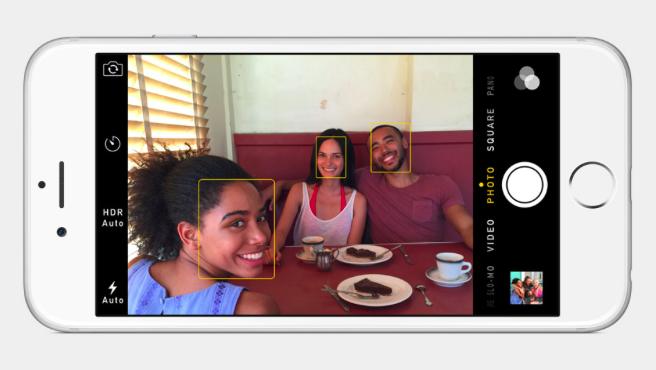 Both devices will, obviously, launch with iOS 8, which Apple formally introduced today after a preview earlier this year. iOS 8 comes with Apple’s new Health app, which helps you track your general health and fitness data, as well as a new predictive keyboard, a new and improved notification system, and Touch ID support for apps that warrant added security (like Mint). 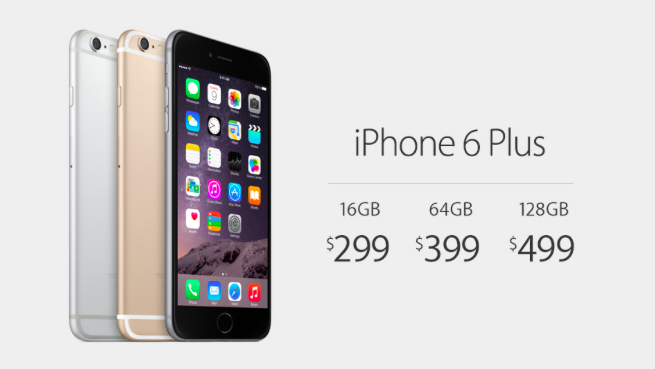 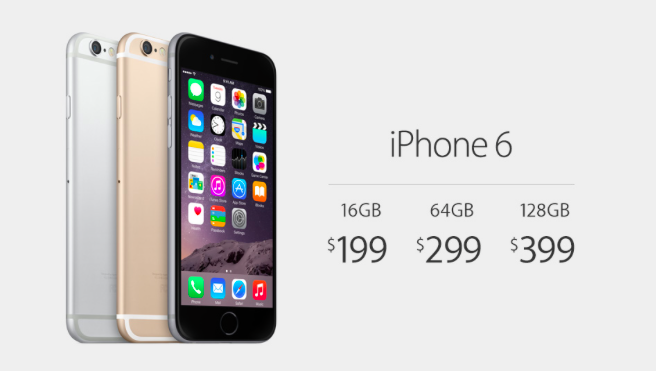