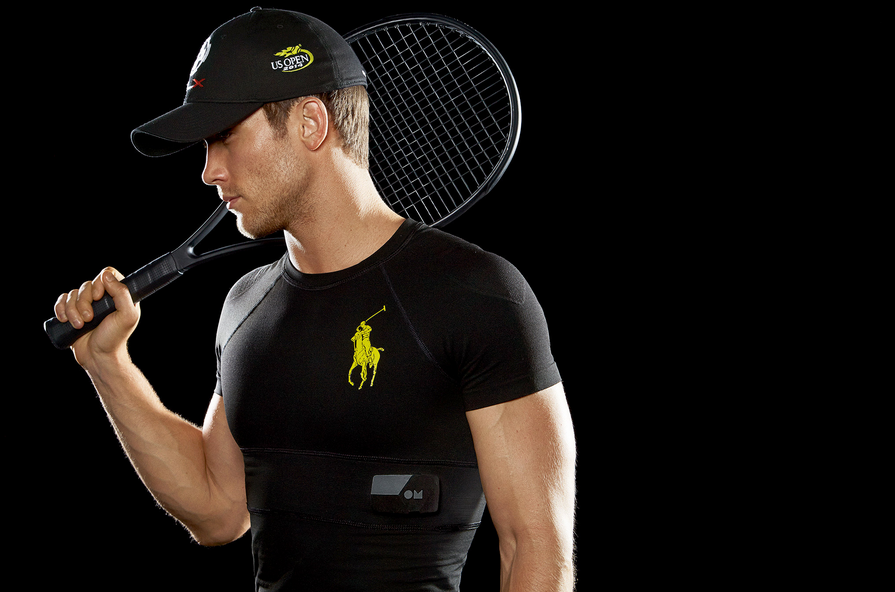 This week, as Djokovic, Federer, Wawrinka, Murray and Canada’s own Milos Raonic vie for the men’s U.S. Open title, the people with the most under-appreciated job, the ball boys, will be the most uniquely adorned.

Ralph Lauren, the designer clothier behind the polo shirt, will be outfitting a team of ball boys with sheer black shirts with conductive fibres meant to “monitor your heart rate, breathing and stress levels,” which will send the information wirelessly to a smartphone or computer.

Unlike early sensor-laden clothing, Ralph Lauren’s connected shirt will not have any additional layers or external peripherals to facilitate communication; everything necessary is built into the fabric — and it uses the body’s conductivity as source of data.

There is a Canadian connection here, too. Lauren is using OMSignal’s technology as a basis for the connected shirt. OMSignal, a Montreal-based startup, has raised $11 million, including a recent $10 million Series A, to fund development and expansion of its intelligent clothing lineup.

We recently covered the company’s launch of its first two products, a fitness-based men’s shirt and a more lifestyle-focused article, both of which communicate with a smartphone app to deliver health-related metrics.