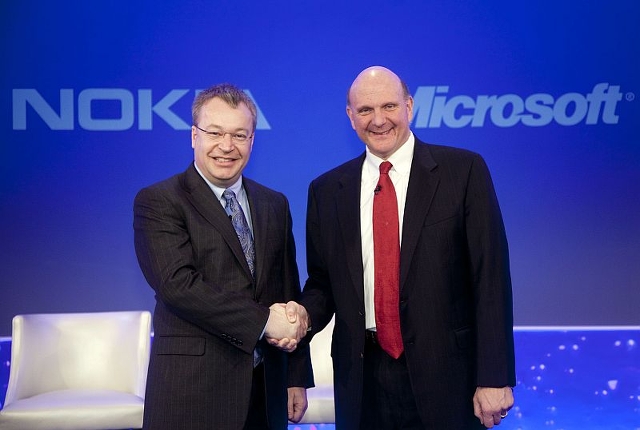 Three weeks after Microsoft announced it would be laying off 18,000 employees, the story still remains as one of the biggest of 2014. But a spotty quarterly report and a round of podcast debate still doesn’t fully explain why Microsoft would lay off 70% of a company it paid $7.2 billion for less than a year ago.

We asked Tomi Ahonen, a renowned mobile analyst, and former Nokia executive, to unpack the chain of events leading up to the layoffs, as well as his projections for Microsoft’s mobile hopes for the rest of 2014.

First, this was obviously done under Ballmer. Nadella has re-examined all of MIcrosoft’s current business and strategy, and has clearly different views from what Ballmer had thought. This is one area where Nadella’s view of the Nokia handset business in 2014, seen from the inside as the new owner, with all its warts, is different from what Ballmer thought back in late 2012 and early 2013 when the first discussions started about the purchase and Nokia was the desirable object Ballmer and Bill Gates had been wanting to have for a decade…

Some more detail: when Microsoft and Nokia first negotiated about the sale of the handset unit to Microsoft in early Spring 2013, the offer Microsoft made was so undesirable to Nokia, Nokia walked away from the negotiations. Then Nokia rushed the X Series on Android project onto prototype stage (late Spring 2013) by probably altering a few preliminary Asha and Lumia projects onto the Android OS, and when those were leaked, Microsoft rushed in with an improved offer so that the two parties could negotiate a deal.

Now the reality hits. Nadella took over, and saw what a wreck Elop brought with him as the remains of Nokia.

Microsoft’s desire and its ‘deep’ understanding of Nokia was based on Nokia’s performance in 2012. Microsoft would think that whatever lesser performance Elop had at Nokia in 2013 was because of resources diverted to the urgent secret project for Project X on Android. So while Nokia reported declining sales and market share all through 2013, Microsoft – i.e., Ballmer – could rather easily look past that, thinking that what he was buying was the Nokia that existed in 2012, and if Microsoft took ownership of the handset business and discarded the nonsense, with full Microsoft marketing muscle etc., they could soon resurrect the troubled handset business back to where it was around 2012. Note that in 2012 Nokia’s smartphone business was the 3rd largest in the world behind Samsung and Apple, and had 5% market share for the year. Plus Nokia’s dumbphone business was still huge, out of all phones sold (dumb and smart) Nokia had close to 20% market share globally. 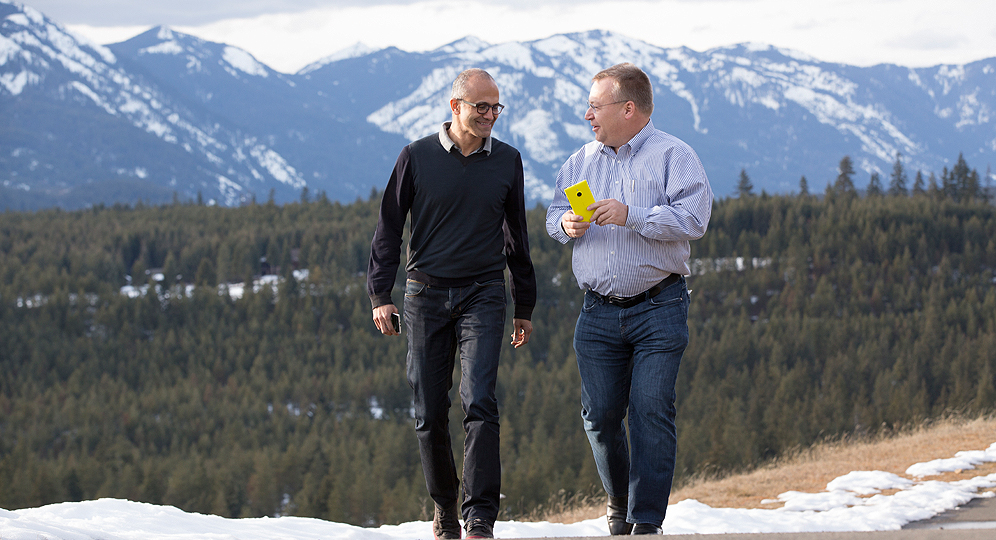 Now the reality hits. When Nadella took over, and saw what a wreck Elop brought with him as the remains of Nokia, and the horrid profitability (i.e., huge losses) that the handset unit was generating – even with Microsoft’s massive marketing support of one quarter million dollars per quarter – he understood that this was damaged beyond repair. Then, while owning Nokia handsets unit for 3 weeks, Nadella saw the first actual performance data and that the basic phones – dumbphones, feature phones, Asha touch-screen internet phones, and X Series Android phones – combined, saw a collapse of 29% of their unit sales in just three weeks. No doubt the CEO called around to a few of Nokia’s large handset partner-distributors like China Mobile, Vodafone, Telefonica, etc., and discovered that they didn’t like Microsoft and would continue to damage any handset business by Microsoft.

The damage to the Lumia, i.e. Windows Phone, unit had been completed, and the last 2% or 3% of the market that Nokia held at the end of 2013 is the level that Microsoft can do without carrier support. But on the dumbphones side, Nokia held 15% market share last year, when Nokia still was independent of Microsoft and those dumbphones didn’t use Windows software. Now that they are no longer Nokia phones, they are Microsoft phones, the carriers have imposed the same choke-hold on the dumbphone business as they did to the Nokia smartphone business. The carriers can drive that too into approximately the 3% range, and for Microsoft there is no use continuing the dumbphones business as that does not in any way support the Windows environment.

The reason Microsoft had to buy all of Nokia’s handset business, not just the smarthpone business, was that Asha had outsold Lumia for the duration that the two product lines co-existed at Nokia. Yes the featurephone business of ‘real Nokia’ outsold the ‘advanced’ Windows Phone based Lumia. So, if Microsoft had only bought the Lumia smartphones business, it would then have had to fight head-on against Nokia’s own Asha line that Elop had been trying to call ‘smartphones’ for several quarters. Microsoft could not allow that, as it would have been very embarrassing in the market and a clear indication of how badly Lumia and Windows Phone were being received. But now that Microsoft owns Asha and other Nokia basic phones, they have no use for that business. They will shut it down. So most of the layoffs are happening not in the Lumia Windows Phone smartphone business, but at the dumbphones side of ex-Nokia (and of course the X Series is being terminated). 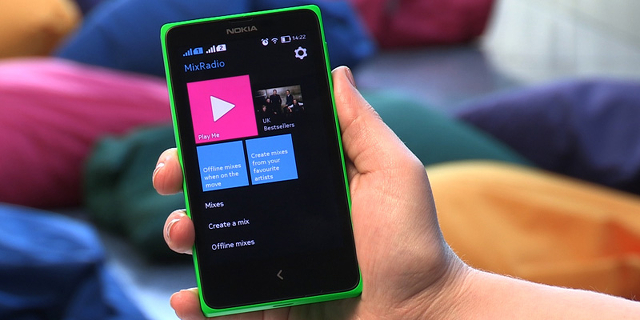 With the severe cuts at the handset business, there is less R&D, there is less volume and scale, there is less ability to support the retail channel, to secure low-cost component deals with bulk discounts, etc. These will drive up Microsoft’s ex-Nokia handset business costs while not improving revenues. The cuts will limit marketing, which in a highly competitive global handset industry will damage sales almost instantly – as we saw with BlackBerry in a similar situation and will now see with Microsoft throughout 2014. The performance of this unit will continue to suffer until the effects of the disruption of half the staff being eliminated is done. This will take at least half a year. Meanwhile, as revenues shrink and Nokia’s top-end Lumia products are not finding any traction – all the Lumia growth is in the bottom of the price range – the unit will continue to struggle to find profits and likely the smartphone unit at Microsoft will continue to be unprofitable thorough the end of this year. If so, Elop will be replaced and Nadella will give the hardware business for some other, more competent, Microsoft employee to run. That will still not restore the handset business to profitability, and with totally negligent market share lingering around 2% or 3% for a year more after that, Nadella will start to feel the pressure to shut down the failed handset unit. More layoffs will come before that happens.

Tomi Ahonen writes regularly about the mobile industry at his personal blog, Communities Dominate Brands. He has written extensively about the death of Nokia.