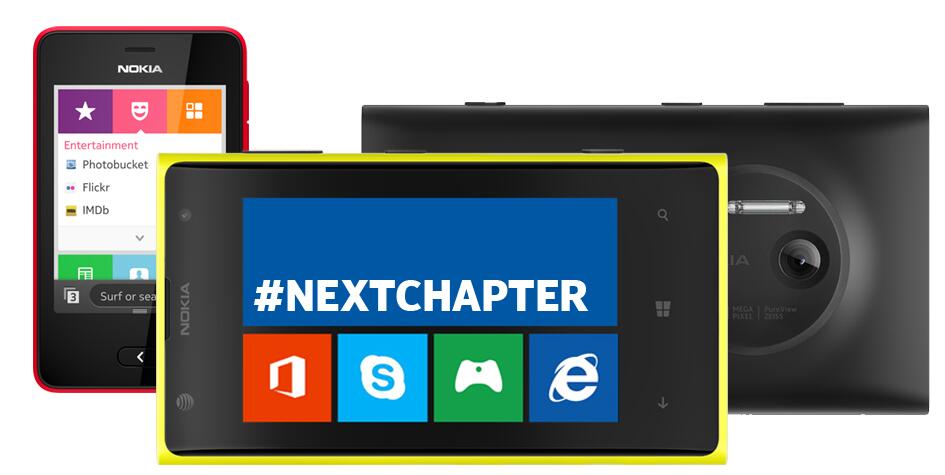 Microsoft has announced the acquisition of Nokia’s Devices & Services division, the very portion of the Finnish OEM that designs and manufacturers its Lumia and Asha smart devices.

In a joint open letter from CEOs Ballmer and Elop, the companies are marking their “next chapter” together, “focus[ing] on enabling mobility through its leadership in networking, mapping & location, and advanced technologies.”

The partnership between the two companies, which began in early 2011 with the launch of the Lumia 800 and its subsequent series of Windows Phone-based devices, has grown increasingly symbiotic, with Nokia adding essential ingredients to Microsoft’s beleaguered OS, along with mapping data from the Finnish company’s NAVTEQ division. Nokia in term has received an enormous marketing partner in Microsoft, with outgoing CEO Stephen Ballmer joining Nokia reps on stage during a number of product launches.

Throughout Windows Phone’s assent and subsequent plateau, Nokia has been the only OEM to show consistent interest in the operating system; despite HTC and Samsung’s tepid acknowledgement of the software they continue to almost exclusively focus on Android. Nokia has made Windows Phone what it is today, for better or worse.

According to the two companies, Microsoft will purchase Nokia’s Devices & Services business for around $4.88 billion USD, with a 10-year lease for Nokia’s patents and intellectual properties for $2.18 billion, with a total cost of $7.2b. The deal is expected to close  in early 2014. This includes the Lumia brand and products, along with the company’s thousands of patents and licensing agreements with Qualcomm and others. Microsoft will be taking Nokia’s Mobile Phone business, too, which includes its successful low-cost Asha line (which, ironically, does not run Windows Phone).

Nokia will continue to own its branding, but Microsoft will leverage the name as it attempts to grow the smartphone line around the world. As part of the deal, Microsoft will also license Nokia’s HERE platform exclusively for four years. Since Nokia, even without its Devices & Services division, is quite a large company, having just bought out Siemens’ share of its Nokia Solutions and Networks division last month, it will be interesting to see how the now-separate NSN will work with Microsoft on future projects.

Top Nokia execs, including CEO Stephen Elop, Jo Harlow, Juha Putkiranta, Timo Toikkanen, and Chris Weber will transfer to Microsoft as employees. Stephen Elop, however, will be stepping down as Nokia’s CEO to become Executive Vice President of Devices & Services; in his place, Risto Siilasmaa, former CEO of F-Secure Corporation and current Nokia Chairman, will be stepping in as interim CEO.

Update: It appears that Stephen Elop is in contention for Microsoft’s upcoming CEO vacancy. The erstwhile Nokia CEO and soon-to-be EVP of D&S has been confirmed by outgoing Microsoft CEO Stephen Ballmer as a candidate — formerly external, now internal — but neither party would reveal his place in the standings.

The deal also breaks down as follows: Nokia’s Devices & Services division, along with a four-year exclusive parternship with HERE Maps (which Nokia retains), all of Nokia’s phone brands, including Lumia and Asha, its employees, marketing materials, sales force, manufacturing facilities and trade partnerships; and a 10-year non-exclusive lease of Nokia’s patents and IP.