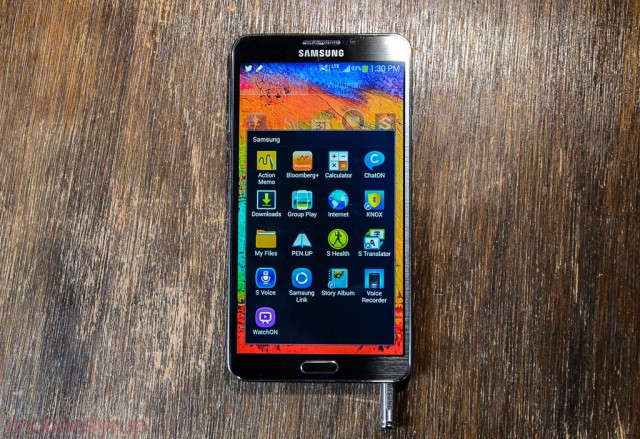 Samsung’s newest flagship phablet doesn’t break cover for another few days but, as usual, we don’t have to wait until September 3 to find out about the latest Note. The rumor mill has been churning out little bits of information on the Note 4 for months and one Indoneisan retailer, Erafone, just accidentally let the cat out of the bag as far as specs are concerned.

Previous rumors pointed to a 5.7-inch 2560 x 1440 display, as well as a Snapdragon 805, 3GB of RAM, 32 GB of storage and a 16MP camera. Thanks to Erafone, we now know that much of the information we’ve heard over the last few months is true, though there are some differences.

For a start, the Note 4 will apparently have 4GB of RAM as opposed to the rumored 3GB. The display will be the reported 5.7-inch 2560 x 1440 Super AMOLED panel and the camera will sport a 16MP sensor, but storage will actually be offered in three capacities (the usual 16GB, 32GB, and 64GB), and users will be able to expand storage to 128 GB via MicroSD (if you can afford it).

Other specs include either a Snapdragon 805 or Exynos 5433 SoC (depending on region), Bluetooth 4.0, support for LTE Cat-6, and Android 4.4.3 KitKat (with Samsung’s own custom software on top). Still no word on battery, unfortunately, but we’re expecting something similar to the last Note, which had a 3,200mAh removable cell.

As for pricing, it’s too soon to really say; Erafone’s Indonesian price is IDR 9,499,000, which translates to almost $900 CAD. We’re going to assume it won’t cost that much in North America and will wait to hear the official word on pricing from Samsung Canada. 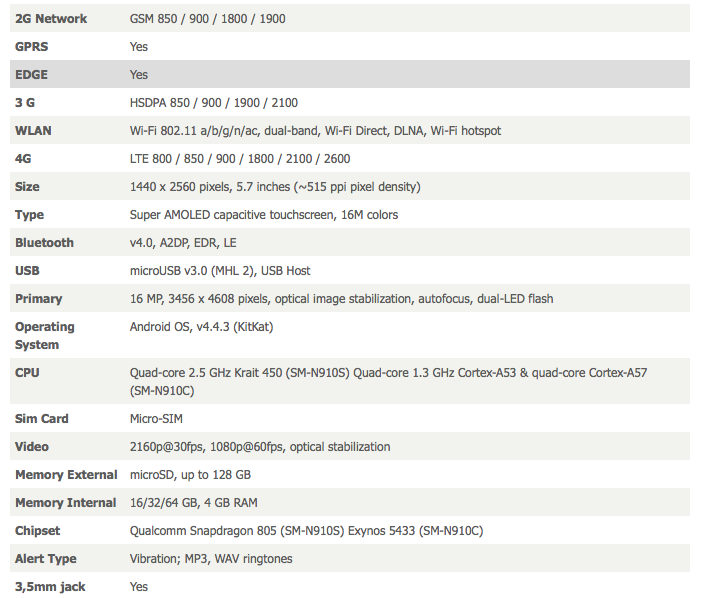