Tête-à-tête: Where is Canada’s Uncarrier? 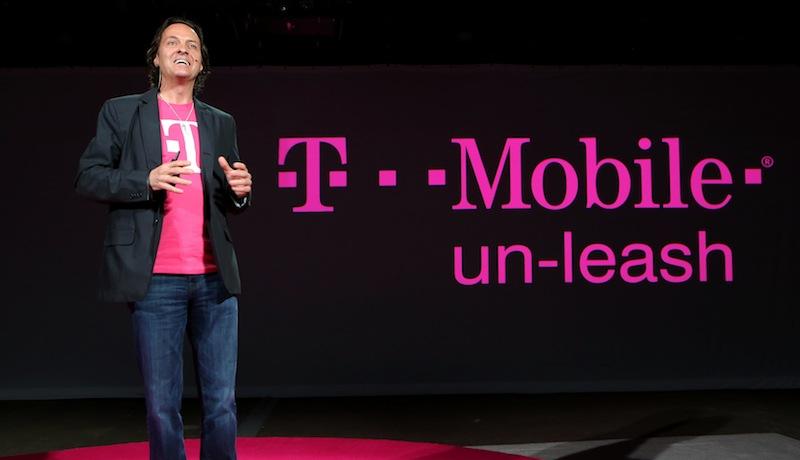 Welcome to Tête-à-tête, a new series where two of our writers remark on interesting topics in the mobile landscape — through chat. This week, Douglas and Daniel talk about why Canada can’t have its own John Legere, even though one carrier has been taking steps to match T-Mobile’s customer-first approach.

Douglas: We need to have a serious conversation about John Legere and T-Mobile. Other than a deluge of wearable tech and Michael Bay’s meltdown, Legere is the only thing from CES that I can remember two months later. I feel he is sincere in his customer-focused mandate, and the #Uncarrier movement is real. Legere’s recent Twitter trolling of John Chen was impeccable, and it underscored a really great T-Mobile offer for indignant BlackBerry users spurned by a poorly conceived marketing campaign.

But while many Canadians would likely prefer T-Mobile’s prices to the oligarchy of Canadian carriers and their relationship with the CRTC, I’m not sure they’d be able to stomach Legere, if the comment thread on that last post is any indication. I’m not sure you can have one without the other, though — Legere’s personal brand is T-Mobile’s brand.

So my question to you is this: what’s stopping the Uncarrier movement in Canada? Is it due to the nature of the Canadian telecom industry, or the polite sensibilities of Canadian consumers, who don’t seem to approve of aggressive competition?

Daniel: You’re right that the Uncarrier movement (I’m purposefully omitting the hashtag because lame) is working: T-Mobile added over 1.6 million new customers last quarter, its best 3-month period in eight years. Moreover, Legere is singlehandedly, along with some pretty smart marketing, revitalizing the company’s image as a customer-focused, price-conscious upstart.

But this has always been T-Mobile’s role in the United States, ever since Deutsche Telekom ported over its European brand name in 2002. The company is the fourth largest carrier in the US with nearly 47 million customers, and operates at extremely low margins and the lowest postpaid ARPU of the four majors. In other words, Legere is not a turnaround prophet, he was the company’s last hope.

If you’ll recall, T-Mobile’s very existence was tentative until early 2013; its acquisition by AT&T was rejected by the FCC after a regulatory uproar (it would have made the combined telco the biggest in North America), so it had to do something. It acquired regional carrier, MetroPCS, in early 2013, and began refarming its AWS 3G network to PCS so it could launch a nationwide LTE network on its considerable AWS cache. This after AT&T and Verizon had rolled out similar offerings 18 months earlier.

The Canadian market has a Legere: WIND Mobile’s Anthony Lacavera. Unlike Legere, though, Lac lacks the capital and financial backing from WIND’s parent company to expand into new territory. I’d argue that with the strength of VimpelCom behind it, WIND Mobile could have bought the necessary 700Mhz spectrum to roll out a healthy LTE network by the end of 2014. Instead, WIND will likely go bankrupt, its pieces mopped up by Videotron, or worse, a holding company like Cerberus.

There is also the matter of entrenchment: while Canadians love to complain about their incumbent carriers, the addition of three new entrants in 2009 changed almost nothing. WIND has under 700,000 subscribers, and Mobilicity might as well be non-existent. Public Mobile was bought by TELUS and will integrate with Koodo in the coming months. Canadians did nothing but stay put when a viable fourth carrier entered the market and undercut the incumbents by upwards of 50%. Canadian incumbents like Rogers, Bell and Telus boast higher post-paid ARPU than T-Mobile, and have proven that they don’t need to compete on price to win over customers.

Any time you want to complain about a Canadian incumbent carrier, head down to the US and roam on T-Mobile’s “4G” network. It’s awful. Coverage is bad and speeds are worse. Legere is certainly taking steps to improve things, but any customer in a big city like New York, San Francisco, Boston or Chicago will tell you that T-Mobile has, until recently, not been worth its lower prices.

Douglas: I will concede that, at some level, Legere is a false prophet until T-Mobile can improve their coverage issues (which to be fair, is something all US carriers face to a certain extent, but T-Mobile more so) to become a viable option for all Americans, not just some. But I contest your assertion that WIND is T-Mobile North. While T-Mobile is the 4th largest US carrier, they do have 46M subscribers, and are only 7M behind Sprint for 3rd. T-Mobile is much larger proportional to its national market than WIND, and maybe that has contributed to its greater success despite similar business models. Despite low ARPU, T-Mobile is not seen as a discount brand like WIND but rather a viable national option that is ‘sticking it to the big guys.’ Perhaps Canadians are only willing to go with more established carriers they know will be sticking around, or can provide coverage outside the GTA?

I think the best option Canucks have for a Canadian #uncarrier (HASHTAGS) is Telus. While currently #2, they are essentially neck and with Bell and Rogers, but lack those two companies’ resources as media conglomerates, giving them an incentive to push harder to remain competitive. They also have likely the most-loved brand out of the three. Why not leverage that brand equity towards a kinder, gentler #uncarrier that I know Canadians crave deep down in their hearts? I can see it now: cute CGI lemurs tearing up Rogers contracts in TV commercials, and politely reminding viewers that Bell ain’t so great while some pop hit from the ’70s plays in the background. If we can’t have an #uncarrier, can we at least have a #cutecarrier?

Daniel: Perhaps I was unclear: WIND could have been Canada’s T-Mobile, but instead is Canada’s US Cellular (or worse, some MVNO piggybacking off Sprint’s network you’ve never heard of). But Lacavera has the same tenacity and business acumen as Legere, and could easily, with the right resources, do for WIND what Legere is doing for T-Mo.

I’m intrigued by your determination that TELUS has the potential to be Canada’s Uncarrier. Pricing aside — TELUS will never be a “discount” carrier the way T-Mobile is considered by many — you’re right. They were the first to do away with stupid activation fees and bills that couch hidden fees in the print. That TELUS recently left the CWTA is a big deal, as it means they’re no longer satisfied being represented by the same lobby group as Rogers and Bell. Many of the company’s recent changes reflect that desire to be seen as the most consumer-friendly telco in Canada, and it’s working: TELUS boasts the lowest churn of the Big Three, and netted more customers last quarter than their counterparts. And you’re right, the fact they don’t have those alternate revenue streams — media, sports, radio — helps them stay lean and focused on improving their mobile offering.

On the other hand, TELUS is often the most expensive of the three carriers and, if you’ll excuse me while I get technical for a moment, they lack the same amount of spectrum as Rogers and Bell. Indeed, the reason TELUS wanted so badly to purchase Mobilicity was not for its low-ARPU customers but its extremely valuable AWS spectrum. Rogers wiped the floor clean with TELUS and, to a lesser extent Bell, during the AWS auction in 2008, and did the same during the recent 700Mhz auction. TELUS will struggle to scale its LTE network in markets like Southern Ontario where it only has 10Mhz of AWS next to Rogers’ combined 40Mhz (AWS + 2600).

That being said, if they continue to focus on getting the best smart devices and pairing them with the best customer service, TELUS will continue to grow, and is one major disruption away from turning this industry on its head. I worry, though, that complacency and a lack of competition — true competition, not this fake price-matching version — will prevent a real Uncarrier from emerging in Canada.

The Hail Mary pass may come from Videtron, which purchased 700Mhz spectrum in Ontario, B.C. and Alberta during  the recent auction, but it’s unclear whether even they, a company steeped in the conservatism of parent company Quebecor, will make waves in the country’s telecom space. And with former CEO Péladeau coming out in favour of Quebec secession, the company’s biggest shareholder may have thrown quite a curve in the government’s plan to ensure a fourth carrier in every market. And now we wait.