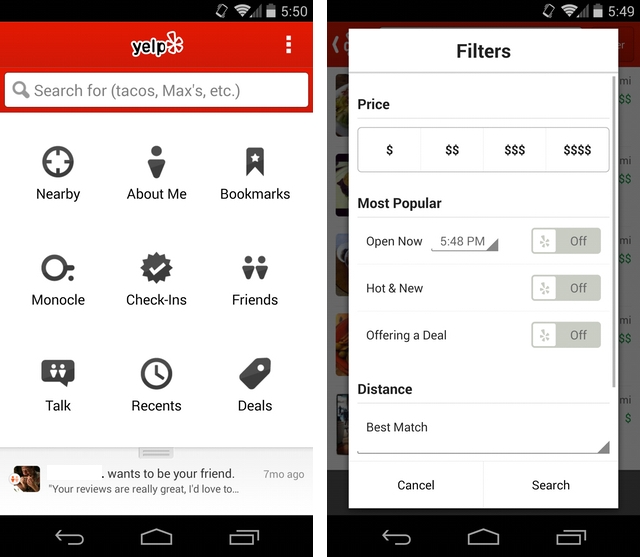 Yelp has issued an update to its Android app today, making its search filters more like its iOS and web counterparts.

The Android app has languished in design obscurity for some time, holding on to legacy Gingerbread elements, with old-school button designs and poor navigation. While the majority of those problems still remain in version 5.5, Yelp has at least seen fit to overhaul its search filters, adding the kind of granularity you would expect from a company with this much data at its disposal.

The app has also made it easier to find reviews of a particular business, which has proven to be difficult in the past. Yelp recently made it possible to post reviews from mobile devices, and now it is bringing a full retinue of search and filtering options to smaller screens. It’s too bad Yelp still sucks on Android tablets, but perhaps one day the team will get around to that, too.