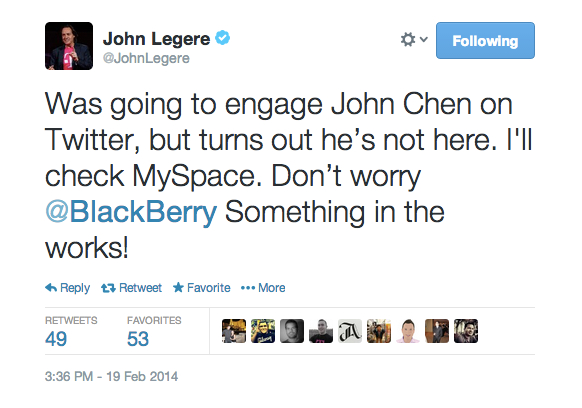 Judging from today’s tweet (shown above) things have changed. Whatever the reason, the disconnect in direct communication illuminates the differences between Canadian and US corporate approaches. The eccentric, combative American CEO uses his personal Twitter account, while the Canadian company follows a longstanding tradition of responding to spats via its corporate blog.

John, we know you love Twitter, and it’s a shame that Mr. Chen isn’t on Twitter. But if you wanted to get ahold of him, why not try leaving a comment on his blog post?

Update: T-Mobile has published a new offer for customers on its corporate blog, and it’s a pretty sweet deal for BlackBerry users looking to stay with the Canadian handset maker. John Legere continues to perfect his Twitter game: 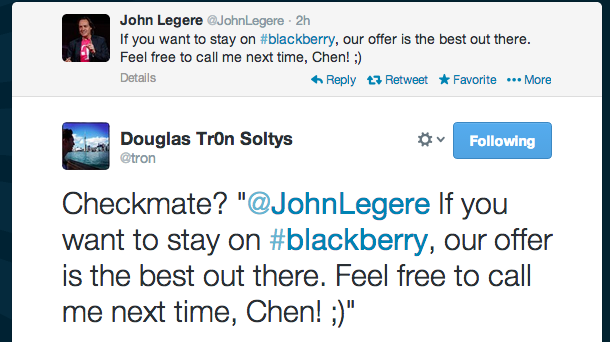 If this escalates we may have to petition BlackBerry to create a Twitter account for John Chen so he can respond in real time.

OnePlus 6T sales in the U.S. are up 249 percent thanks to T-Mobile