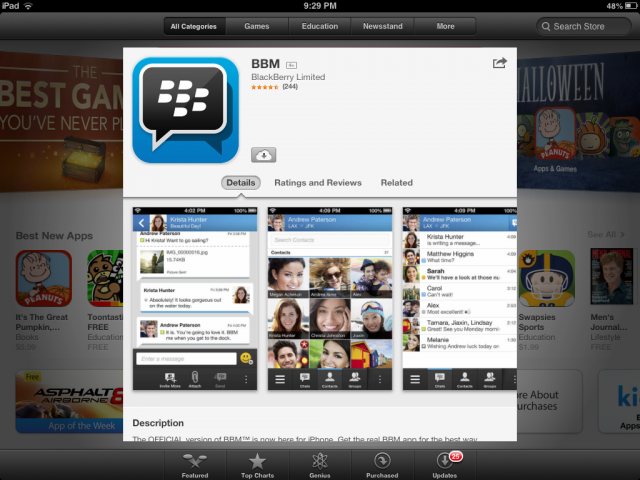 Now that BlackBerry has made BBM for iPhone and Android available we can shift our attention towards what’s next. We recently saw BlackBerry execs quickly demo a mirrored version of the app on a desktop and if the rumour circulating on Twitter is correct then we’ll eventually see this rolled out to the masses.

According to Twitter account “BlackBerry Scoop” – who’s been reliable in the past – BlackBerry will indeed come to market with a desktop version, plus also expand the app to fit tablets (iPad and Android). In addition, for all the Windows Phone 8 users out there, apparently BlackBerry is working hard to bring BBM for Windows Phone to you, too.

Sounds like a good move, especially if the company is shifting towards a core ‘enterprise and prosumer market.’ Time will tell.