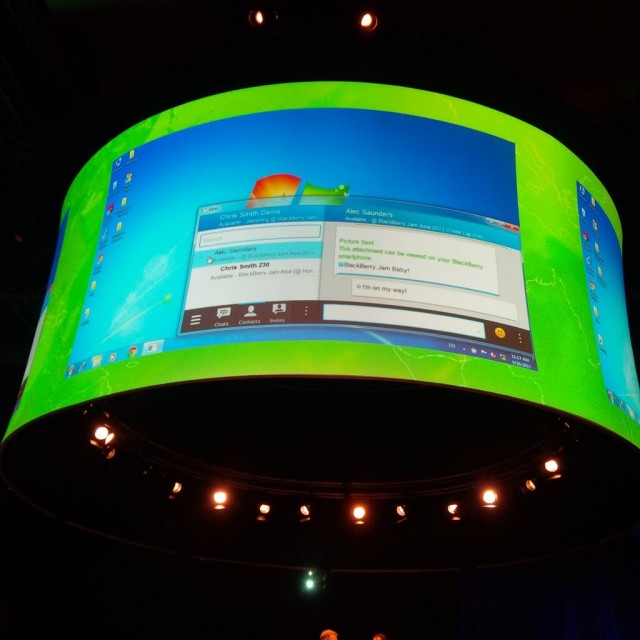 A few weeks ago there was a rumour that BlackBerry would possibly bring its popular messaging service BlackBerry Messenger (BBM) to the desktop. Looks like there’s progression and truth to this rumour.

During BlackBerry Jam Asia 2013, Chris Smith, VP of Application Platform at BlackBerry, showed off BBM on the desktop. The demo was on a Windows PC and isn’t a stand alone app and a mirror of the users BB10 device.

BlackBerry is reportedly working on a having BBM for Desktop available to Mac users, but there’s still no indication of when or if this will officially be rolled out.