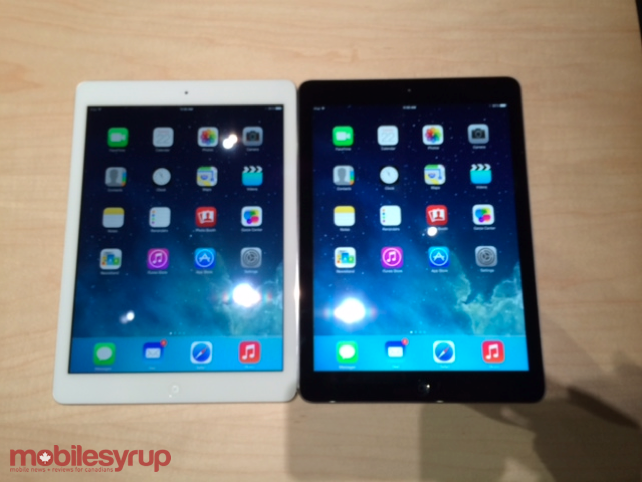 Though the updates were expected, there were a few standout features that we’d like to take you through: 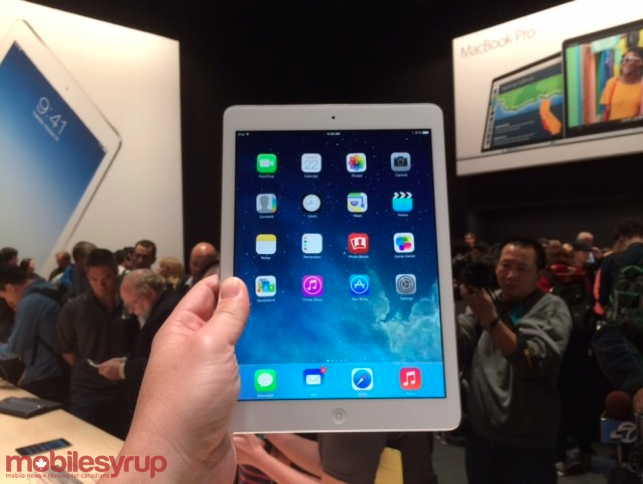 The iPad Air is the successor to the iPad 4, also known as the iPad with Retina Display. Not only is it thinner (7.3mm) and lighter (1lbs) than its predecessor, but the bezels are much less pronounced. It still has that 9.7-inch Retina display with a resolution of 2048×1536 pixels.

It runs Apple’s new A7 processor (not an A7X, which means that it has the same processing power as the iPhone 5s) and lacks the Touch ID fingerprint sensor that was long rumoured to differentiate the larger iPad from its mini counterpart. 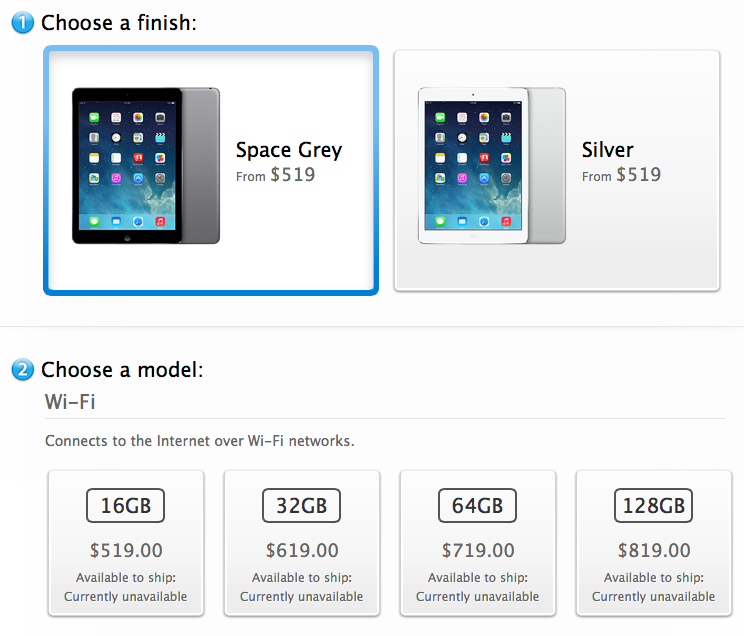 The LTE-enabled models, which are compatible with Rogers, Bell and TELUS on a prepaid account, range fro $649 to $949.

The iPad Air is available in Space Grey and Silver variants and is coming to Canada on November 1st. 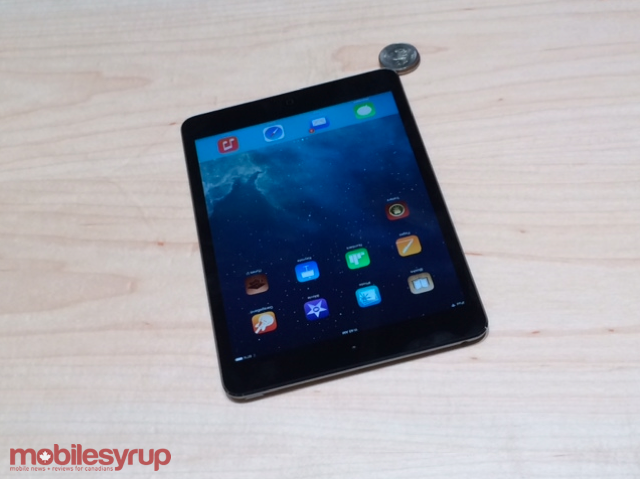 Apple also updated its iPad Mini today, adding a Retina display to its 7.9-inch frame. It is otherwise largely unchanged from the original iPad mini, though it is 0.3mm thicker than its predecessor and weighs a modest 22 grams more, at 331g.

It also sports the new A7 chip, which is 64-bit and promises much better performance than the A5 in the original iPad mini. It shares the new 5MP rear camera and 1.2MP front camera as the previous generation Mini (and new iPad Air), too, but adds MIMO WiFi like its larger counterpart. 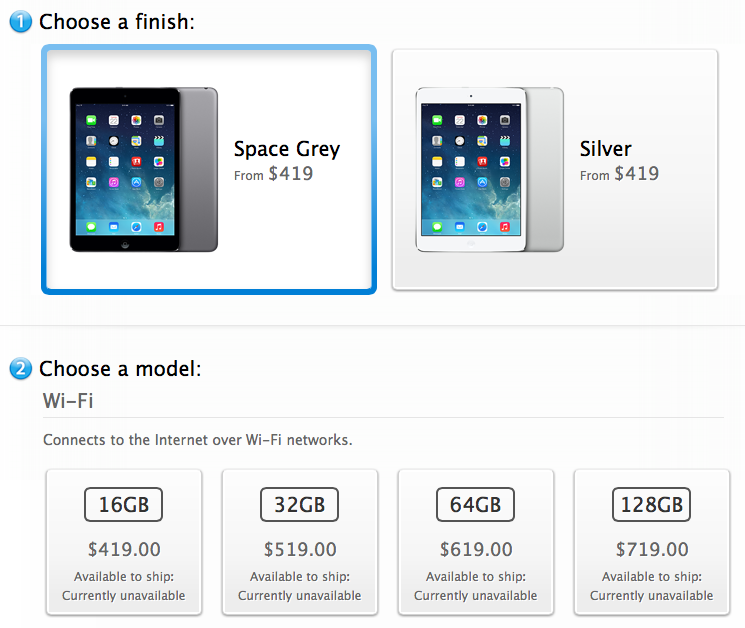 It comes in both Space Grey and Silver variants, too. It is coming to Canada in late November.

Apple will be keeping the older iPad 2 and original iPad mini on the market in 16GB varieties for $399 and $319 respectively. 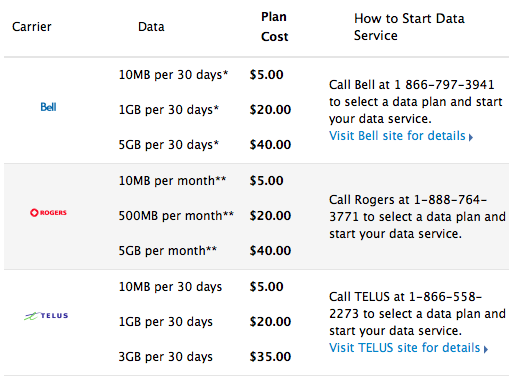 Rogers, Bell and TELUS will be offering data in allotments between 10MB, 500-1GB, and 3-5GB for between $5 and $40 per 30 days, depending on the carrier. All these plans are prepaid and can be cancelled whenever desired.

Despite the substantial upgrades to both iPads, it’s the iPad Mini with Retina display that comes off as the most compelling choice. With the same SoC, a sharper Retina display, similar battery life and app selection, there really isn’t a compelling reason to spend an extra $100 for the iPad Air unless the physical screen size is important. Last year, the iPad 4 was much faster and more capable than the newly-introduced iPad Mini. This is no longer the case.

And while the price of the iPad Mini has nominally increased, it lowers the cost of Apple’s most powerful iPad to under $500, which is quite a good deal if you’re invested in the Apple ecosystem. Android, and to a lesser extent Microsoft, have certainly made some inroads in this area, but the new iPads strike a good balance between price and features.