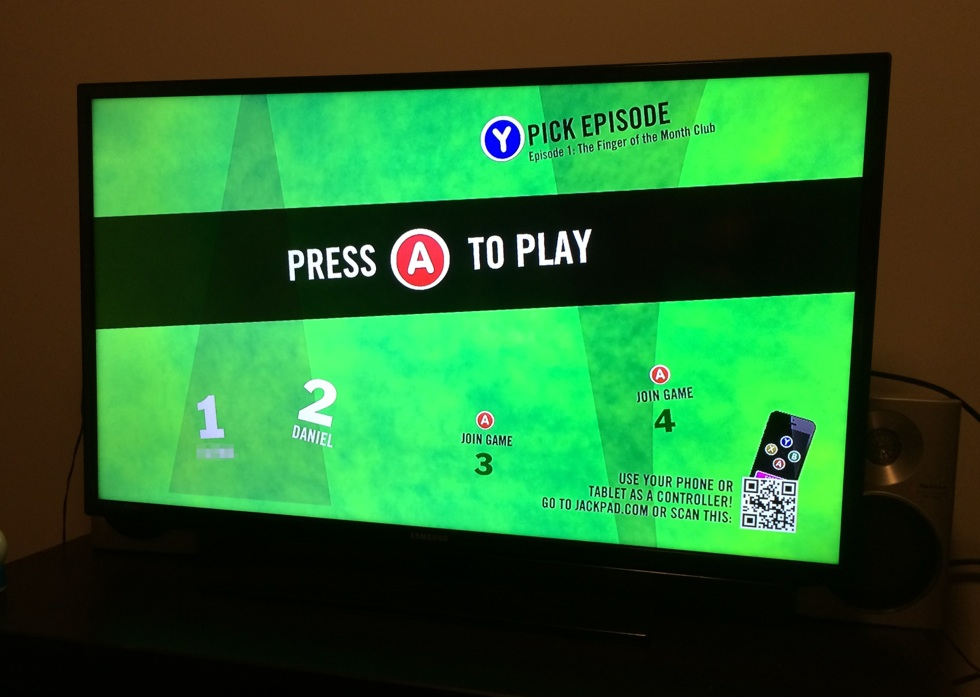 A couple of evenings ago, I sat down in front of my television, mirrored my iPad over AirPlay and played You Don’t Know Jack Party with a group of friends using iPhones and Androids as controllers.

The investment may be significant — while it’s possible to play using the iPad as a screen, it’s far more enjoyable on the television — but the experience is unparalleled, and uses hardware that may households already have. The beauty is the seamless integration of other hardware into the gameplay: an iPhone or Android device connected to the same WiFi network as the “host” is automatically capable of buzzing in to answer questions.

You Don’t Know Jack is one of the oldest and most popular PC trivia games; it dates back to the 90’s, when host Cookie Masterson would make elaborate jokes and tease the contestants, who were often huddled around 14-inch CRT monitors mashing different keys on a single keyboard. Reinvented as a Facebook game in 2012, developer Jackbox Games (formerly Jellyvision) adapted that newly-minted free-to-play version for the iPhone and iPad later in the year. An Android version was slated for late 2012 but arrived in May, 2013.

You Don’t Know Jack Party is the next step in the series. Though it’s again free-to-play, with a single free 13-question round followed by packs of five for $2.99 each (or the entire enchilada for $9.99), the gameplay is not quite as casual as the asynchronous multiplayer version released for individuals last year. Up to four players can use an iPhone or Android to compete against one another on the same screen, and unlike the original game, each participant is requested to answer every question, with money being allotted or deducted based on correctness.

Of course, there are multitudinous varieties of questions, from one-player Dis Or Dat to The Wrong Answer of the Game, and the banter is always entertaining. 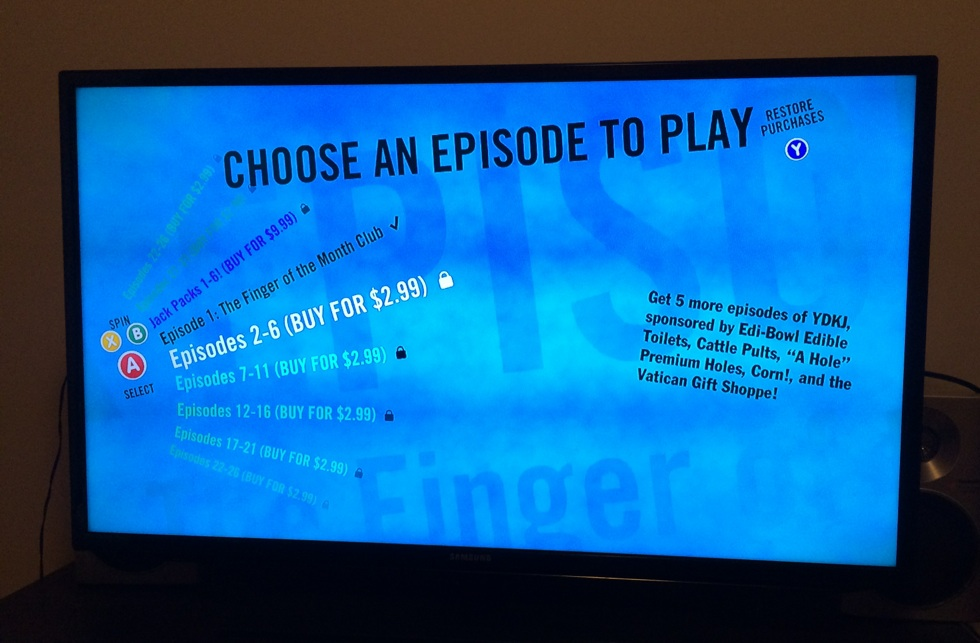 Though the game may appear expensive on the surface, $10 isn’t not a lot of money to spend on 30 rounds of content, however quickly they may expire. Instead, it’s the seamless and intuitive integration of multiple devices that makes the iPad seem more like a capable game console than a tablet. It’s easy to see how, with more powerful GPUs the release of Apple-sanctioned gamepads for iPhones, AirPlay will be used to facilitate a new form of console-like gaming. Spending $100 for an Apple TV is far more economical than a brand new PS3 or Xbox 360 and meets the needs of some casual gamers.

Moreover, such enterprises promote AirPlay from being merely a standard used for mirroring content from small to large screens to a way to facilitate interaction between multiple devices. You Don’t Know Jack Party is certainly not the first company to take advantage of Apple’s standard, but it’s the best one I’ve seen.