Fair For Canada campaign paints Verizon as the greedy incumbent 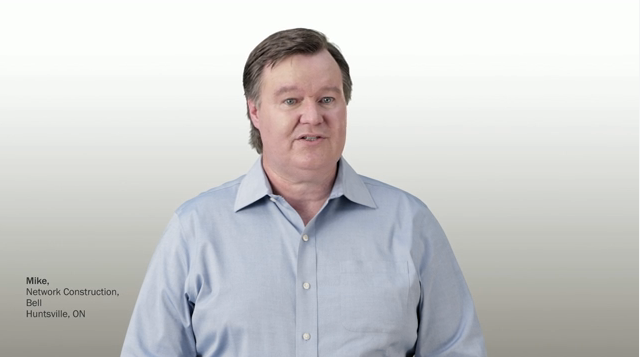 “It makes me angry that the government is selling us out.” – Mike from Bell.

That sentence, along with many others, ring out emotionally and truthfully in a video designed to evoke sympathy for the incumbent carriers, Rogers, Telus and Bell, in the wake of what appears to be an almost certain entry into the Canadian telecom market by Verizon.

Rogers, Bell and TELUS have launched a PR campaign titled Fair For Canada that aims to encourage Canadians to voice discontent about the government’s move to treat Verizon as a new entrant if the US telco decides to purchase Wind, Mobilicity or both. A standing offer of $700 million is believed to be on the table for Wind, though it’s uncertain whether, in light of new information by Rogers partner Birch Hill Equity Partners, it will go through.

Fundamentally, though, the incumbent carriers appear to want its customers to believe that Verizon would crash into the market like an angry bull, focusing its hoarded two blocks of 700Mhz spectrum in each region on urban areas, avoid hiring employees in Canada, or maintaining as lean a business as possible, generally disrupting the functioning industry that we, as citizens and customers, take for granted.

None of the catastrophic language used in the campaign is likely going to transpire exactly as predicted, but neither will Verizon’s entry into the Canadian market bring down prices overnight. The campaign exists because the incumbents have to come out against Verizon’s seemingly-unfair advantage, which in itself is a sort of loophole left open by the government in trying to ensure a fourth player in each market.

Check out the campaign, and the accompanying video, over at Fair For Canada.