Moto X will come to Canada as a Rogers exclusive, available in August 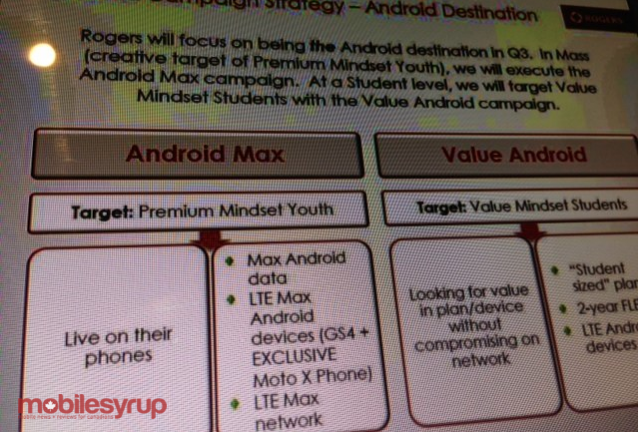 Motorola’s upcoming ‘Moto X’ is quickly becoming one of the most anticipated device of the year. Dennis Woodside, Motorola’s CEO, said this new smartphone will launch sometime this summer and is “designed by you.” We’ve stated before that Motorola plans to offer the option for customers to order online, plus choose from a vast selection of colours.

In addition, the new Moto ‘hero’ device will reportedly be released in a stock version by their carrier partners. According to an internal we received shows that Rogers will have an exclusive on the Moto X in Canada, with a launch date scheduled for this August. This will run Android OS 4.2 Jelly Bean and “heavily leverages Google acquisition of Motorola.” The Moto X will be an LTE-enabled device running on Rogers LTE Max network.

We have no word on the pricing, but other rumoured specs of the Moto X have it sporting a 4.7-inch full HD screen, NVIDIA Tegra 4i processor, 16MP camera, and a 5MP front-facing camera.