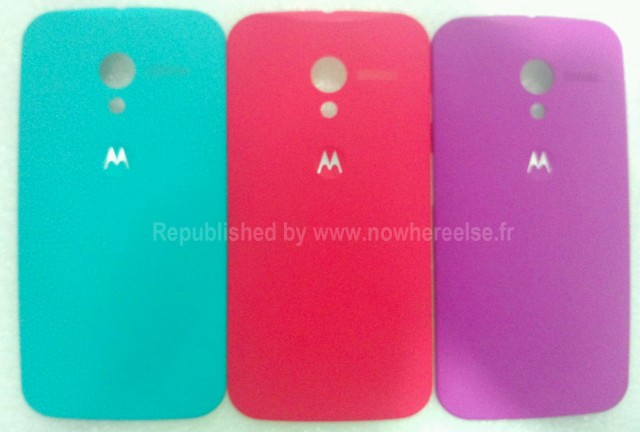 We now understand what Motorola says when it claims the upcoming Moto X is “designed by you.” The company will fulfill orders within two days from its Texas-based plant, allowing buyers to customize the backplate colour and, presumably, add lettering or even pictures to the polycarbonate body. In total there will reportedly be about 16 different flavours to select, such as blue, purple, green and red.

A leaked photo of what appears to be three backplates in garish neon colours reaffirms the reports we heard this week and earlier today, and lends credence to the idea that Moto X will indeed be a mid-range device with broad appeal, not a barnstormer flagship with enormous gigahertz counts.

We’re unlikely to hear anything about Moto X until after the upcoming U.S. long weekend, but hopefully an announcement is imminent.