RIM’s new “BlackBerry World” goes live, aims to be your “one-stop shop for all of your mobile entertainment needs” 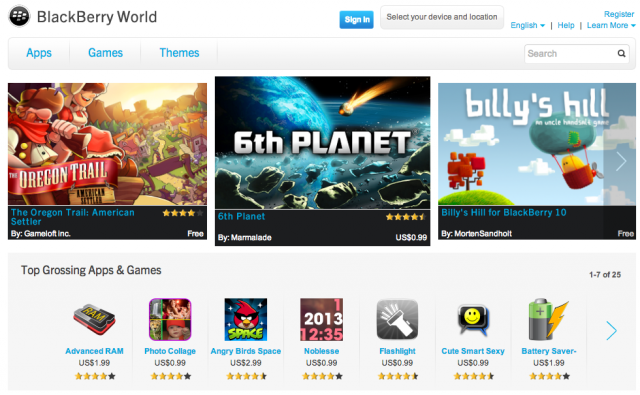 RIM officially put the naming of the BlackBerry App World to sleep this morning. In its place is the new branding of “BlackBerry World.” This change was noted at BlackBerry Jam Americas back in November and will play a big part in the launch of BlackBerry 10. According to their company blog, BlackBerry World “reflects a shift in the type of things you can purchase from the store,” such as apps, with music (powered by 7Digital) and movies coming later. RIM promises that the new BlackBerry World will be your “one-stop shop for all of your mobile entertainment needs.”

Their website and mobile store have been redesigned. BlackBerry smartphone or PlayBook owners will see the new BlackBerry World changes arrive on their device “in the coming weeks.” RIM also notes that we can easily share links to the content via BBM, Facebook, Twitter, or you can use your NFC-enabled device and “simply tap smartphones together and invite your friends to download it.”