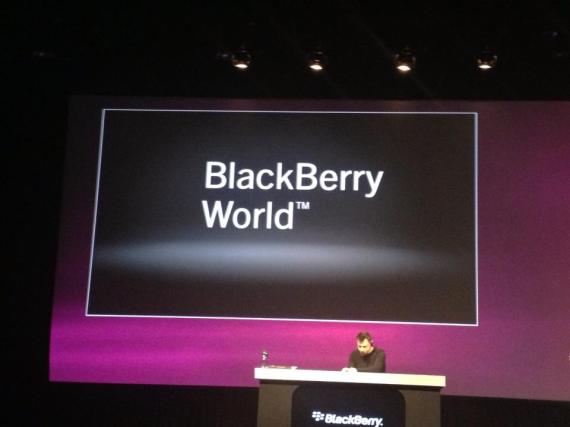 At BlackBerry Jam Asia this morning RIM announced a number of changes and additions that we can expect in the coming months. First, the BlackBerry App World, RIM’s app store, will be renamed when BB10 officially launches to simply “BlackBerry World.” This will feature more than apps as you’ll be able to purchase music, movies, TV shows and games.

Alec Saunders, RIM’s VP of Developer Relations, also revealed the new Dev Alpha C device – a BlackBerry 10 smartphone with a physical QWERTY keyboard. This BB10 is only for developers who are looking to test their BB10 apps. Similar to the all-touch Dev Alpha A and Dev Alpha B, there’s a limited amount to go around. In total, RIM has only produced 1,500 Dev Alpha C devices and interested developers need to qualify to score one. On their blog they noted scoring is based on a point system, specifically that “The top 1,500 people to submit two or more applications will be given priority seeding for the BlackBerry 10 Dev Alpha C.” Here’s the breakdown of the point system:

RIM also reminded developers that the final SDK is expected to be available December 11th with all the API’s, with all hands-on deck aiming for the big unveiling on January 30th, 2013.