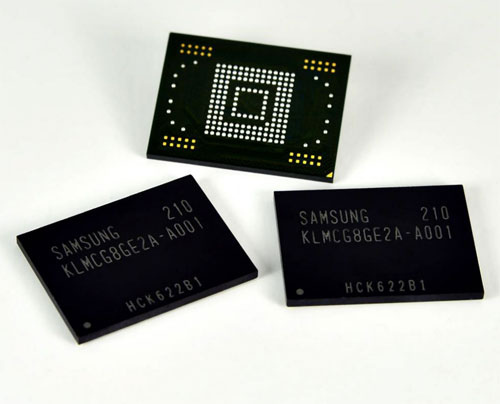 Samsung has begun manufacturing of ultra-fast eMMC NAND memory in sizes of 16GB, 32GB and 64GB. The new chips will significantly improve read and write speeds for internal memory in smartphones, with speeds of 150MB/s and 40MB/s respectively.

It was rumoured earlier this summer that Samsung had cancelled the 64GB version of the Galaxy S III, as the 16 and 32GB versions were the only ones to come to market. The company has ensured us that the phone is still on track for a launch later this year, though we don’t know whether it will include these new ultra-fast chips.