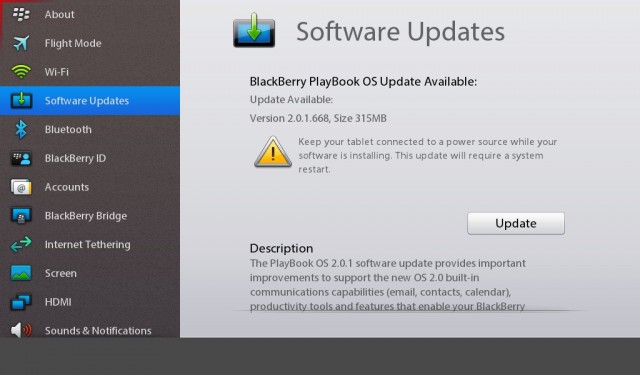 All 1.3 million BlackBerry PlayBook users can now update their tablet as an update has been pushed thorugh. PlayBook OS version 2.0.1.668 can be downloaded OTA and is just a “maintenance” update, which hopefully is in preparation for the big OS 2.1 upgrade later this year. Go ahead and check you PlayBook for the update, it should be there waiting for you.