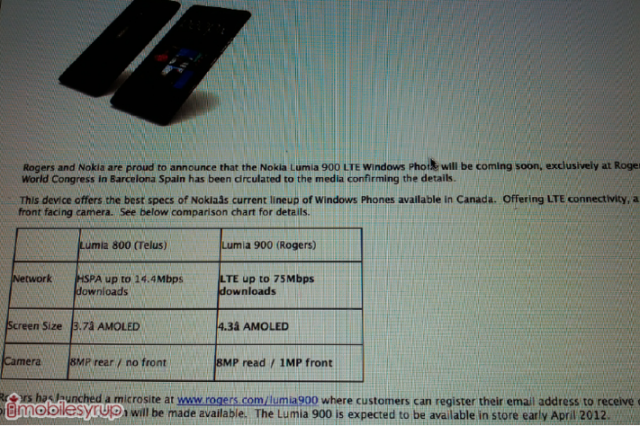 When Rogers announced the Nokia Lumia 900 will be coming to their lineup they stated that it’ll be available “this Spring”. Nokia’s CEO Stephen Elop, a proud Canadian, made it a bit clearer and said it’s coming sometime in April. Now thanks to one of our tipsters it seems those who want this LTE-enabled Windows Phone will only have to wait a few more weeks. According to this internal doc – which put the Lumia 900 LTE up against TELUS’ Lumia 800 – shows that we can expect this exclusive Rogers device will arrive “in store early April 2012”. No other details, such as pricing, but might fall in somewhere around the $629 no-term mark.