HTC Sensation to miss the Sense 4 party, ICS update to be Sense 3.6 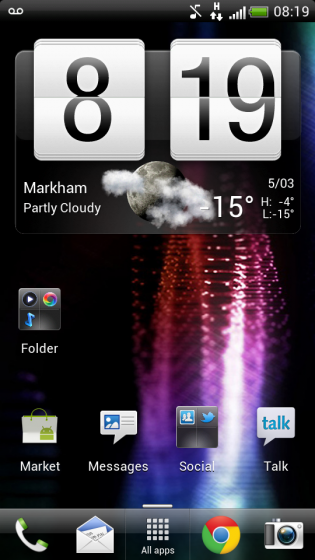 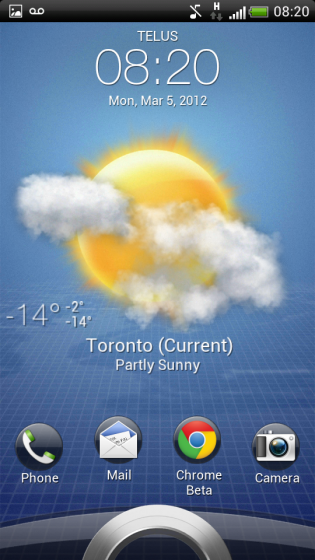 We now have confirmation that the official updates for the HTC Sensation, and likely other devices such as the EVO 3D, Raider and Amaze, are to be upgraded to Ice Cream Sandwich with a Sense 3.6 update instead of the much-improved Sense 4 of the HTC One line (which we looked at here and here and here).

Recently, the official ICS update was leaked for the Sensation, and while Sense 3.6 does bring some features of Sense 4, like an improved camera interface, customizable lock screen widgets and home screen dock, and new apps like Tasks and Notes, it will retain many of the aesthetic foundations we are used to from Sense 3. The launcher, instead of being horizontally-inclined, with in-line access to widgets, retains the vertical “paged” movement of Sense 3 as well.

Why couldn’t full Sense 4 come to the Sensation, at least officially? HTC released a statement to Recombu defending its decision:

HTC Sense brings a variety of new software enhancements to HTC One, some of which utilize the latest hardware innovations, meaning not all functionality can be introduced to older HTC Devices. With that said, we are looking to bring a Sense 4 software update that includes as many of the enhancements as possible to a variety of our new devices.

What’s likely the case here is that the new Snapdragon S4 chipset is doing a lot of the hardware acceleration work that the previous Snapdragon S3 chips, which are inside the Sensation, EVO 3D, Amaze and Raider, cannot handle. This is also likely why the HTC One V will sport Sense 3.6, too.

From my testing of the official Sense 3.6 build on the Sensation, performance is significantly improved (Quadrant 2.0 scored 2660), and the overall look of the OS, while it maintains much of the Sense 3 we didn’t like, it has enough of Sense 4 to make up for it. Though I missed the new widgets and a few of the improvements to first-party apps, I’m sure users are going to be plenty happy with what HTC puts out when ICS is finally released for older devices.

It’s unlikely this will be the build released to the public — as you can see from the misspelled Aeroplan mode, there are a couple bugs to work out still — this is what your ICS update will look like. A couple more shots after the break. 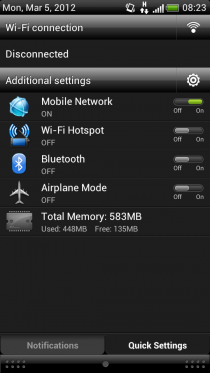 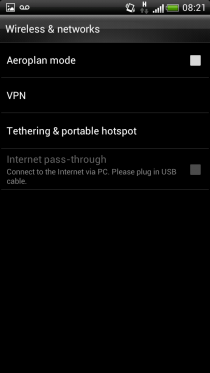 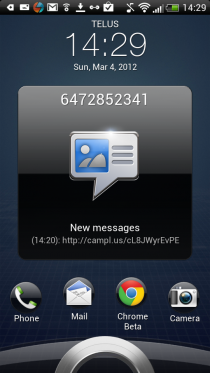 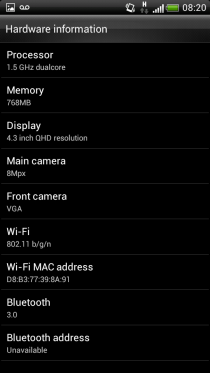 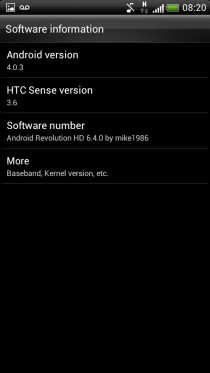 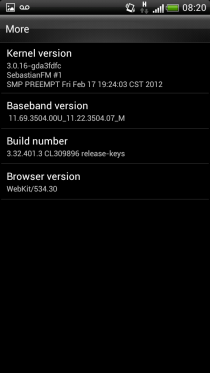 *Note: Because I know this question will be asked, the phone in the photos is unlocked and is being used with a TELUS SIM. This is the Bell version of the HTC Sensation.