Samsung admits it’s “not doing very well in the tablet market,” encourages killing its own products 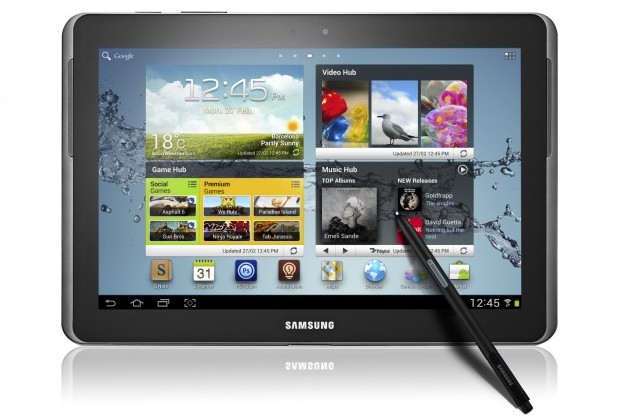 Andy Rubin revealed yesterday that there have been 12 million unique Android tablets activated since the launch of Honeycomb a year ago, a number that may seem impressive if it wasn’t for the fact that the iPad sold more tablets in Q4 2011.

Now Samsung has admitted, via its executive Hankil Yoon, “honestly, we’re not doing very well in the tablet market.” Being as Samsung’s Galaxy tabs are the highest-selling Android manufacturer for tablets, this may come as a shock, but the company has never been afraid to admit its competition is Apple, not other Android OEMs. There is something humbling about the comments, too — Yoon might have immediately regretted them, as they will likely be blown out of proportion — since it shows how self-assured Samsung is with its brand. “The best thing to survive in the market is to kill your products,” Yoon said. “We want to stay competitive in the market.” He hopes that the Galaxy Note 10.1 will affect sales of the original Galaxy Tab 10.1.

The Galaxy line of phones and tablets have received a warm reception as far as Android tabs go; things will only improve when Ice Cream Sandwich is rolled out to each one. As it stands, though, the Galaxy Tab 10.1 was the first marquee Honeycomb tablet, competing with the iPad 2 on specs, aesthetics and price. After the off-the-cuff remark by Yoon, another Samsung representative issued a statement clarifying the situation: “Seeking to kill your own product by releasing increasingly compelling devices might position Samsung as a confident brand. A brand ambitious to improve its products so that the choice for consumers is between several Samsung products rather than between Samsung and its competitors’ products.”

Samsung launched two new products at Mobile World Congress, the Galaxy Tab 2 and the Galaxy Note 10.1, both of which add to the company’s growing and diverse range of tablet products, but do nothing to immediately differentiate them from the myriad other slabs announced this week. In the short term, it will take a consistent message to consumers that a Samsung product is the best product to own, and that Samsung phones and tablets work well together. It may just be that they’re waiting for Rubin to “double down” before making a move.

Source: CNET
Via: The Verge