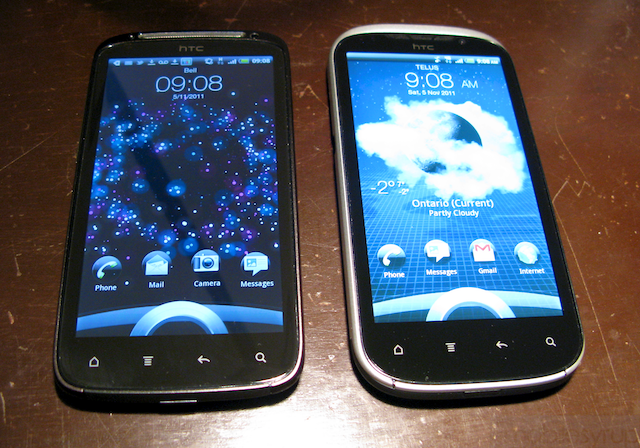 It may not seem like it from the sheer volume of new product being released by HTC, but the company has not had a great run of luck as of late. In nine days its share price has dropped 30% due to a number of factors that have led to a perfect storm of selling off. First, it cut its growth expectation for the coming fourth quarter to zero, and shorted its expected phone shipment to 45 million units. While its previous quarter was its biggest on record, the world’s fourth-biggest smartphone maker is struggling against a resurgent Apple with the iPhone 4S, and an indelibly strong Samsung with its Galaxy lineup.

In addition to the blows on the street, HTC has been dealt two additional hits: they lost a patent infringement case last week after accusing Apple of edging in on a patent they obtained with the purchase of S3 Graphics. That acquisition, as a result of the defeat, has been called into question. Apple also has several patent infringement cases against HTC awaiting a decision, the first of which is expected at the beginning of December.

But 2012 is another year, and with it another opportunity to wow customers. HTC has been trying to differentiate itself from the rest of the Android market by bundling high-quality Beats headphones with their high-end devices, a result of their acquisition of Beats Audio earlier in the year. With the release of the Amaze and Raider they have stepped up their game against Samsung and Apple, offering exceptional camera quality and network speeds.

We’ve already seen the rumoured HTC Ville and even more powerful Zeta, and expectations are high for the company’s first crop of Android 4.0 devices. Whether they can stem the tide of slowdown — they’re expected to only grow 7% next year — by continuing to tether itself to Android remains to be seen.

HTC CFO Winston Yung said “We will focus on the product next year, better and more competitive. Other than new LTE phones for the U.S. market, we have phones for the global market. We will launch some worldwide flagship products. We’re confident in them”.