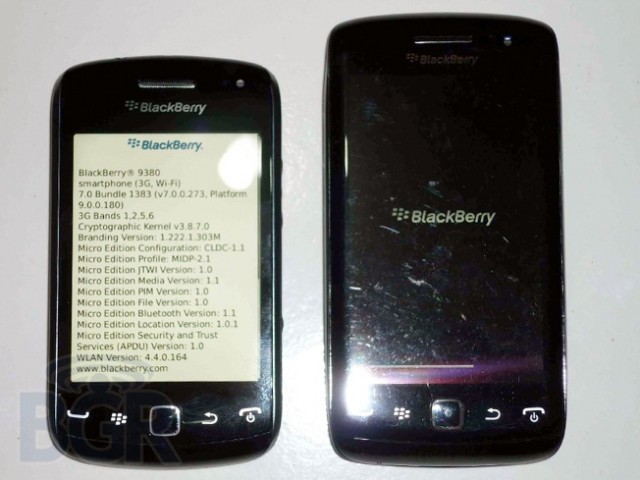 A new set of images of the unreleased BlackBerry Curve 9380 Orlando has surfaced online once again. We’ve seen this in the past and even showed itself in a video too. However, these new pics confirm all the other leaked specs. This Curve is the entry level all touchscreen device that runs BlackBerry 7 OS, has a 3.25-inch display (480×360 resolution), 800MHz processor, 5-megapixel camera that shoots 720p HD videos, 1GB of built-in storage and beats some other recently launched BlackBerry devices as it comes with NFC capabilities. This, as the leaked BlackBerry Bellagio, is expected to launch with TELUS (probably all the others too) later this year.