Here’s some TELUS news thanks to BGR. Apparently this internal doc shows the following release dates for some upcoming smartphones. Back at the beginning of July we let you know of various TELUS BlackBerry release dates (see them all here), this internal doc shows that the BlackBerry Bold 9900 and Torch 2 should be available around the 15th of August, the BlackBerry Torch 9860 around August 22nd and finally the BlackBerry Curve Apollo near August 29th. In addition, there’s the “Bellagio” that we noted earlier is expected to be released late September or October 1st. Our tipster listed these dates to us so it seems to be generally correct:

Want more? How about the a Sony Ericsson device making its way to TELUS. Showing up on the doc is the the Apple iPhone 5 and a 3.3-inch touchscreen running Android 2.3 called the Urishi ST18a, these have a date of October 1st. Finally, there’s an entry-level Samsung called the Samsung Cooper (Galaxy Ace) which should launch around October 15th. Most of these dates on the doc fall on Saturday, October 1st, TELUS has never released a device on a Saturday so it’s most likely a place holder date.

A few more pics after the break… great lineup!
Thoughts? 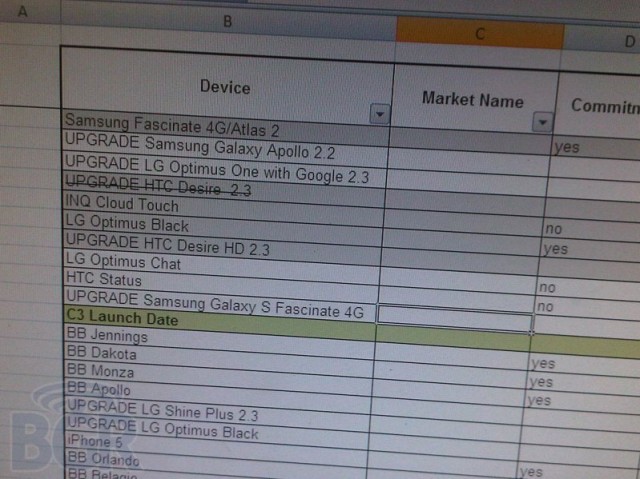 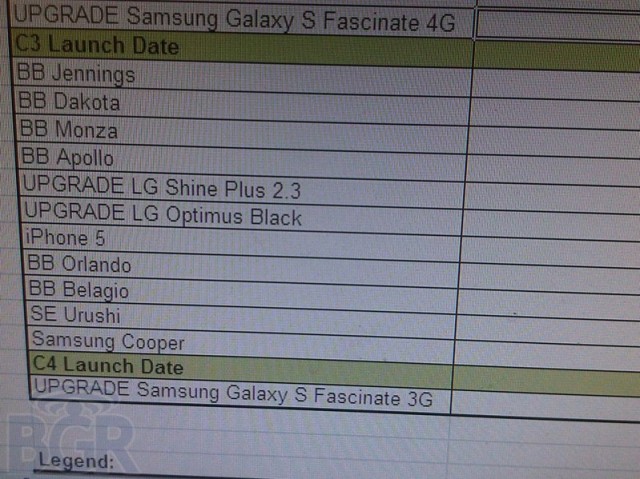 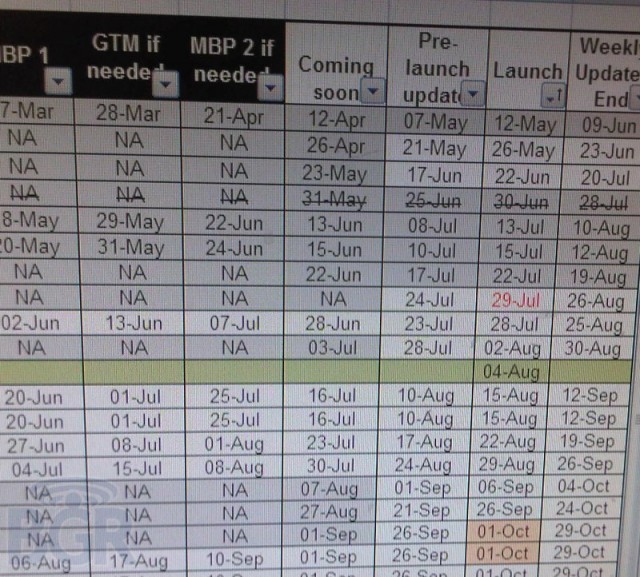