Users can add up to four videos, images, and/or GIFs per Tweet 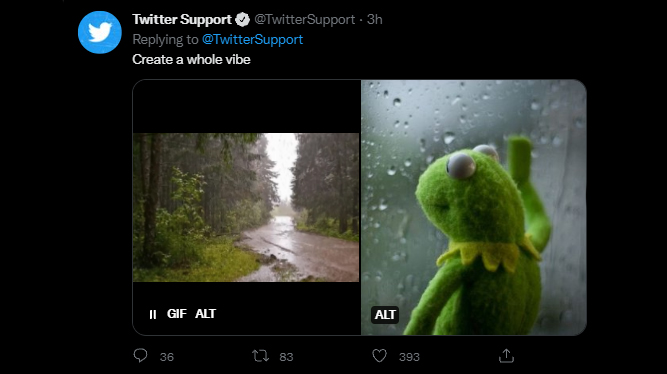 Twitter announced earlier today that it is rolling out a new feature that will allow users on Android and iOS to share different types of visual content, including videos, images, and GIFs, together in a single Tweet.

“Tap the photo icon in the Tweet composer to start mixing your media,” said the company in a Tweet announcing the feature.

Get ready to mix it up with visuals on Twitter.

You can now add a combination of media to your Tweet on Android and iOS. That means you can include a photo, GIF, and video (or two!) all in the same Tweet. Tap the photo icon in the Tweet composer to start mixing your media. pic.twitter.com/9D1cCzjtmI

Users can add up to four videos, images, and/or GIFs per Tweet. Such Tweets would be visible on all platforms but can also be posted via Twitter for Android or iOS.

Twitter says the feature is widely rolled out, though, for some reason, I don’t have access to it on my main Twitter account. An alt account of mine, however, has the feature enabled. “Even though it’s widely available, some people may not have access so we can continue to test the feature and improve it,” said Twitter in a reply.

Further, Twitter and Elon Musk’s legal dispute might soon come to an end without the two having to face off in court. In a letter to Twitter, Musk reportedly revived his original offer, and is ready to acquire Twitter for $44 billion. Read more about the development here.