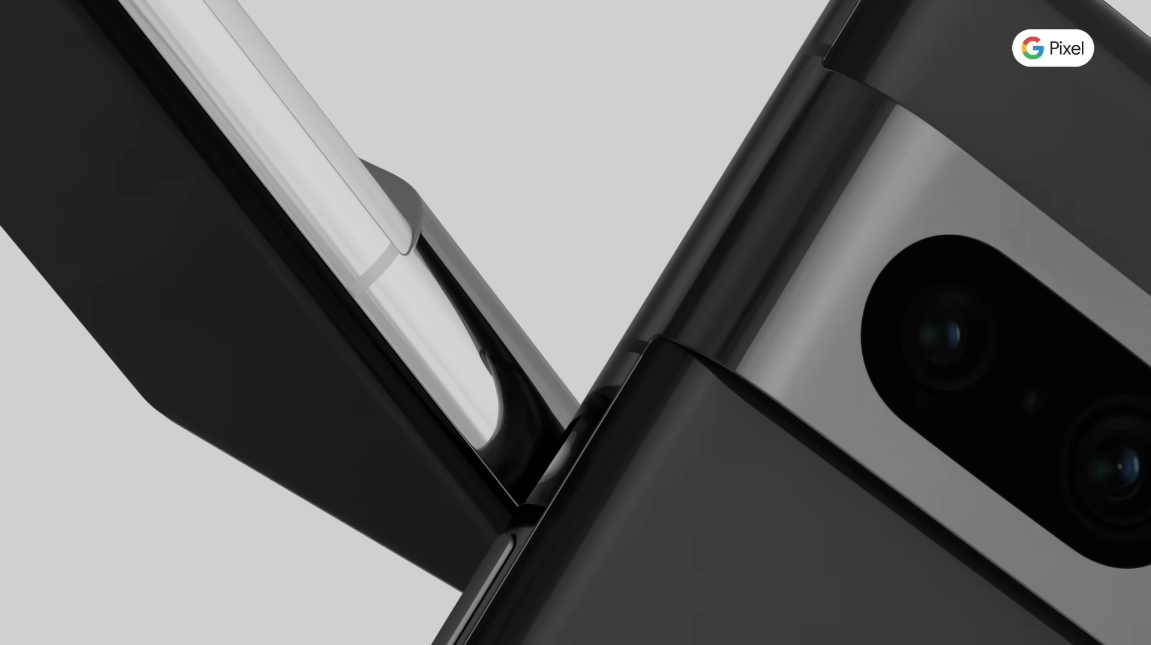 The ‘Made by Google’ Pixel event is just a few days away, and new leaks about the Pixel 7 line offer us a better idea of what to expect from the keynote.

This leak comes in the form of a spec sheet, which was first uploaded on an unnamed Taiwanese carrier’s website (now taken down) through the Google News Telegram channel, as first spotted by 9to5Google. 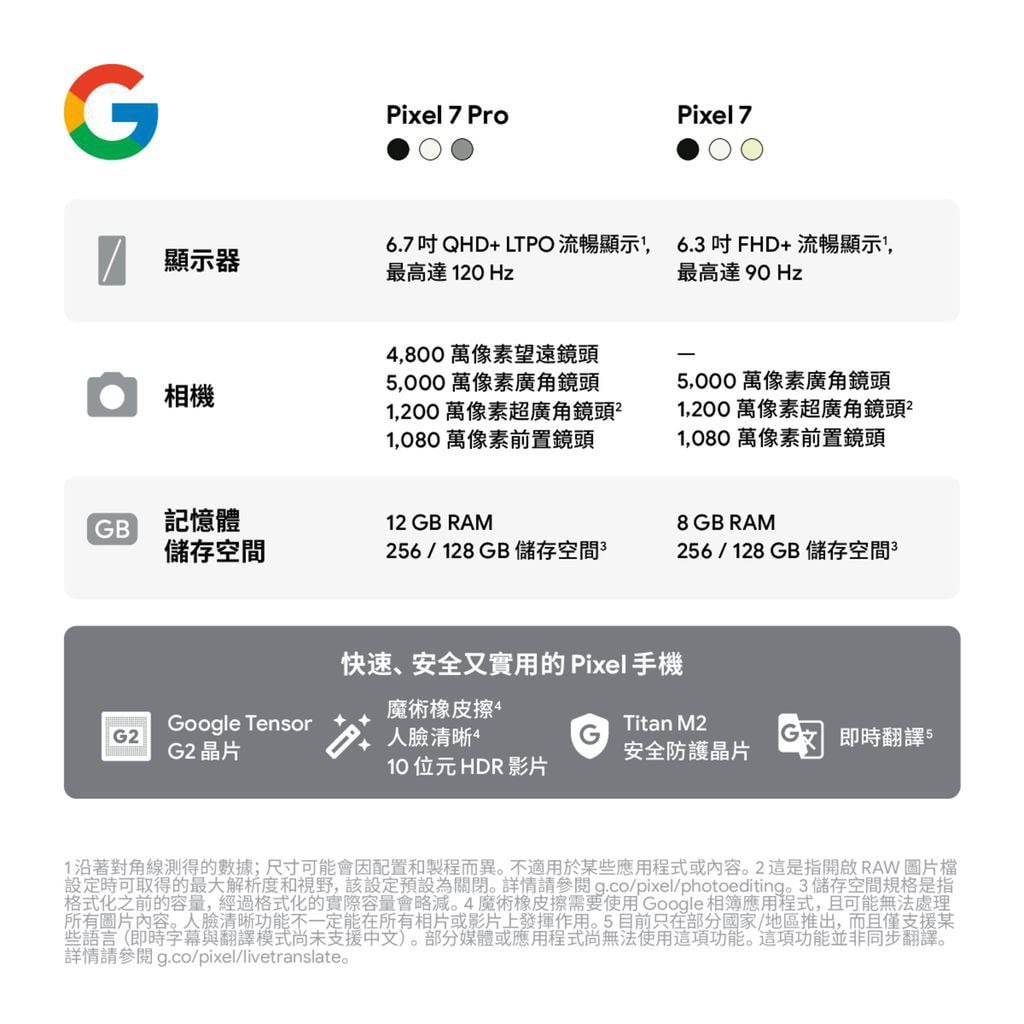 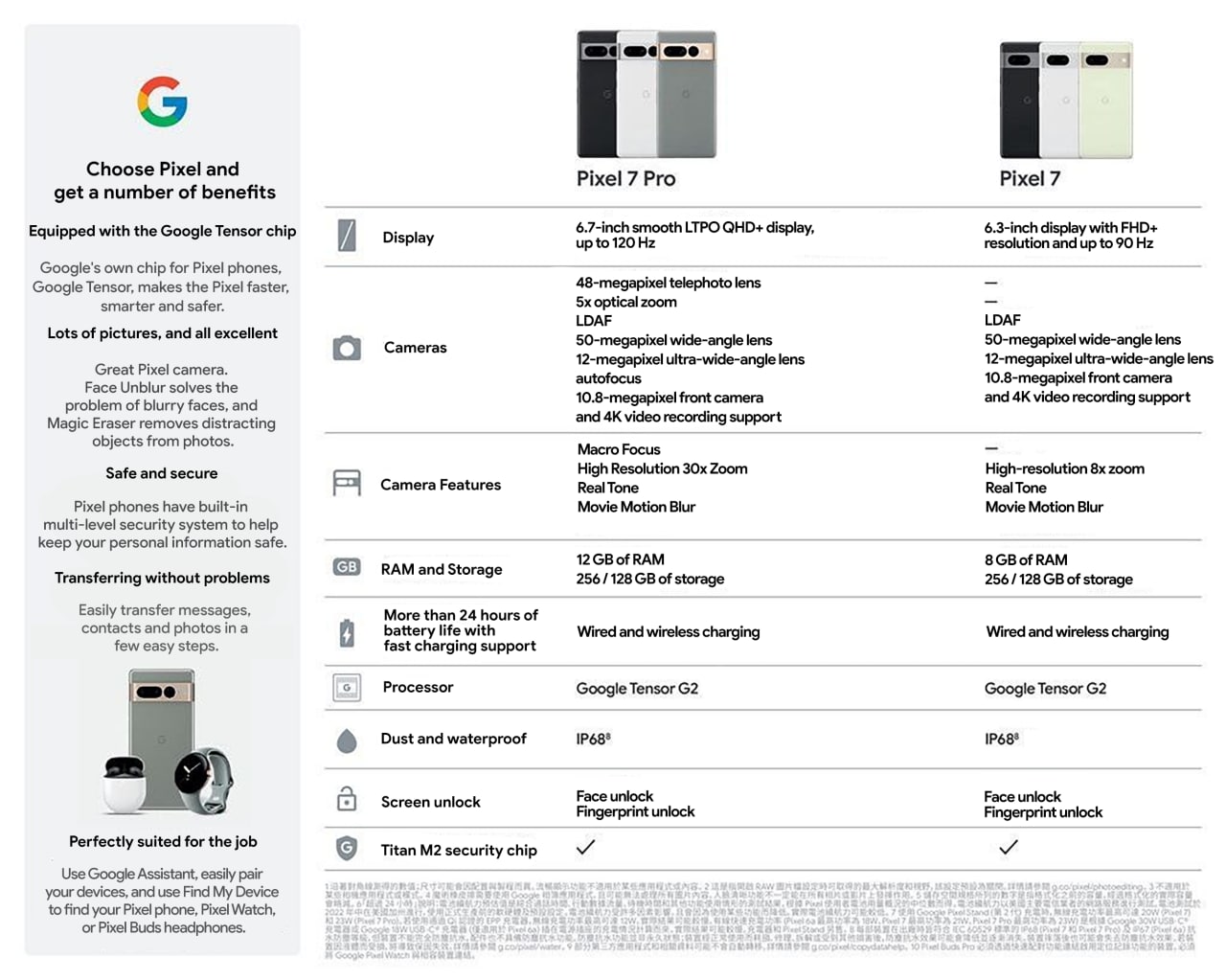 Starting with the Pixel 7, the leaked spec sheet suggests that the device will sport a 6.3-inch Full HD 90Hz display with 8GB of RAM and 128/256GB storage options. The double-camera system on the Pixel 7 includes a 50-megapixel wide-angle lens, and a 12-megapixel ultra-wide-angle lens with a 10.8-megapixel front camera.

The device will be equipped with Google’s Tensor G2 chipset with a Titan M2 security chip and support for wired and wireless charging.

Both devices are IP68 dust and water-resistant and feature both Face and Fingerprint unlock sensors, which is an upgrade from the Pixel 6 and 6 Pro’s sole fingerprint sensor.

Other notable additions include a ‘Movie Motion Blur’ feature, which is reported to function similar to Apple’s ‘Cinematic Mode,’ and will be available on the Pixel 7 and Pixel 7 Pro, whereas a new ‘Macro Focus’ feature is exclusive to the Pixel 7 Pro.

While these leaks sound accurate and similar to rumours we’ve heard in the recent few weeks, considering that they came from an unnamed foreign source, we recommend that you take them with a grain of salt. Regardless, the ‘Made by Google’ Pixel event is just a few days away, and we’ll know the exact specs and features the new devices offer soon.

You can keep an eye on the MobileSyrup home page, Twitter and/or Facebook for all the latest news from the event.