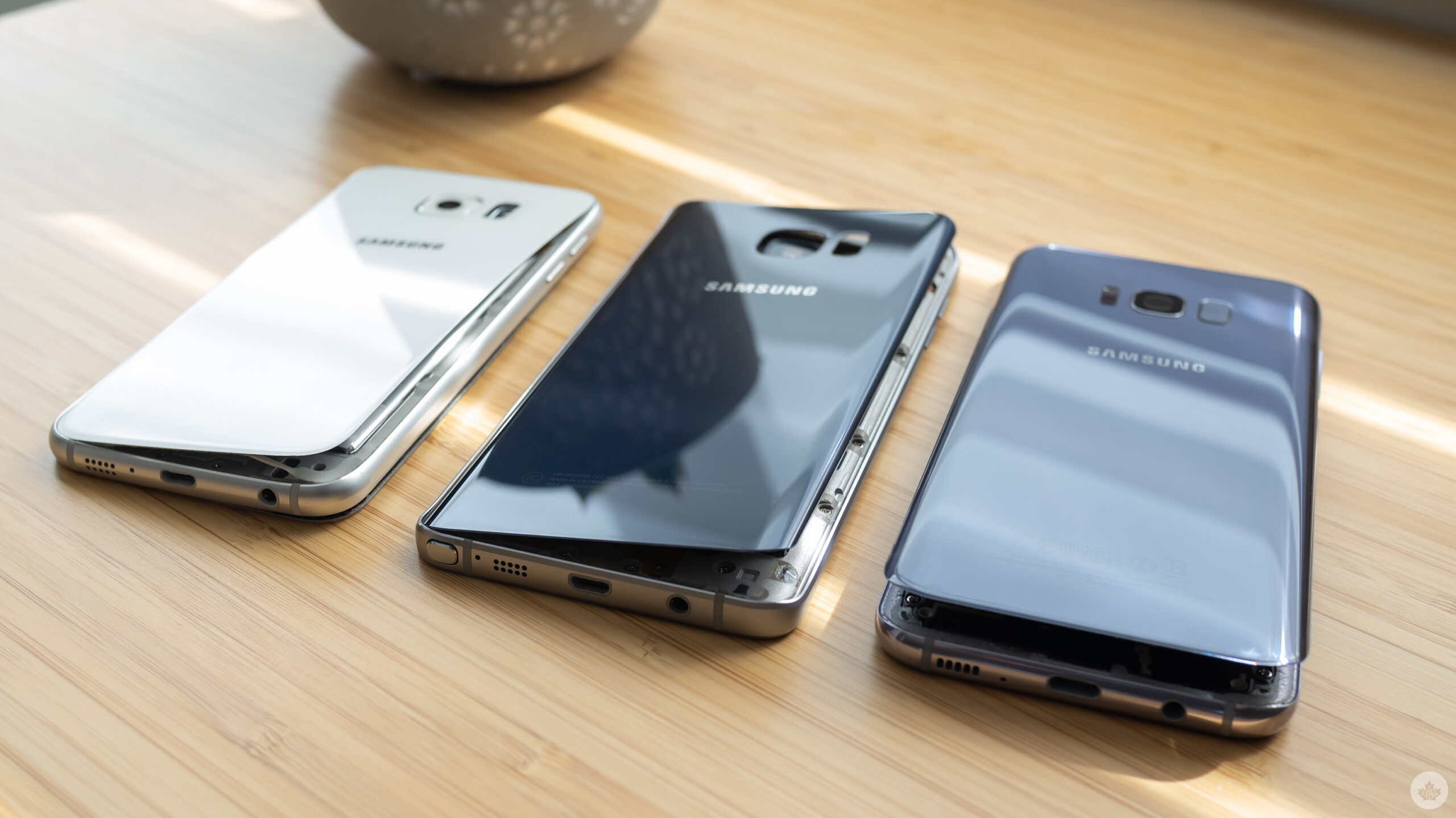 A few months ago, I was digging through a drawer in my office to find a few older Samsung devices for a photo I wanted to snap.

When I finally hunted down the Galaxy S6 I was after, to my surprise, the back of the smartphone popped off. The battery was still inside the device, but the adhesive attaching the back had peeled away. When I took a closer look, it looked like the battery swelling actually caused the back to lift.

After taking a look at a few of my other older Samsung devices, including the S8 and Note 5, I noticed both devices also suffered the same fate.

As I often do, I turned to Twitter to post an image to see if anyone else had run into this issue. To my surprise, the problem seems not only widespread, but anecdotally, it seems like it occurs more often with older Samsung smartphones.

I was digging through my old phones to find a BlackBerry and discovered that my Samsung Galaxy S8, Galaxy S4 and Galaxy Note 6 all seem to have suffered from some sort of battery expanding issue. I don’t think I’ve ever seen this happen before with a smartphone. pic.twitter.com/Ink2UzYeDf

Yes, I know the Note 6 does not exist and that the phone on the right is the S5 – Please don’t remind me.

Fast-forward a few months, and it appears others in the tech media space are encountering similar issues. For example, YouTuber Mrwhosetheboss (Arun Rupesh Maini) recently made a video about the issue, and MKBHD (Marquez Brownlee) tweeted about experiencing something similar. Several publications, including Engadget, Android Police, Trusted Review and more have also covered the problem. And of course, the r/spicypillow Subreddit has also been blowing up lately.

To be clear, battery swelling isn’t an issue that only affects Samsung smartphones or even just handsets in general. When the lithium battery featured in a smartphone ages, it has the potential to produce gas that then can inflate its cells. This is more likely to happen if you haven’t charged or discharged a battery in a long time. 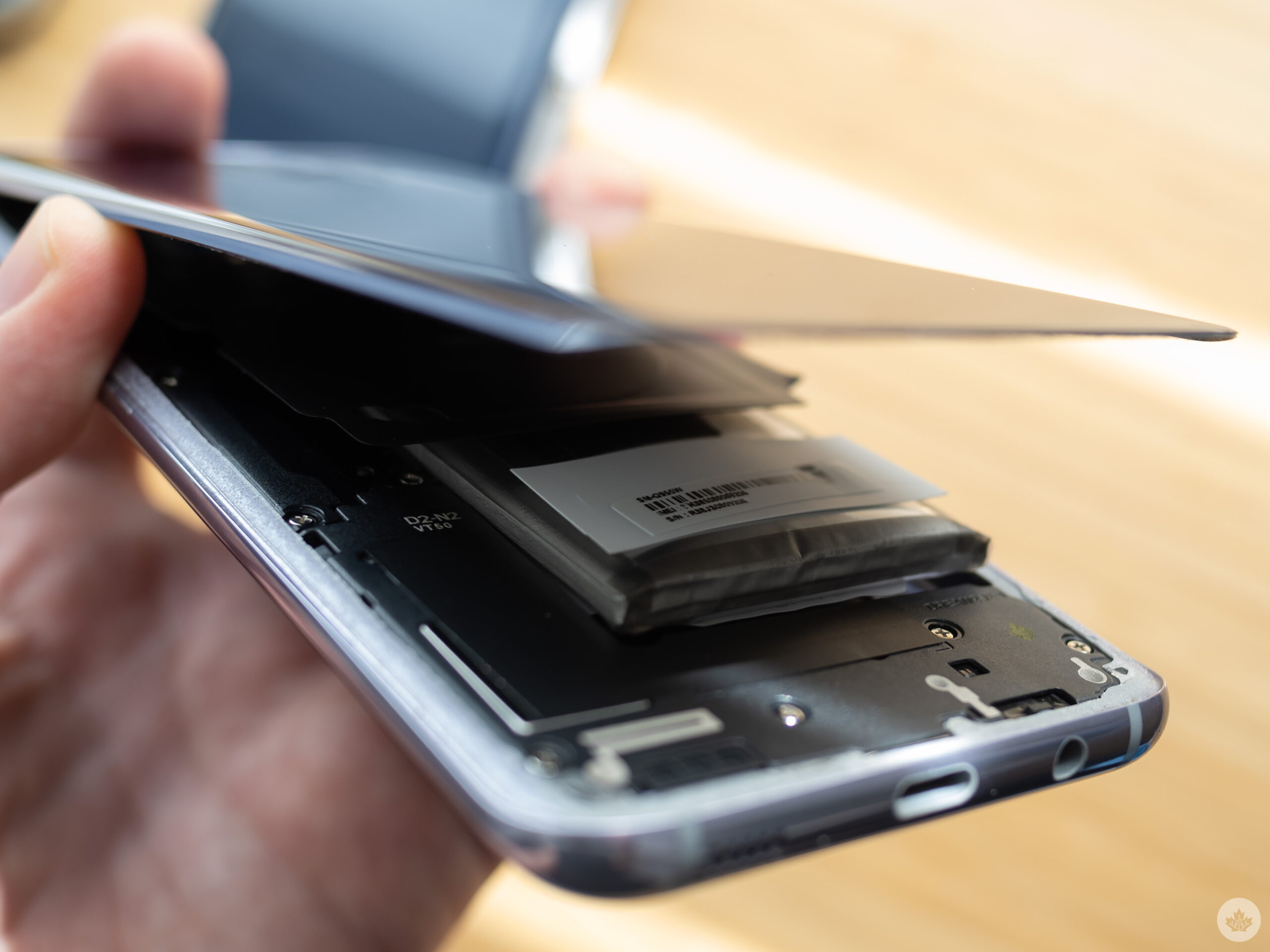 Interestingly, the problem seems to affect Samsung smartphones more than other brands. For example, I have dozens of similarly aged smartphones in my office, including an iPhone 4, iPhone 6 Plus, LG G5 and more, and they haven’t suffered the same spicy pillow fate. On the other hand, my more recent Samsung devices, including the S10 and Galaxy Fold 2, are entirely fine.

It’s unclear how widespread this problem is or why it seems to happen more frequently with certain Samsung smartphones. There’s a possibility it could be tied to the specific battery supplier Samsung used when these phones were released, or it could be related to the age of the devices. Still, it’s a noteworthy issue, especially given the fiasco surrounding Samsung’s ill-fated Galaxy Note 7.

Do you own an older Samsung device or smartphone from another brand that has suffered from an expanded battery? Let us know in the comments below.