The Kawasaki branding is back 🐬 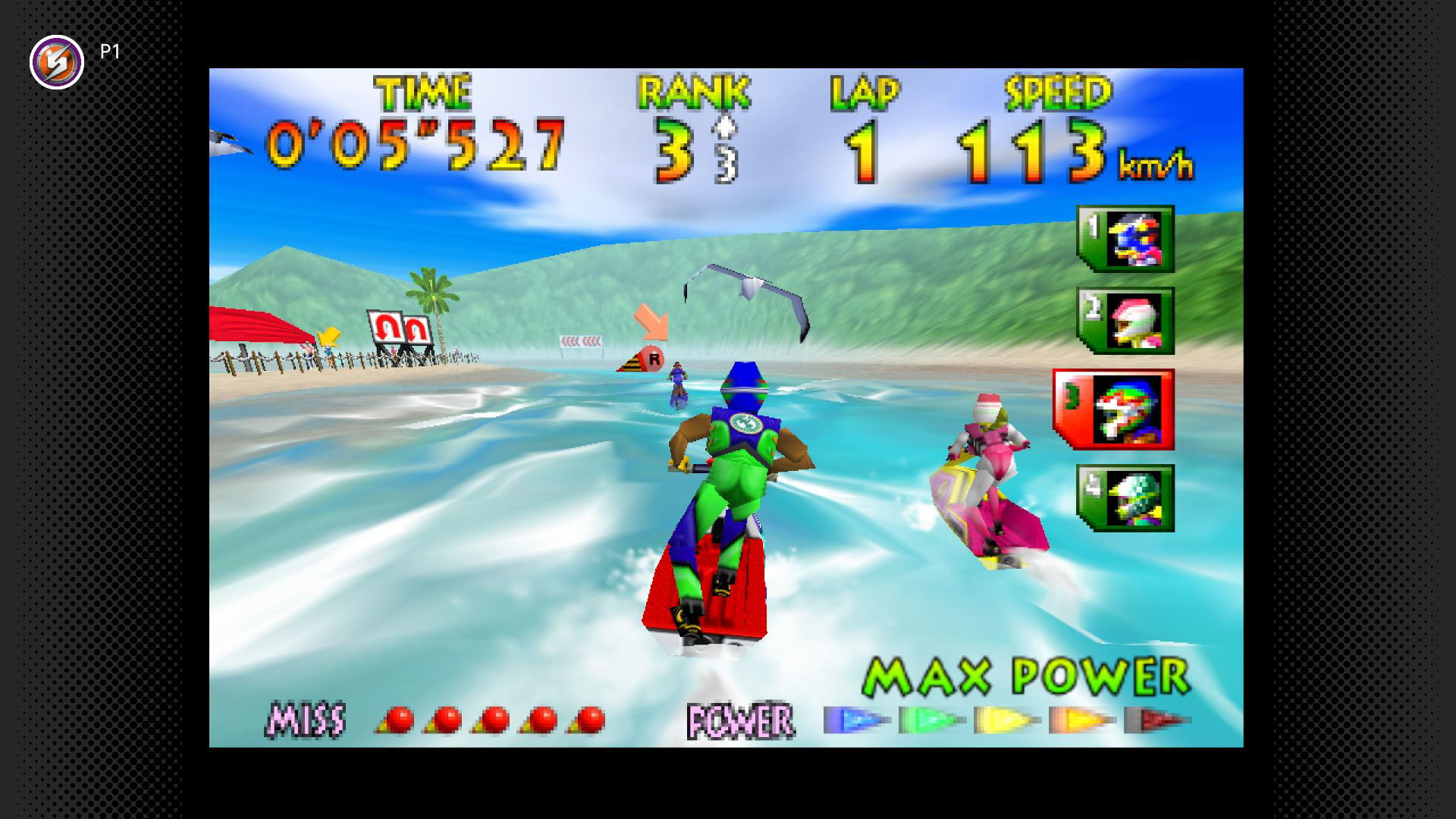 Just when I started to regret upgrading my Switch Online subscription to the ‘Expansion Pack’ tier, one of my favourite Nintendo 64 (N64) games makes its way to the service.

Wave Race 64, one of the first titles released for the N64, is a pretty straightforward racing title, only instead of cars and asphalt tracks, it features jet skis and tropical locales (and several dolphins). The game will make its way to Switch Online’s Expansion Pack tier on August 19th and follows last month’s Pokémon Puzzle League.

In a sense, Wave Race 64 was almost like a tech demo for the N64 when it was first released in 1996, showing off the console’s impressive water and physics tech. Though the game is simplistic by modern standards, it’s still remarkable a title this good-looking was one of the first games to release on Nintendo’s 64-bit system back in the mid-90s.

It’s worth noting that unlike its Wii and Wii U virtual console re-release, this version of Wave Race 64 still features the original’s Kawasaki jet ski branding. The game features four modes: ‘Championship Mode,’ ‘Time Trails,’ ‘Student Mode’ and a two-player versus option.