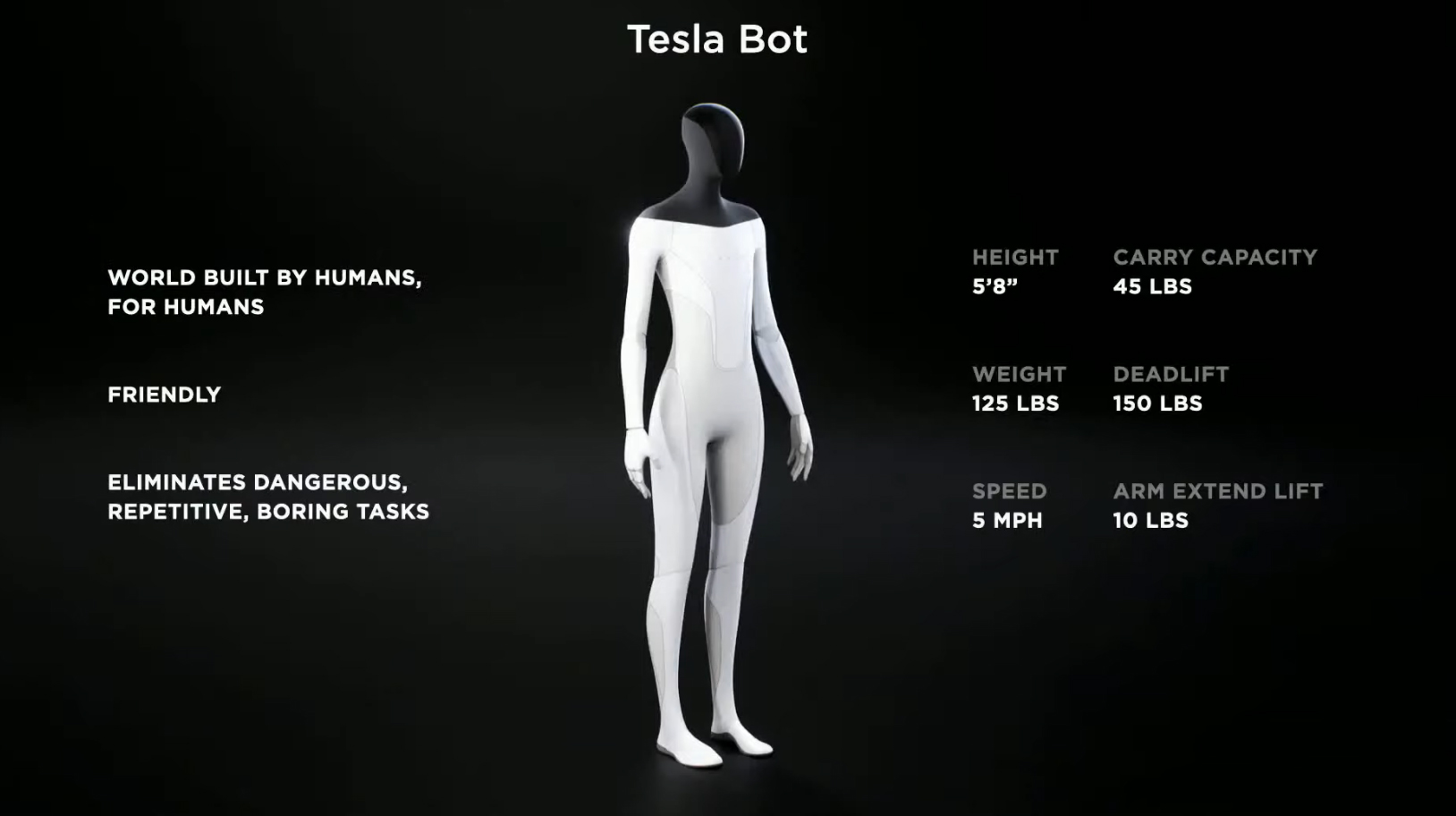 The highlight of the Tesla AI Day event was undoubtedly Elon Musk’s revelation that a Tesla Bot prototype is coming in 2022.

The Tesla Bot will be specifically designed to do dangerous, repetitive or boring work that humans don’t like/want to do.

“Tesla is arguably the world’s biggest robotics company because cars are semi-sentient robots on wheels,” said Musk. “It kind of makes sense to put that into a humanoid form.”

Musk further stated that the robot, which stands around five feet eight inches tall, would “be friendly” and capable of performing regular tasks such as fastening bolts on a vehicle with a wrench or picking up groceries from markets.

Join us to build the future of AI → https://t.co/Gdd4MNet6q pic.twitter.com/86cXMVnJ59

Individuals who grew up watching ‘killer-robot’ movies don’t need to panic just yet. Musk said, “we’re setting it such that it is at a mechanical level, a physical level, that you can run away from it and most likely overpower it.” Hopefully, the need doesn’t arise.

The Tesla Bot will be made of lightweight materials and will have a screen on its “face” to show relevant information, human-level hands, and 40 mechanical actuators (12 in the arms, 12 in the hands, 12 in the legs, 2 in the torso, and 2 in the neck). It will also include two-axis feet for balance and force feedback sensing.

Additionally, Musk explained that the robot would have eight Autopilot cameras, an FSD computer, FSD hardware, multi-cam video neural networks, neural net planning, auto-labeling, simulation and tools, and dojo training. In simple terms, all of this tech will help the robot navigate the real world by itself, without a need for step-by-step coding or instructions, similar to how the company’s self-driving cars operate. 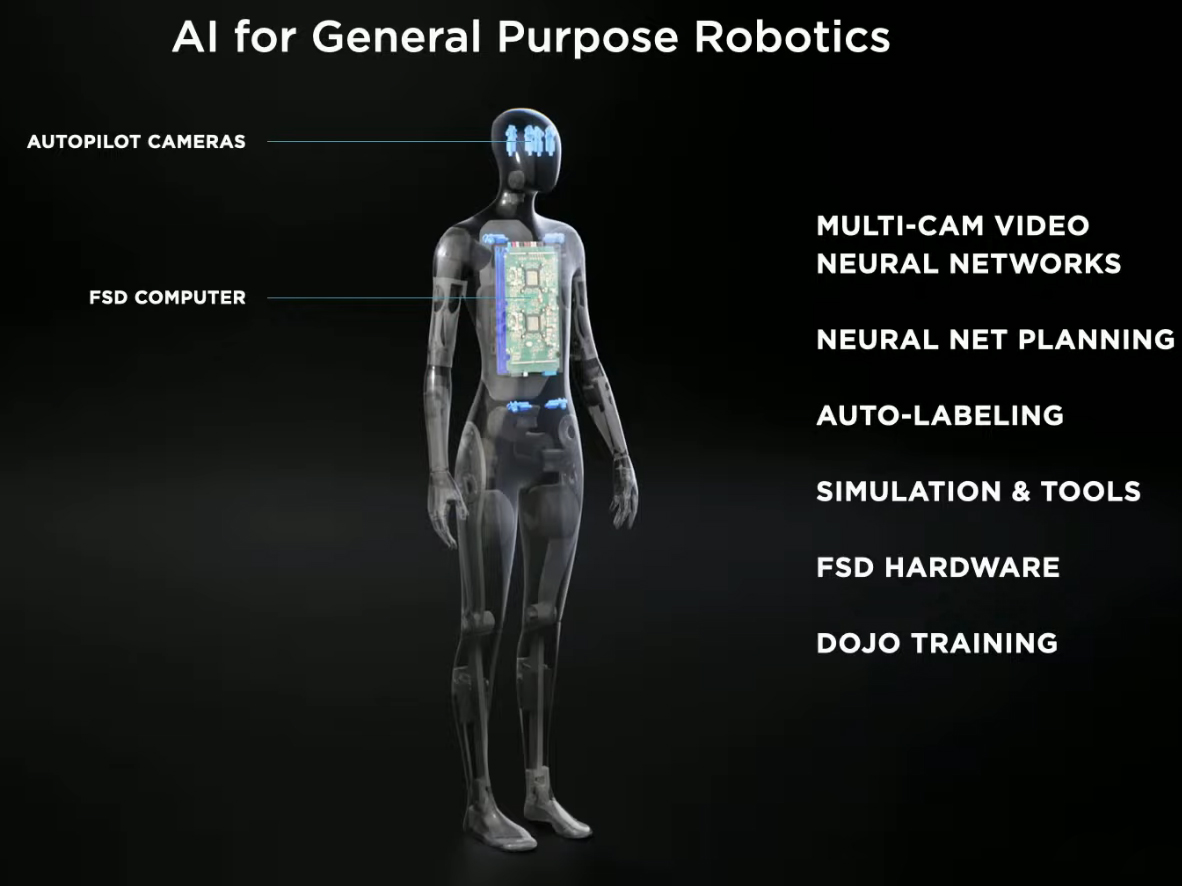 Musk concluded by saying, “essentially, in the future, physical work will be a choice. If you want to do it, you can, but you won’t need to do it.”