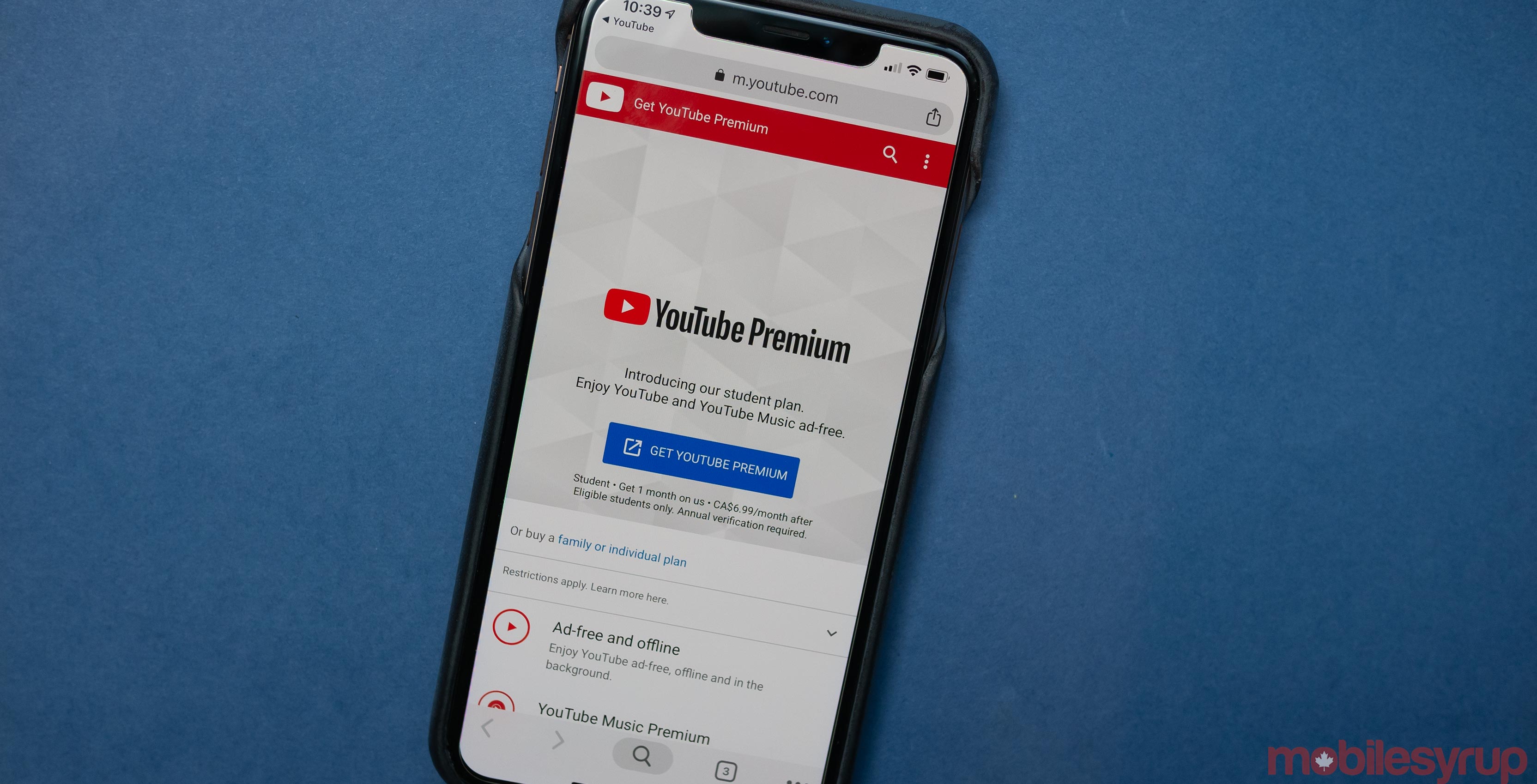 YouTube is testing out a cheaper version of its Premium subscription in key markets in Europe.

The Verge obtained an official statement from Google on the new subscription offering. Google describes the service as a “test offering” that is currently available in “Belgium, Denmark, Finland, Luxembourg, the Netherlands, Norway, and Sweden,” for €6.99/month (about $10.38 CAD).

According to the YouTube Premium Lite page, you get ad-free YouTube and YouTube Kids across various platforms, including mobile, desktop, and televisions. The new subscription offering is a solid move as it allows people who do not want the additional perks, like YouTube music or offline downloads, to trim those away and just pay for an ad-less experience.

According to The Verge, the “Lite” option costs around 60 percent of a regular Premium subscription price but only delivers a quarter of the features.

However, YouTube states that the subscription plan is still in the testing phase and that the company may release more plans in the future after assessing user response, prompting me to believe that similar plans might be coming to Canada too.