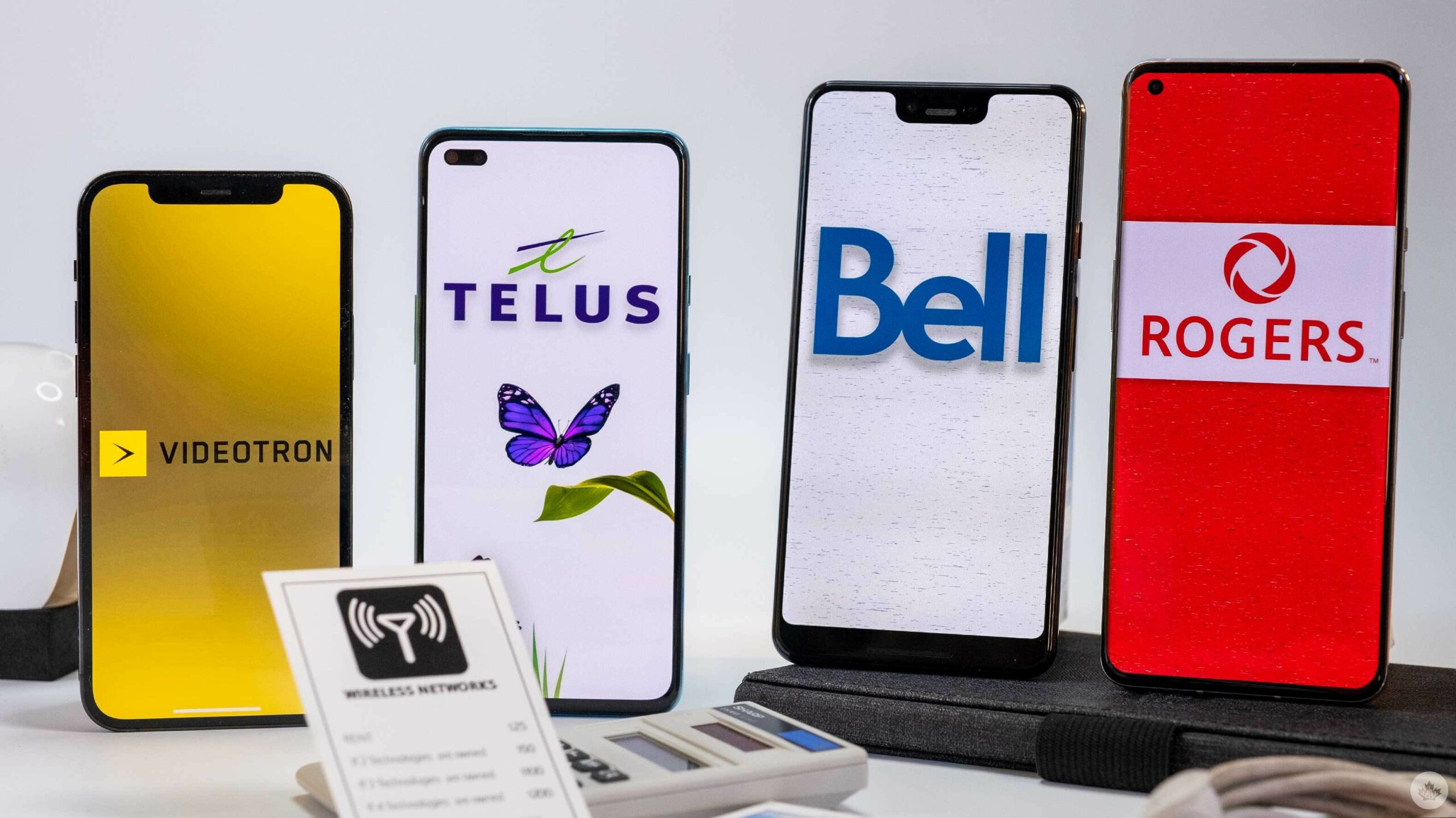 Innovation, Science and Economic Development Canada (ISED) said that “competitive bidding” resulted auction revenues totalling $8.91 billion. Rogers, Bell, Telus and Vidéotron were the biggest bidders, paying over $8 billion combined. ISED also said the auction was good for small and regional providers, who claimed 757 of the 1,495 licenses sold during the auction.

Toronto-based nation carrier Rogers released a statement about the auction, noting it invested over $3.3 billion in 3500MHz spectrum that would cover 99.4 percent of the Canadian population. The carrier gained spectrum holdings in 169 of 172 ISED Tier 4 regions across Canada, which includes key regions, all urban centres and the majority of rural areas.

“This investment in 5G spectrum will build on our existing 5G assets and enable us to deliver the world-class connectivity Canada needs to increase productivity, fuel innovation, create jobs, and compete in a global economy for decades to come,” said president and CEO Joe Natale in the release.

“We went into this auction with a clear plan and acquired the spectrum we need to continue driving the largest and most reliable 5G network in Canada and to deliver long-term value for our customers, shareholders and Canada.”

You can read more from Rogers here.

“Underscoring the Bell team’s goal to advance how Canadians connect with each other and the world, acquiring this significant additional 3500 MHz spectrum will drive Bell’s ongoing leadership in 5G, a critical component in our multibillion-dollar program to accelerate investment in Canada’s next-generation network infrastructure and services,” said BCE president and CEO Mirko Bibic.

Bell says its current 5G network is available to roughly 35 percent of the national population, and the carrier expects to reach 70 percent by the end of 2021.

You can read more from Bell here.

Vancouver-based national carrier Telus detailed its spectrum acquisitions in a statement, noting it gained 3500MHz spectrum licenses in B.C., Alberta, Manitoba, Ontario and Quebec for $1.95 billion. Further, Telus noted that when combined with spectrum it acquired privately in January of this year, the carrier now holds licenses to an average of 25MHz of the 3500MHz spectrum band nationally and 40MHz of the band in its key markets.

“Telus is proud of our storied history of building and operating the world’s best networks, enabled by our talented engineers and technology innovators, complemented by our award winning service that reflects our team’s passion for putting customers first,” said CEO and president Darren Entwistle.

“Indeed, by securing spectrum critical to bring transformational, next-generation, 5G connectivity to Canadians, Telus is able to continue to offer the globally leading network speed, coverage and reliability our fellow citizens need to realise improved outcomes in our digital world.”

Telus also took the opportunity to criticize the high cost of spectrum in Canada, noting that Canadian national carriers paid a rate of $3.28 per MHz-pop, a measurement of the number of megahertz of spectrum bandwidth multiplied by the population within a specified service area. The carrier says the price was over 2.8 times as much as U.S. carriers, which paid on average $1.19 per MHz-pop in the FCC’s most recent 5G spectrum auction.

“Canada’s position as a global leader in broadband networks is vulnerable to burdensome regulations governing access to spectrum. Going forward, if we are to truly benefit all Canadians, accelerate the government’s innovation and affordability agendas, and transition successfully into a 5G digital world, we need responsible, forward looking and predictable regulatory policy that ensures affordable, fair and expeditious access to this national asset so we can continue building our world-leading networks,” Entwistle said.

You can read more from Telus here.

Regional carrier Vidéotron’s parent company, Quebecor, released a statement detailing the $830 million acquisition of 294 blocks of 3500MHz spectrum. Interestingly, over half the investment is concentrated in southern and eastern Ontario, Manitoba, Alberta and B.C., not in Quebec where Vidéotron primarily operates. Quebecor said the investment positions the carrier to “realize its ambition of boosting healthy competition in telecom beyond [Quebec].”

“This major investment paves the way for large-scale projects in Québec and other Canadian provinces in the coming years. Our success in Québec has served Quebecers well. Today, we are taking another step towards bringing leading-edge technology and healthy competition to more Canadian consumers,” said Quebecor president and CEO Pierre Karl Péladeau.

After the auction results released, there were some questions around whether Vidéotron would use the spectrum or hold it to sell at a profit later. However, Quebecor’s statement indicates it intends to use the spectrum, noting the company “plans to roll out its mobile telephone service in some urban and rural areas in the rest of Canada.”

Quebecor’s statement also referenced the company’s interest in purchasing Shaw’s wireless assets, should they be sold as part of the Rogers acquisition, linking to a fact sheet about plans to become the 4th telecom player in Canada.

“We are now counting on the government to create a favourable environment to foster and maintain healthy competition. We are confident that we are the right player, the one with a real ability to break the oligopoly and put consumers across Canada back in the driver’s seat,” said Péladeau.

You can read more from Quebecor here.

Cogeco detailed its $295 million investment to acquire 38 spectrum licenses in the 3500MHz band auction, noting that $205 million went towards 30MHz of spectrum in the Greater Toronto Area (GTA). The region represents 33 percent of Cogeco’s wireline broadband footprint in Ontario.

Further, with the company’s other spectrum holdings, Cogeco now holds spectrum covering 91 percent of its Canadian broadband footprint, representing 3.6 million Canadians, many of which live in rural or underserved areas.

“These spectrum investments, together with the recent CRTC regulatory decision on wireless services and our robust and growing regional broadband network, position Cogeco to further develop plans to enter the mobile wireless services market in a financially disciplined way in all of our core markets in Canada,” said president and CEO Philippe Jetté.

“We remain deeply interested in offering more choice to consumers for their mobile services. As we prepare our next steps, the implementation of reasonable terms and conditions by the CRTC under the new regulatory framework for wireless services, as well as securing satisfactory wholesale rates for access to incumbent wireless networks, will be critical.”

You can read more from Cogeco here.

Xplornet acquired 99 licenses for $244 million, which the company says is its largest spectrum investment to date. In a release, Xplornet said it plans to “unlock the potential of 5G technology across rural Canada with the roll out of its 5G wireless service starting in fall 2021.”

Xplornet says that 5G technology will allow it to increase network capacity for rural Canadians through new spectrum and cell site densification.

“We have made significant investments in our state-of the-art fibre and wireless broadband network in recent years and we are excited to put this 3500 MHz spectrum to work in the very near future for our customers.”

You can read more from Xplornet here.

The spectrum auction was initially delayed due to the COVID-19 pandemic. It ran from June 15th until July 23rd.

Neither Shaw nor TekSavvy participated in the auction. Shaw decided not to participate in the auction due to the potential Rogers acquisition. TekSavvy, on the other hand, dropped out of the auction following the CRTC’s wholesale rates decision.

TekSavvy’s vice president called the CRTC decision a “tombstone on the grave of telecom competition” and said the company scrapped plans to offer mobile services because of it.