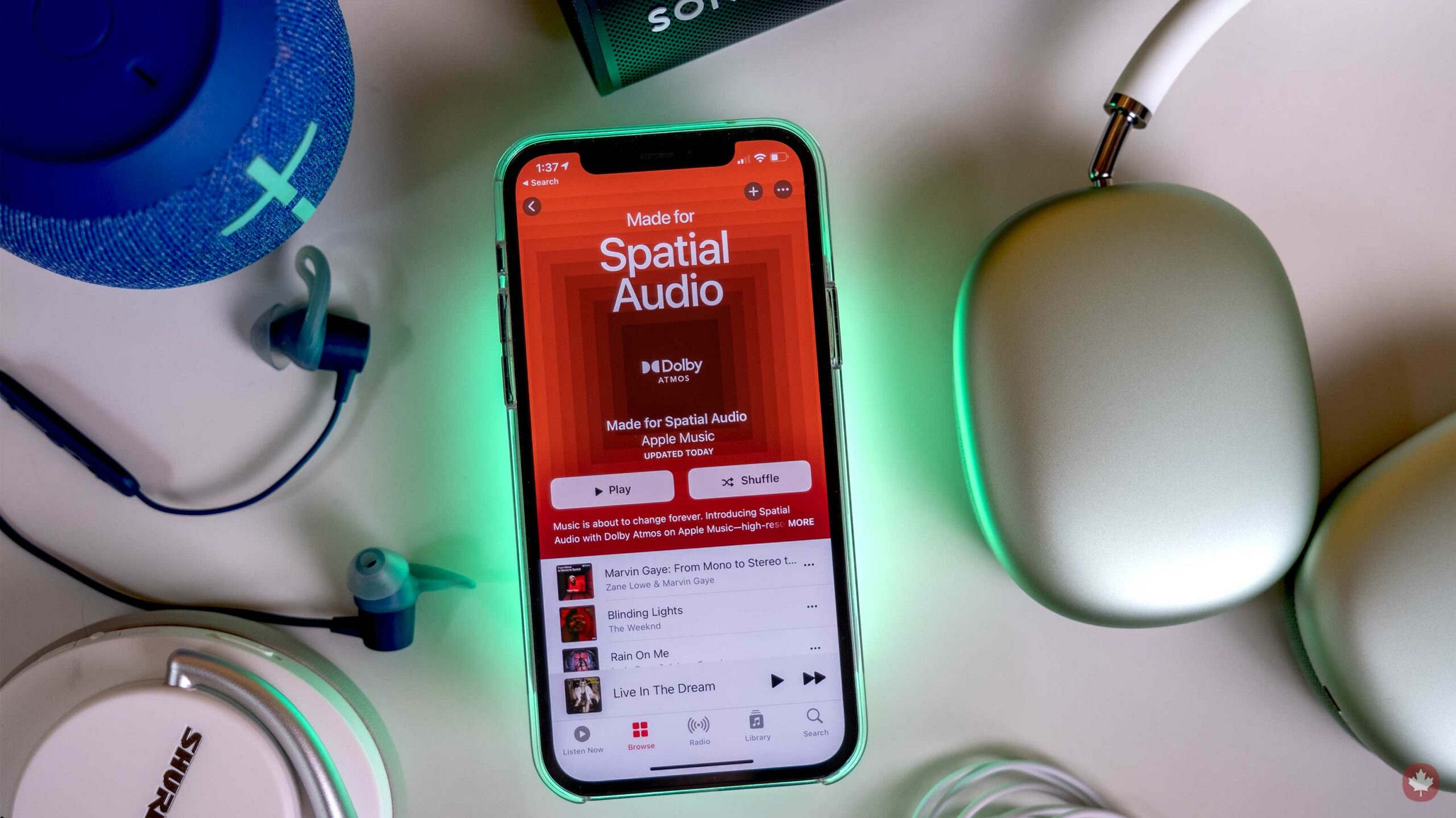 If you’re an Apple Music subscriber, you can now listen to high-quality lossless music and tracks with Dolby Atmos Spatial Sound with your standard subscription.

To gain access to both features you need to make sure your phone or device is on the latest version of your software. This is either iOS 14.6 or iPadOS 14.

Spatial Audio allows musicians to mix audio so it sounds like it’s coming from all around the listener — think surround sound but for music. It’s worth noting that while Spatial Audio is the same branding Apple uses for its AirPods Pro and AirPods Max virtual surround sound feature for Apple TV+ content, the Apple Music version doesn’t react to your head moving.

Further, while any headphones/earbuds will work with Spatial Audio, the feature may sound better with some pairs than others.

If you want to test out how this works, you can check out any of the new Spatial Audio playlists that Apple has posted to the Apple Music ‘Browse’ tab. There are also several songs in the ‘Introducing Spatial Audio‘ playlist that shift from stereo to Spatial within the track so you can really hear the difference.

While there are only a few thousand songs that support Apple Music Spatial Audio right now, Apple will update Logic Pro, its audio creation software, later this year to make it easier for all artists to record songs in spatial audio.

While Lossless Audio, the other new feature Apple has implemented, uses more data bandwidth while streaming, it offers a lot more detail in the tracks if you have headphones that support it. You’ll also need to connect the headphones with a wire to get the most out of Lossless Audio.

To turn Lossless Audio on, head to the ‘Settings’ app, navigate to ‘Music’ and then tap on ‘Audio Quality.’