New combat and traversal options were shown off in a gameplay demo, including a Breath of the Wild-like glider 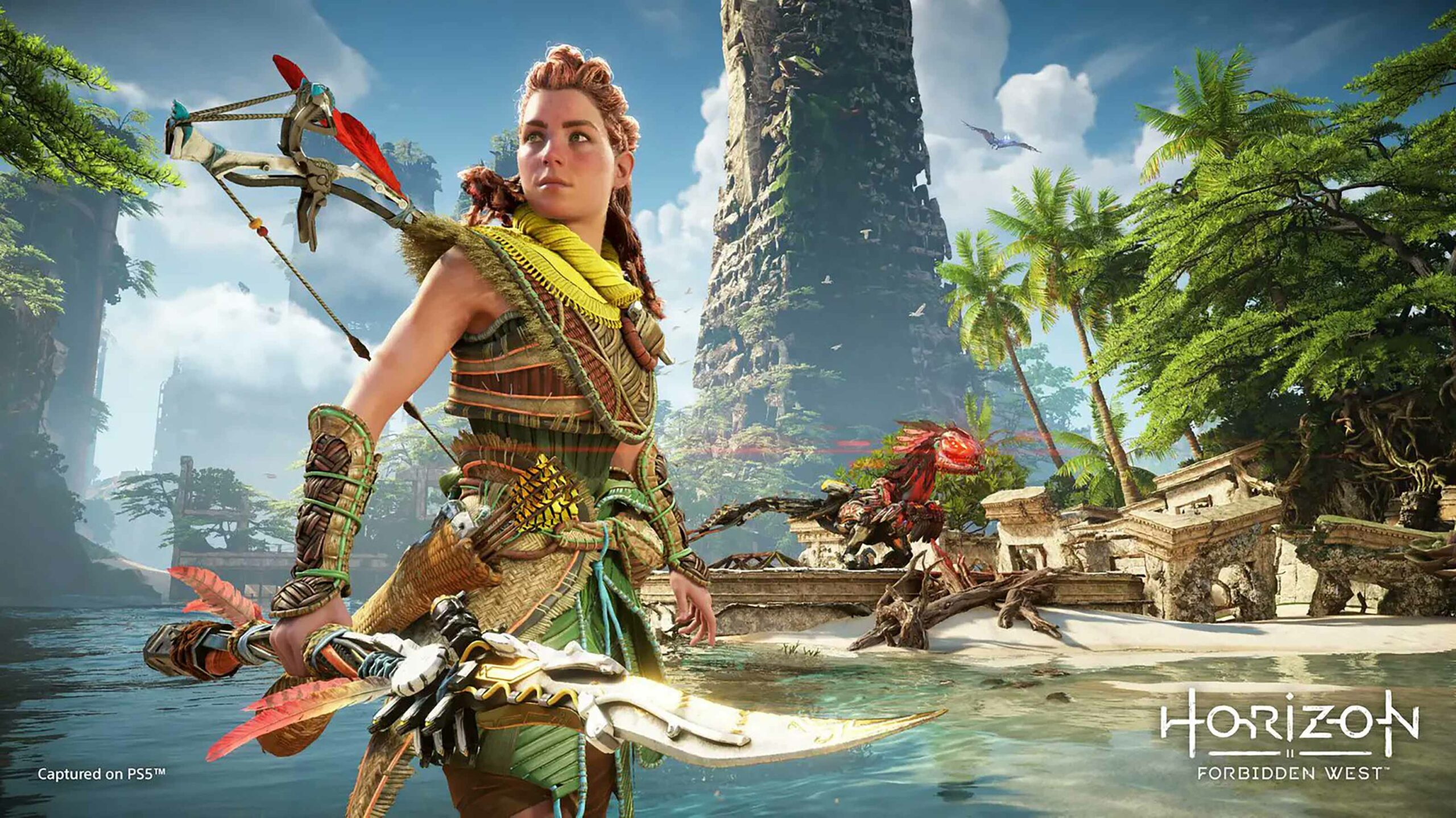 Forbidden West is Guerrilla Games’ sequel to its 2017 acclaimed PS4 action-adventure game Horizon Zero Dawn and follows returning heroine Aloy as she attempts to locate the source of a mysterious and deadly plague.

In the new demo, Aloy can be seen facing off against an overwhelming group of machines, leading her to jump, climb and swim her way to safety. On top of the underwater swimming mechanics, Aloy also now has a grappling hook and a Breath of the Wild-esque glider to add more traversal options.

The game’s detailed jungle and aquatic environments were on full display in this sequence. She later faces off against a few raiders and a giant elephant-like creature, in which new spear-based melee and bow attacks can be seen.

Notably, the game was revealed last June, meaning it’s been almost one year for us to get this first-ever look at gameplay.

You can see the full 14-minute gameplay demo below:

A release date for Forbidden West was not revealed during the State of Play, however.

In a blog post, Guerrilla noted that “we don’t have an exact release date yet, but development is on track and we’ll have an update for you very soon.” Last we heard from PlayStation, the game was set to release sometime in 2021.