The on-rails photography adventure is back 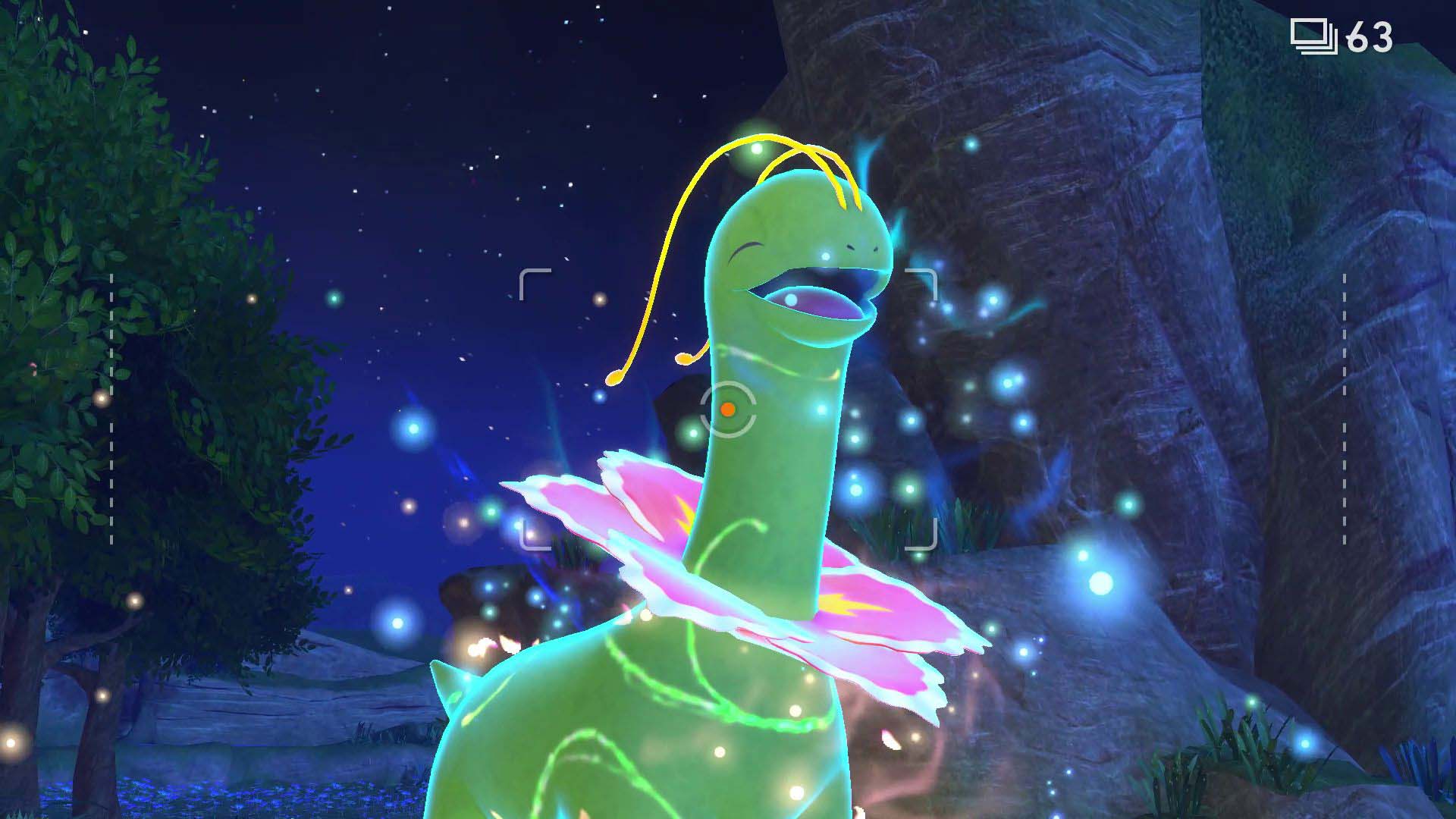 1999’s Nintendo 64 classic Pokémon Snap is incredibly weird, but that’s also a significant reason why I found it so compelling as a 10-year-old.

Released as what felt like a stop-gap measure between 1998’s Pokémon Red/Blue and 2000’s Pokémon Stadium, Pokémon Snap tasked players with one simple objective: take great photos of wild Pokémon in their natural habitat.

Its subdued, on-rails gameplay wasn’t for everyone, and the title strayed so far from the battling and adventure the series was best known for at the time that it didn’t really get great review scores.

Perhaps it was my childhood interest in photography or the clever Blockbuster kiosks that allowed you to print off stickers of your Pokémon photos, but back then, Pokémon Snap resonated with me on a profound level.

Fast-forward to 2021 and after roughly 21 years, The Pokémon Company, Nintendo and Bandai Namco Games are releasing a new version of Pokémon Snap appropriately named ‘New Pokémon Snap.’ While the new game adds welcome layers of complexity to Pokémon Snap‘s simplistic point-and-shoot formula, it still manages to hold true to the magic of the first game in several ways. 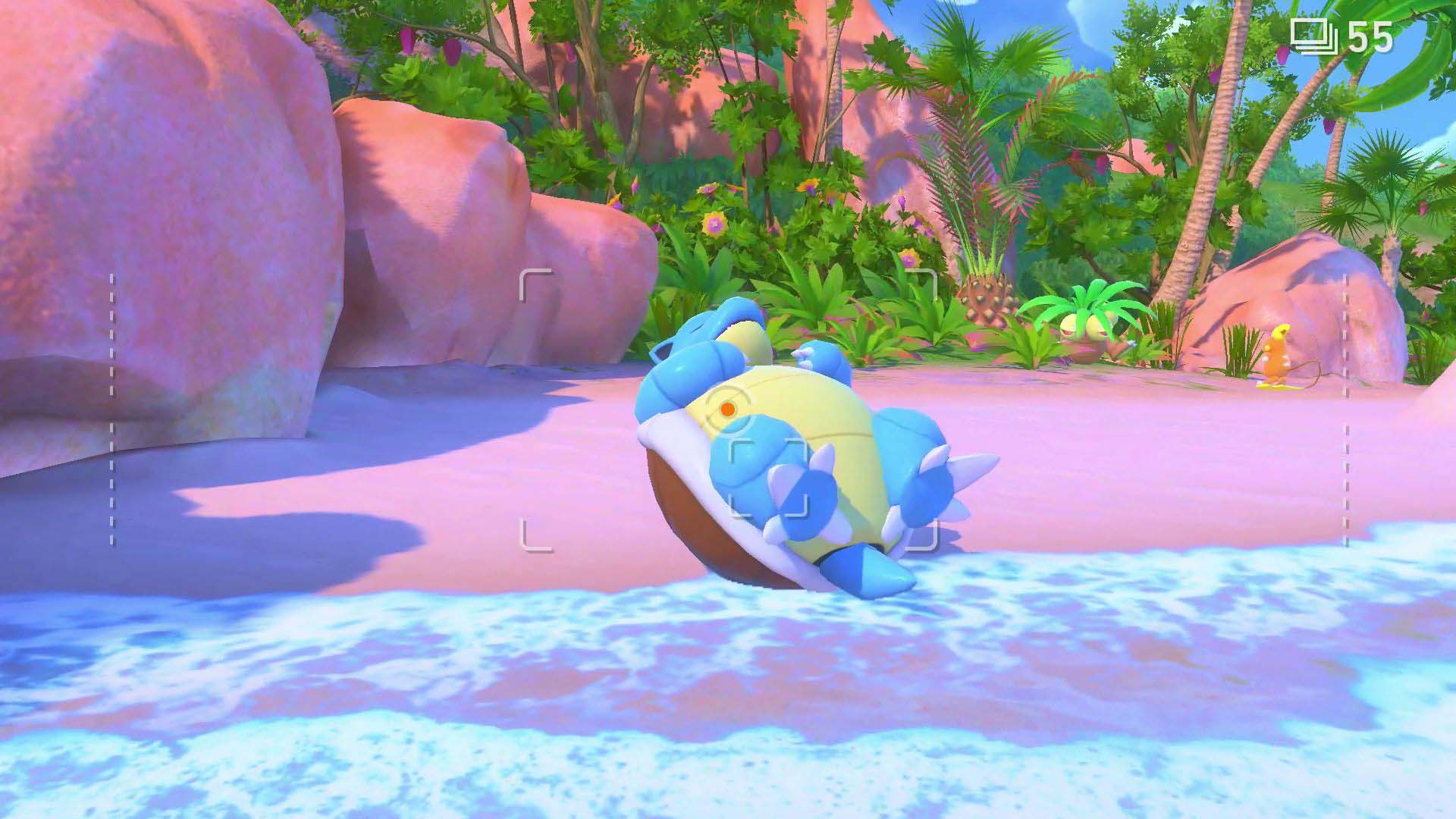 In New Pokémon Snap, you’re tasked with helping Professor Mirror and his various research assistants explore and document the Pokémon in the Lental region. If you were hoping the game ditched the original title’s on-rails formula — a move that probably would have made New Pokémon Snap feel far more dynamic — you’ll be disappointed to learn that you have no control over the ‘Neo-One’ vehicle.

You sit in the futuristic, theme park-like cart with your camera in hand and can only look around you. While this restriction is part of what makes Pokémon Snap challenging, it would be great to have the freedom to get out of the vehicle and explore at your own pace.

“While I’ve overall had a great time revisiting the world of Pokémon Snap, it’s important to note that this particular off-shoot in the Pokémon franchise won’t be for everyone.”

New Pokémon Snap is chock-full of secrets and deceptively simple puzzles, similar to the original game. There are also way more courses than were present in the first Pokémon Snap, which is a welcome change and adds a much-needed dose of variety to the experience.

Along with an abundance of courses featuring over 200 Pocket Monsters and varied locales, you’ll also encounter special tools that let you interact with the game’s plant life, fruit for feeding Pokémon, the ability to play music to make the creatures sing and new Illumina Orbs. Without giving too much away, these glowing Illumina Orb spheres result in strange and sometimes unexpected responses from specific Pokémon that net you extra points when you time your photo perfectly. 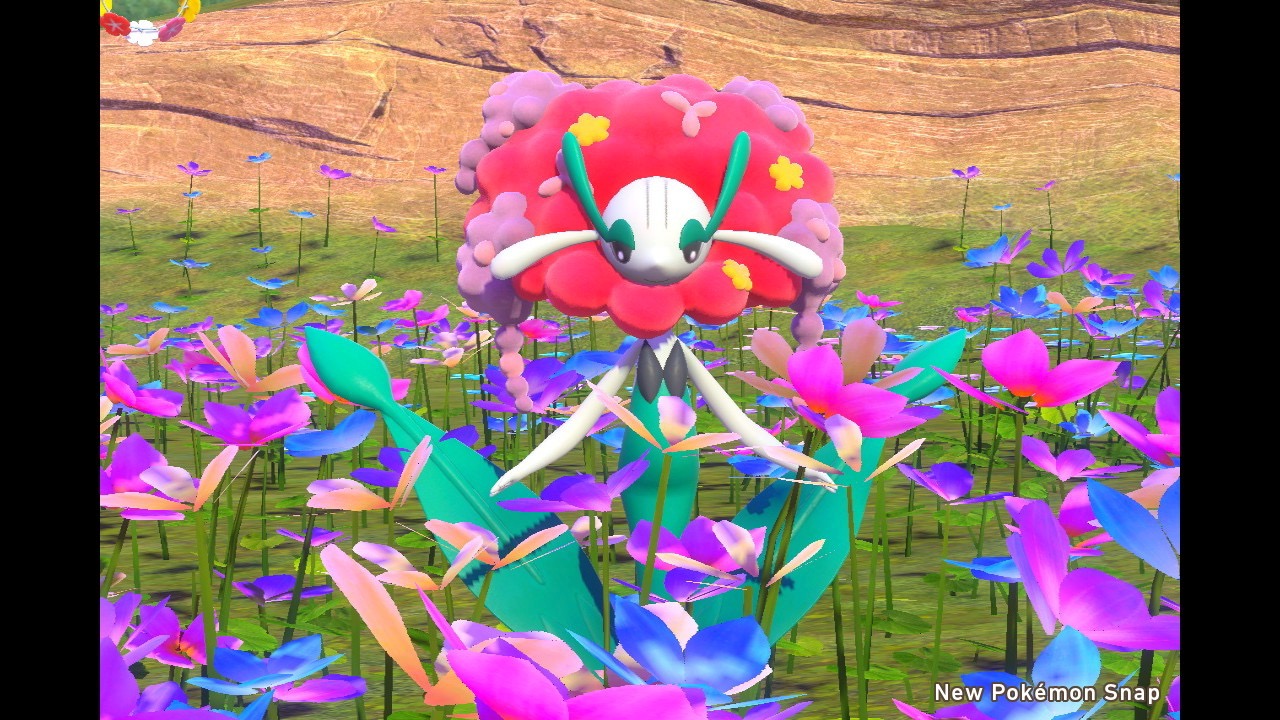 As was the case with the first Pokémon Snap, your goal in the new game is to take the best pictures possible based on the professor’s grading system. Sometimes the points awarded for photos make sense, but in other cases, they can be perplexing.

For example, a perfectly framed photo of a Florges floating through the air and looking directly at the camera can sometimes result in a lower score than a cut-off shot of it doing something slightly more dynamic. Along with an overall score, each Pokémon has four-star photo levels: ‘Bronze,’ ‘Silver,’ ‘Gold,’ and ‘Platinum.’ 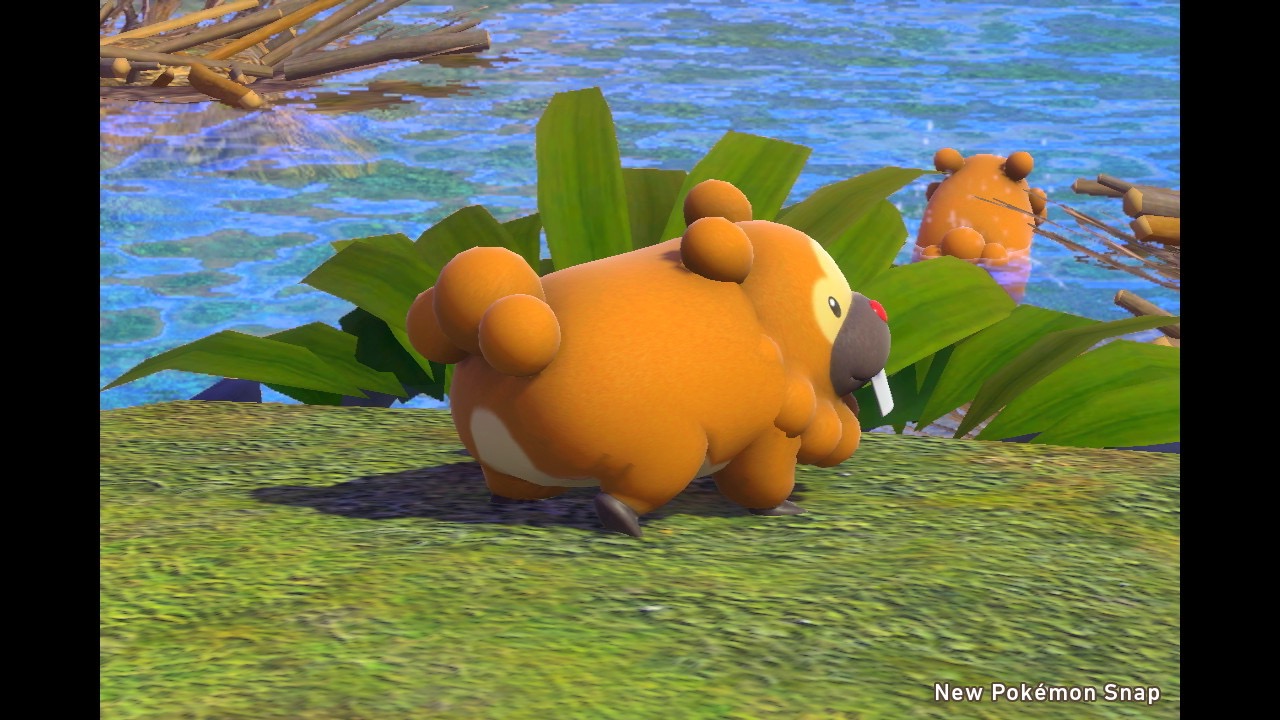 You also gain experience from your photos, which then levels up your score and unlocks new courses. Unlike the first Pokémon Snap, this gave me a reason to continue playing, though it can also feel like a bit of a grind at times and repeatedly going through the same course to try to improve your score lost its lustre pretty quickly.

Embodying the ‘New’ in New Pokémon Snap, it’s now possible to play around with your photos after taking the picture. For example, you can adjust the focus, add filters and even stickers. Given how much photography has shifted to be more about post-production over the past two decades, it makes sense for New Pokémon Snap‘s virtual Pokémon safari to include its own take on the concept. Further, new online community features allow you to upload photos to share with friends and other New Pokémon Snap players. 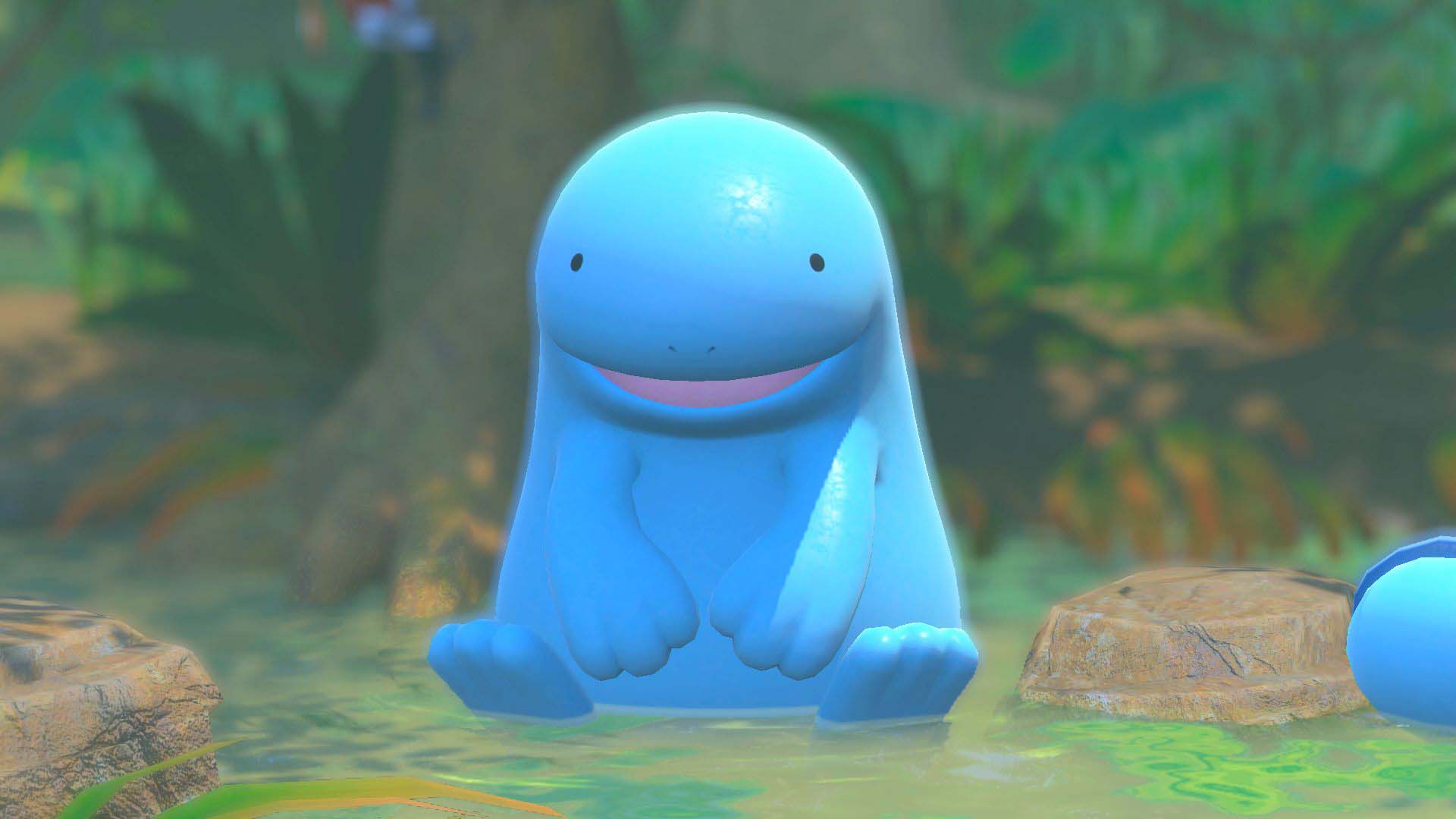 While I’ve overall had a great time revisiting the world of Pokémon Snap, it’s important to note that this particular off-shoot in the Pokémon franchise won’t be for everyone. When I say it’s slow, I really mean it; the game moves at an absolutely plodding pace that some longtime Pokémon fans will likely find sleep-inducing. Even as someone who has a strong connection to the first game, I found portions of New Pokémon Snap to feel like a bit of a chore at times.

It’s also rather strange that evolutions aren’t present in the game, especially since they were one of the more interesting parts of the first Pokémon Snap. Further, if you’re like me and have really only dabbled in the core Pokémon series casually over the last 20 years and haven’t played every entry, you’re going to run into a lot of Pokémon you’ve never seen before, which, in some ways, makes snapping photos of the creatures a little less compelling. 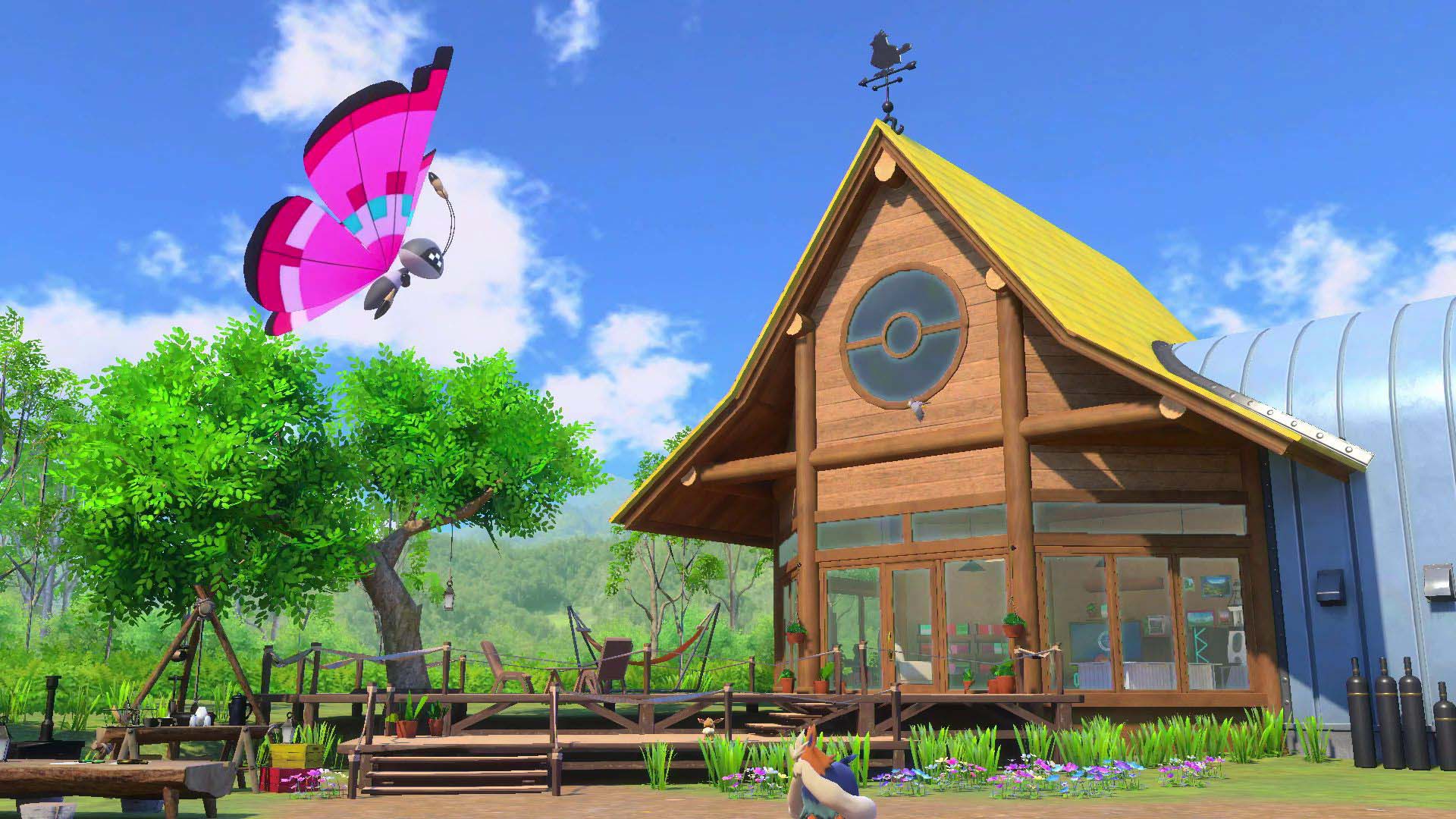 On the other hand, if you were a fan of the original game, New Pokémon Snap will feel like a nostalgic blast from the past that makes subtle efforts to modernize the Nintendo 64 classic while still retaining what made it such a unique game in the first place.

New Pokémon Snap is available now on the Nintendo Switch.

Note: There’s also a special edition Instax Printer that aims to recreate the magic of convincing your mom to drive you to Blockbuster to print out that sick picture of a Pikachu you just shot.

I haven’t spent much time with it yet, but I’ll have a story on MobileSyrup about the Intax Mini Link Pikachu-themed printer soon.