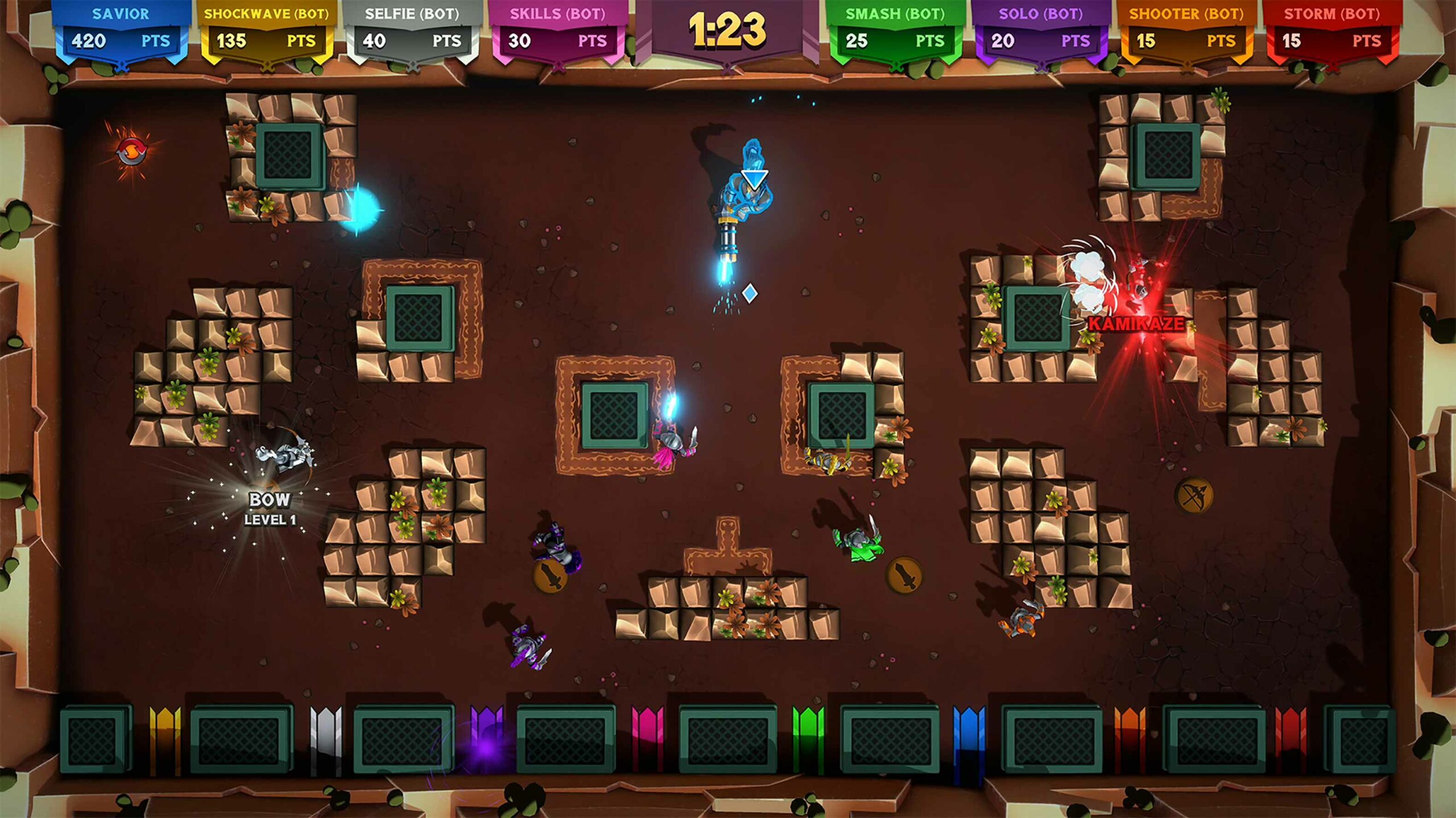 If you’re looking for a new co-op game to play with friends or family, Chainsawesome Games has you covered.

The Quebec City-based indie developer has released its latest game, Knight Squad 2, a sequel to its 2015 arcade multiplayer title.

As with the first game, Knight Squad 2 lets you pick an eccentric knight and face off against up to seven other players in a variety of zany game modes. All the while, you can use anachronistic weapons like bombs, bazookas and bombs.

According to Chainsawesome co-founder and programmer Jean Simon Otis, now is the perfect time to introduce the sequel.

“Knight Squad 1 was our second title and our first online multiplayer title, so we learned a lot from doing that. And I must say that the online part of the code wasn’t really great — it was pretty, pretty hard to work with,” explained Otis.

It’s understandable, given the first iteration of Knight Squad was, rather impressively, made in just 48 hours at a game jam. Since then, the five-person team has become even more experienced. 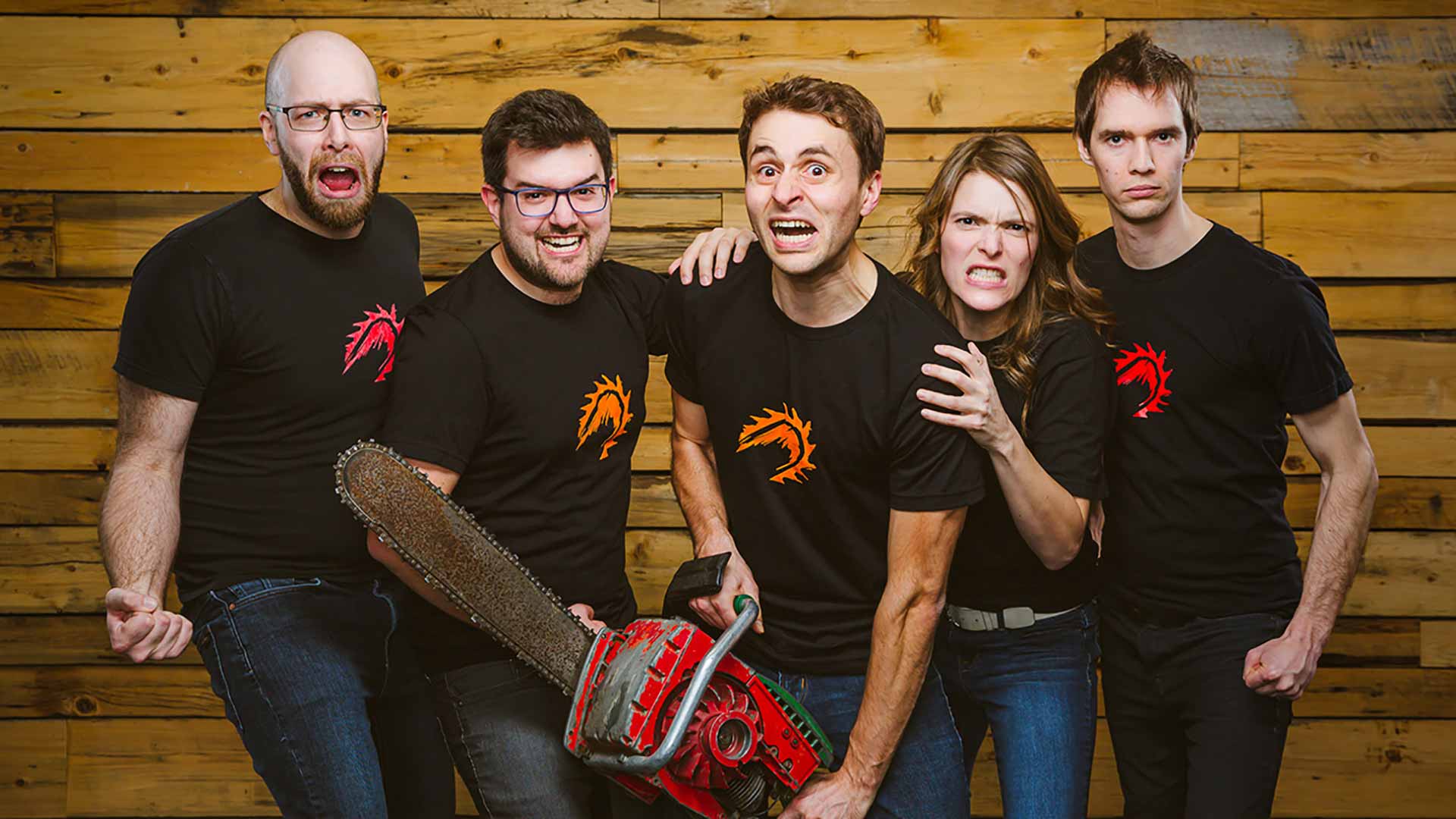 “And in between Knight Squad and [the sequel], we released [co-op first-person shooter] Aftercharge, where basically, we went in a totally different direction with an online-only 3D game compared to 3D. So we acquired a different skill set there, and we really upped our game in terms of online multiplayer. So we started with all that knowledge, and we decided, ‘hey, well, you know, there’s a lot of stuff that we didn’t really explore in the first Knight Squad.'”

Beyond allowing the team to improve the online infrastructure, Knight Squad 2 offered a means to listen to player feedback and add highly requested content.

“There’s a lot of stuff that we didn’t really explore in the first version, [so we knew] we could probably make these portions, like the new power-ups, having a second version of the power-ups and everything. So there was a lot of thinking that went through, that we couldn’t have built in the first version of the game. And a lot of people wanted variants as well, and stuff like that.” 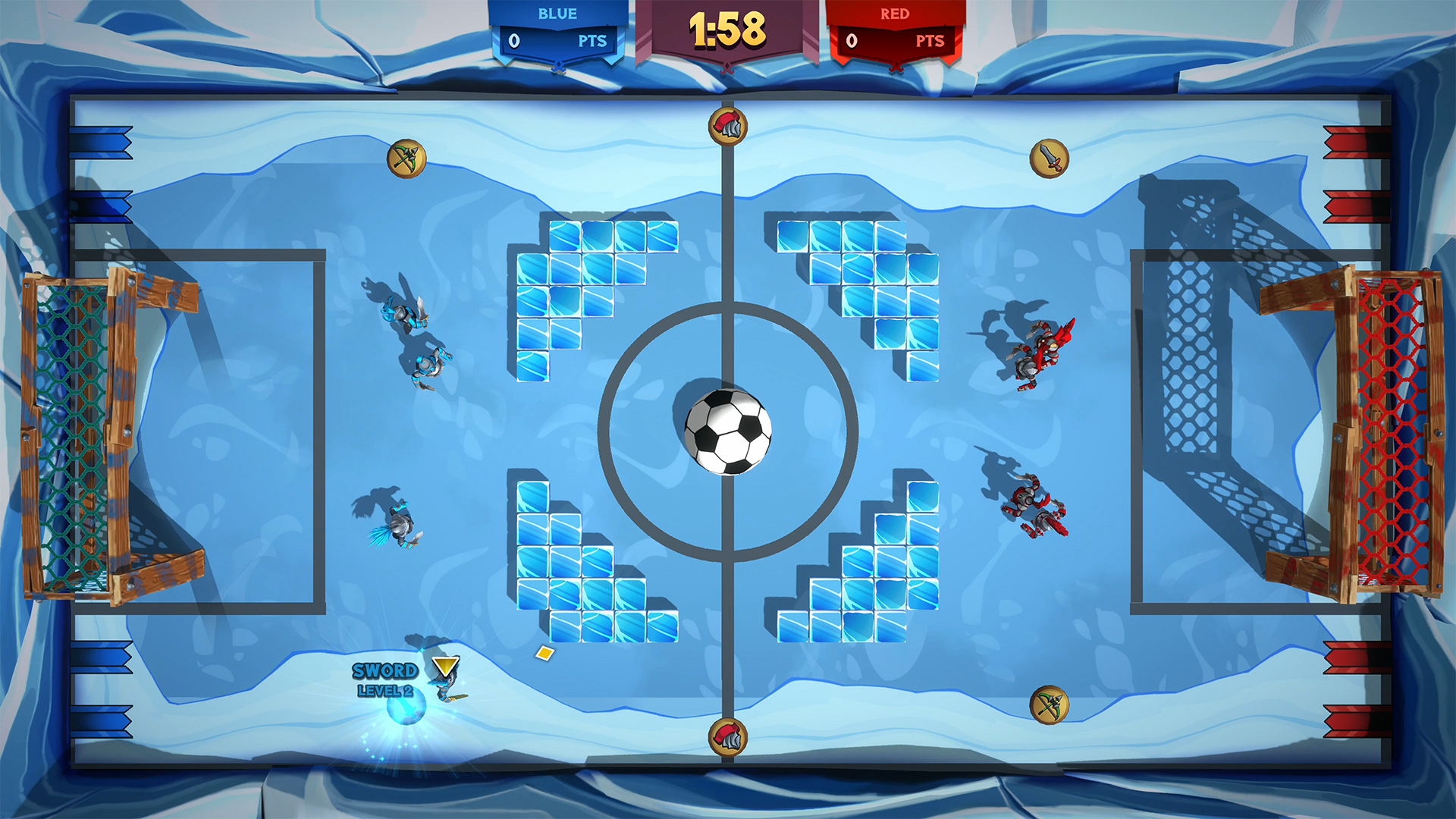 One of the biggest features of the sequel is an assortment of 13 game modes with the option to customize matches with unique gameplay modifiers and an item switch menu. This can result in all kinds of matchups, such as a Battle Royale with Shield Power-Ups only to let you survive a one-hit kill, or Soccer Mode + Starter Unicorn & Slippery Floor where you have to score while sliding around on your mythical creature.

There’s a lot of creativity on display in these modes, which Otis says is drawn in part from other games.

“How we go about building a new game mode for Knight Squad is we usually try to find some other game that does something quite interesting and fresh, and see how we can adapt that and boil it down in terms of simplicity for Knight Squad,” he explains. 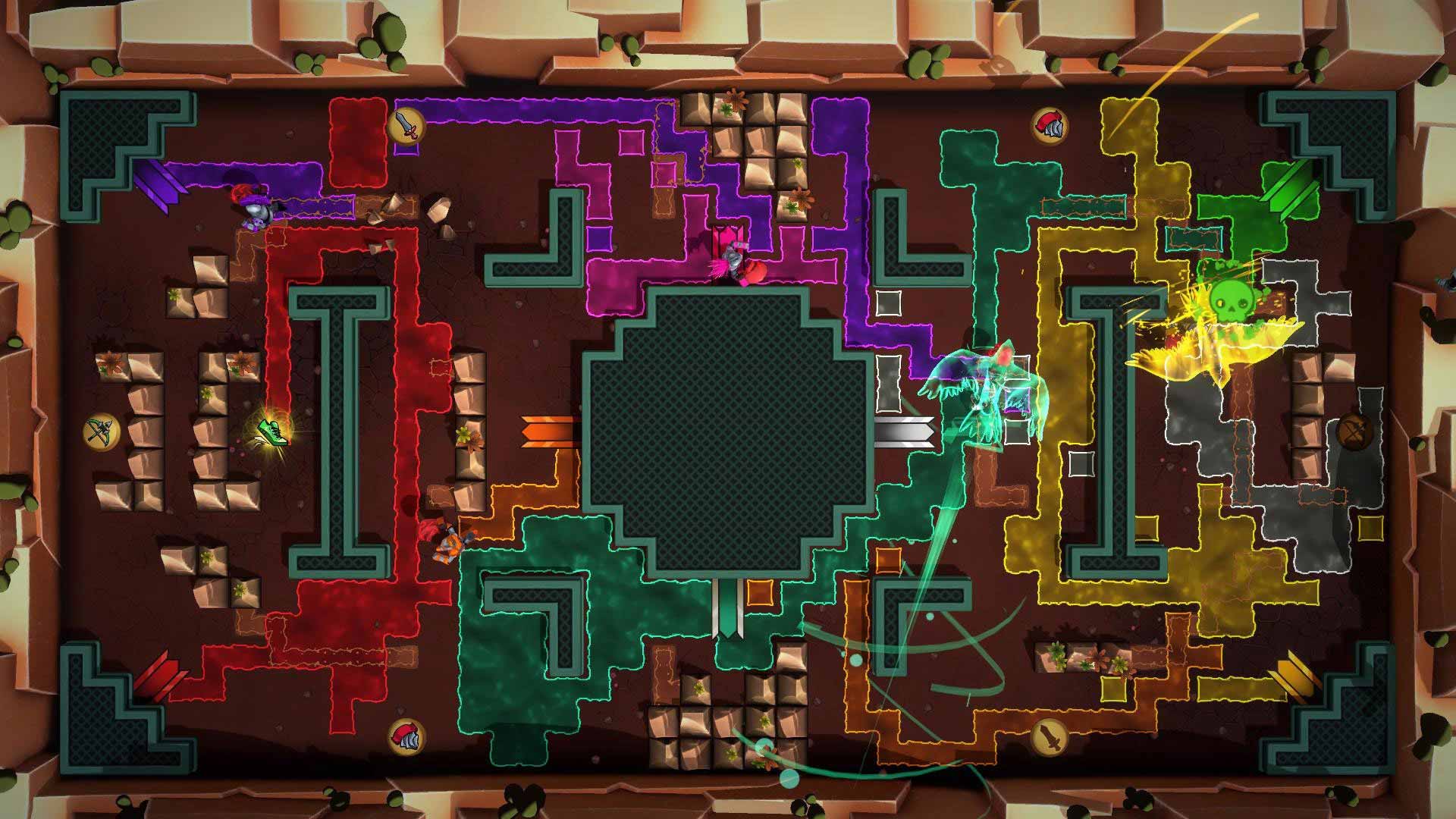 “[Take] the Painter Mode, where it’s a clear wink at Splatoon on the Switch, where you walk around and paint the ground. And as you’re painting the ground, you’re going to [earn] points and as the game goes on, the timer runs down and the team with the most points will win. So we thought, ‘Okay, well, Splatoon is doing that, so let’s just boil it down and make a super simple version of Knight Squad because everything needs to be super casual. Because people are playing with their six-year-olds, so we need to have that as easy as possible.”

Of course, the game is releasing during the COVID-19 pandemic, which presented its own challenges when developing an experience that’s perfect for couch co-op.

“Normally, we would take the game to PAXes [Penny Arcade Expos] and be on the road like three or four times a year where we have so many people play it in a weekend and we just gather feedback and everything,” he says. “So we basically shifted everything that we would be doing on the road to online, and brought people in our Discord channel to try to interact with them and get their feedback there.” 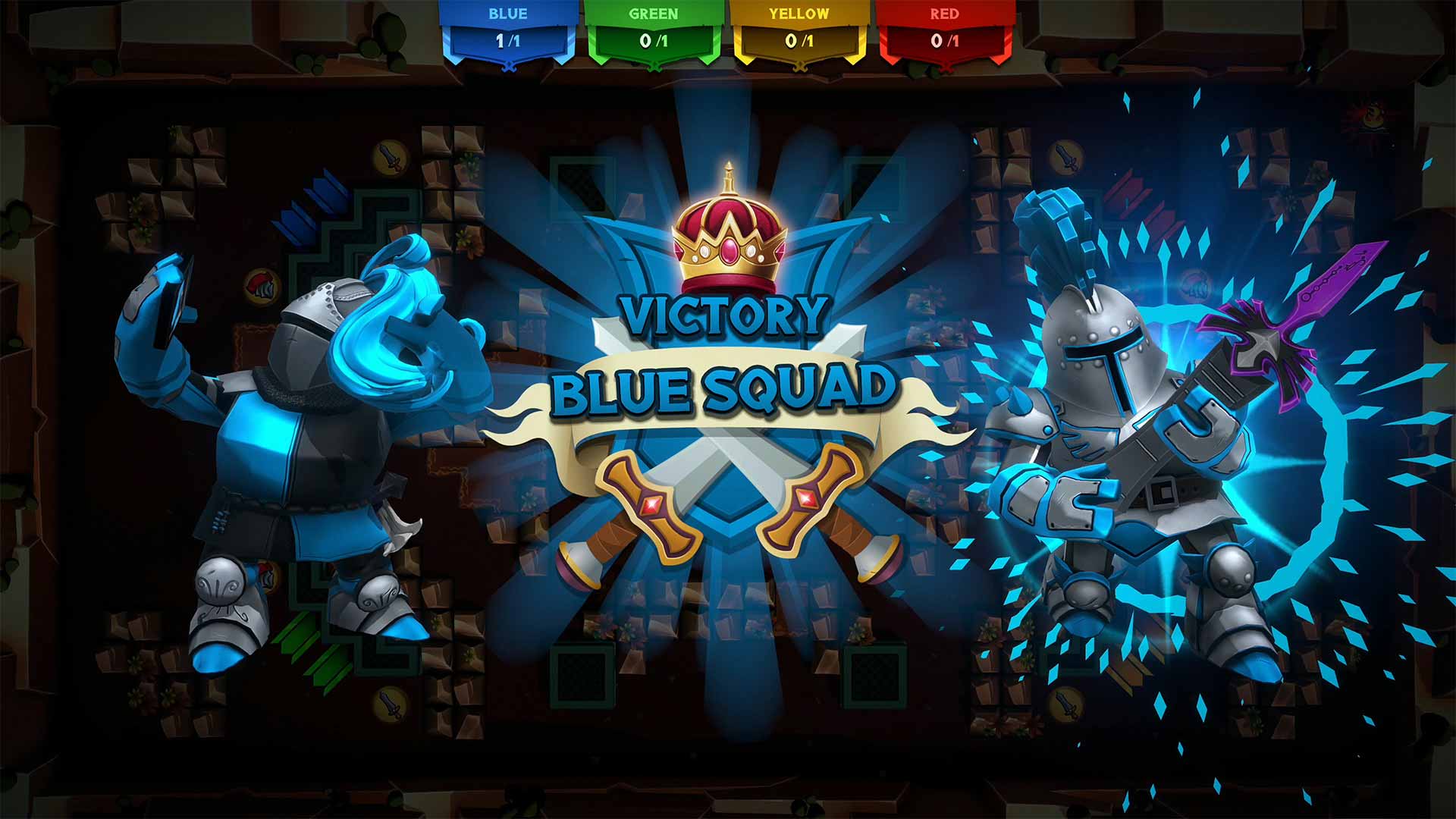 Otis also expressed gratitude for last year’s ‘Summer Game Fest’ demo event on Xbox and demo festival on Steam for letting Chainsawesome bring Knight Squad 2 to fans at home. In doing so, the team was actually able to better test the online functionality, which includes cross-play support between Xbox, Nintendo Switch and PC.

“I do definitely miss the shows and meeting new people and just showing the game there, but we did get something good out of it as well,” he says.

Ultimately, he’s looking forward to people playing it together, whether it’s in-person or online. For Otis, the “core element of Knight Squad is chaos,” which makes it so entertaining with friends. 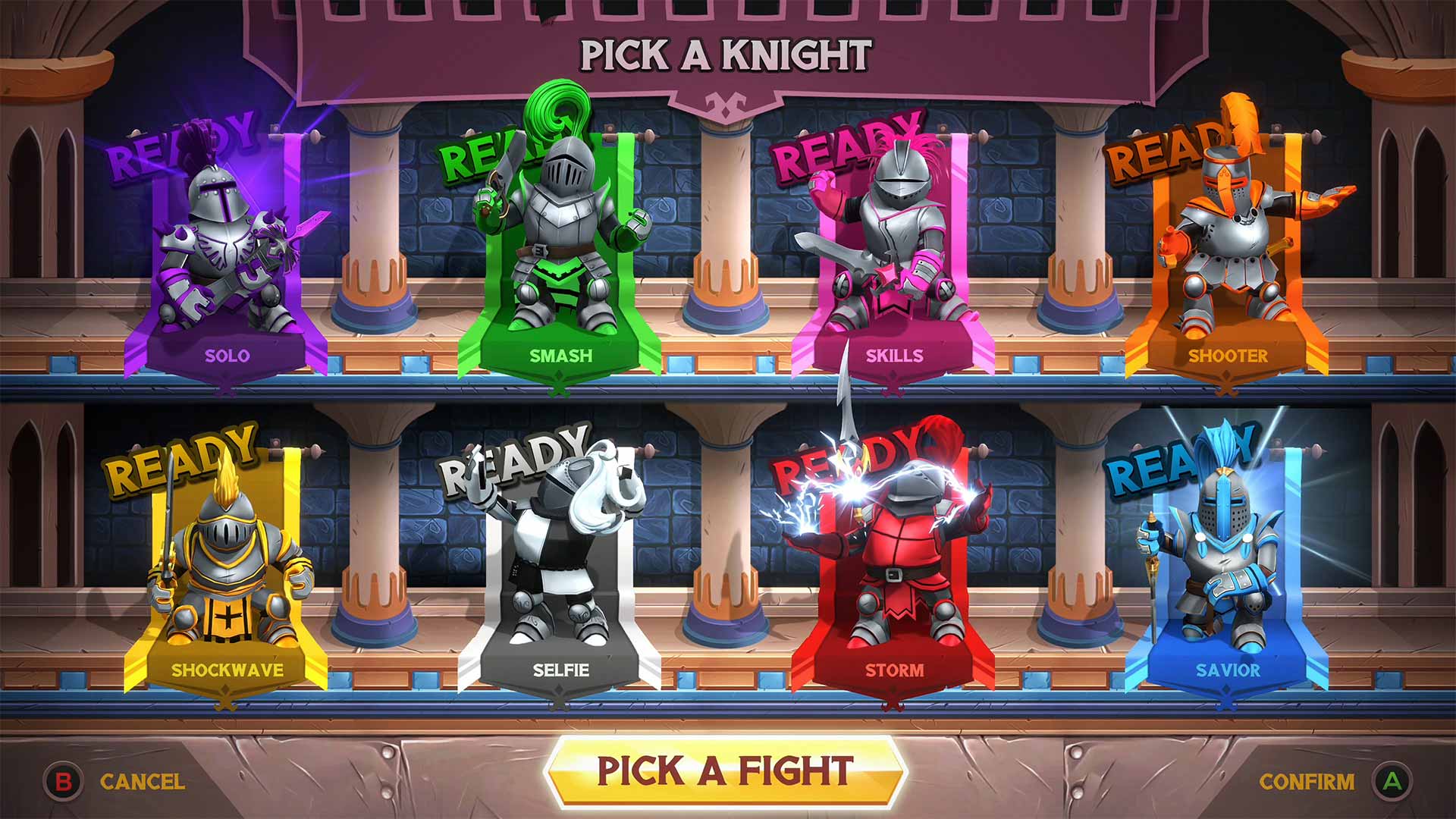 “Every knight is going to start with a sword, and they’re going to be thinking, ‘hey, well, I’m going to get bows and arrows and stuff like that.’ But then there’s a bazooka showing up and they’re like ‘hey, what’s happening? Why am I on fire? Why did I just explode?’ he explains.

“So we want to have those super chaotic moments of ‘Okay, well, I have a laser beam — I have, like, a super big laser beam.” It’s just super funny and it just keeps building like that. We just wanted something that didn’t take itself seriously at all.”

Knight Squad 2 is now available for download on Xbox One, Nintendo Switch and PC via Steam and the Epic Games Store.

This interview is part of a monthly series of features on the developers and other figures at the heart of Canada’s booming video game industry. Check out last month’s feature on the Indo-Canadian narrative cooking game Venba.